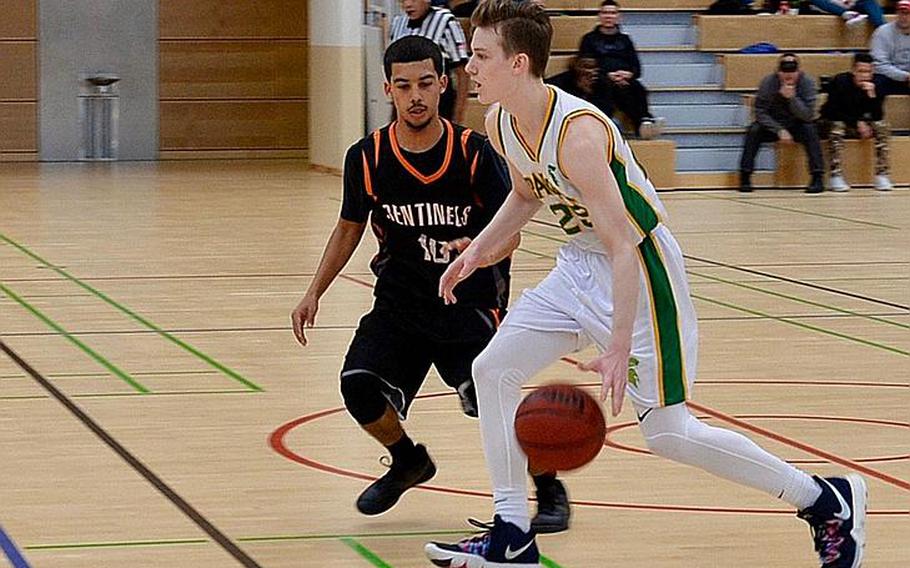 SHAPE Spartan Nathaniel Barden drives past a midcourt defender on Saturday at the Spartans game against the Sentinels. The Spartans won the game 40-38. (Will Morris/Stars and Stripes)

SHAPE Spartan Nathaniel Barden drives past a midcourt defender on Saturday at the Spartans game against the Sentinels. The Spartans won the game 40-38. (Will Morris/Stars and Stripes) 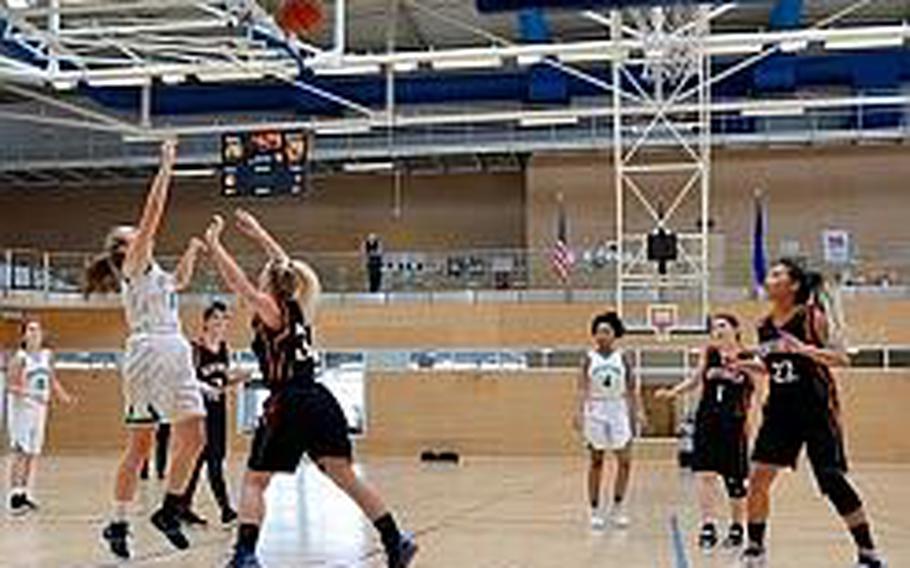 SHAPE Spartan Paulina Szymanska takes a shot over Spangdahlem Sentinel Amilia Boullion in the fourth quarter. The Spartans beat the Sentinels 39-34. (Will Morris/Stars and Stripes) 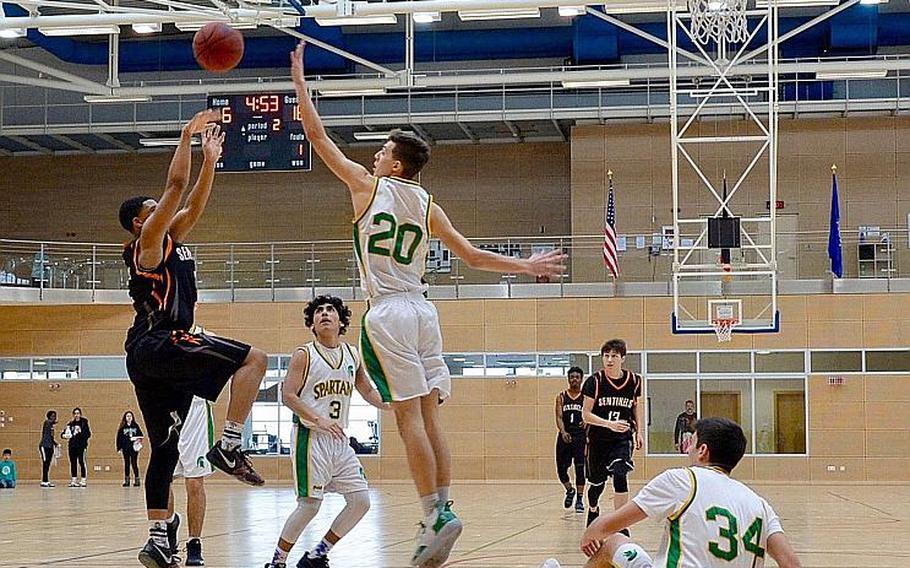 SHAPE Spartan Mackenzie Barden pushes past Sentinel Bridget Donovan for two points in the fourth quarter of the Saturday???s game. The Spartans went on the beart the Sentinels 39-34. (Will Morris/Stars and Stripes)

Girls After trailing the Sentinels for much of the game, the Spartans came back in the second half for the 39–34 win.

Spangdahlem led 18-16 at halftime. But a foul shot made in the third quarter by Spartan Mya Neal tied the score and they led 26-24 at the end of the three periods.

The Sentinels tied it again at 28-28 in the fourth period, but SHAPE regained the lead en route to the victory.

Spangdahlem coach Chris Howard said his team started strong, but a series of fouls – 10 in the third quarter - put them in a bad position.

“Those fouls take it out of you, you just can’t get back into a rhythm,” he said.

The high scorer for SHAPE was Madison Barden with 18 points, while Lorelai Vargo led Spangdahlem with 10.

Boys The Spartans led the Sentinels for most of the game, but in the third quarter Spangdahlem rallied and the two teams went back-and-forth until the final buzzer with SHAPE prevailing for a 40-38 victory.

Eddie Dejeny’s free throw with 1 minute, 39 seconds left in the fourth tied the score at 36-36.

The two teams traded baskets in the last minute of the game, SHAPE then scored to go up in front.

The Sentinels’ Deon Montgomery – who led all scorers with 17 points – missed a half-court buzzer shot.

The high scorer for SHAPE was Dimitrios Fougias with 10 points.