Spangdahlem youth plays it cool on the ice 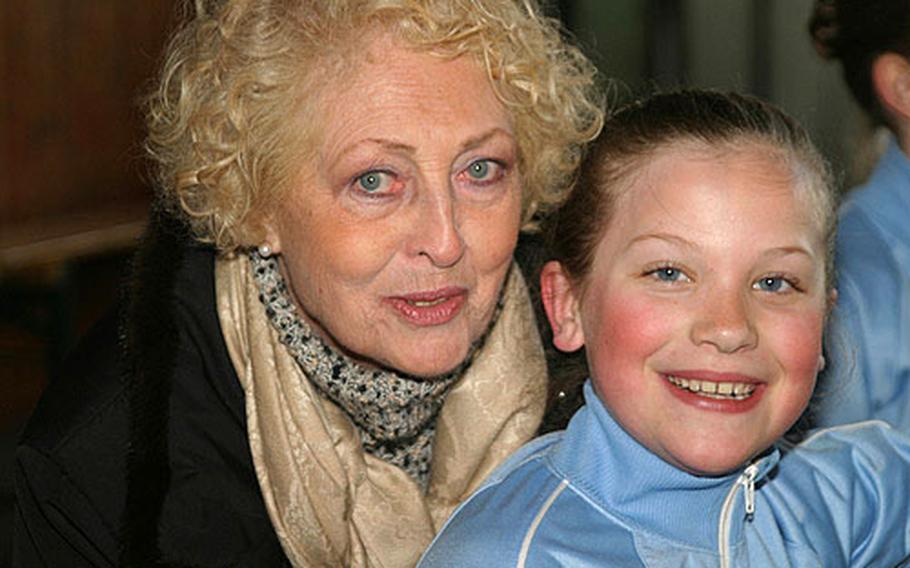 Michaela Arnold, left, a coach for the German ice skating club E.V. Bitburg, poses with 9-year-old Brianna Checkley, an American who recently won her age-group championship for the German state of Rheinland-Pfalz. ()

Michaela Arnold, left, a coach for the German ice skating club E.V. Bitburg, poses with 9-year-old Brianna Checkley, an American who recently won her age-group championship for the German state of Rheinland-Pfalz. () 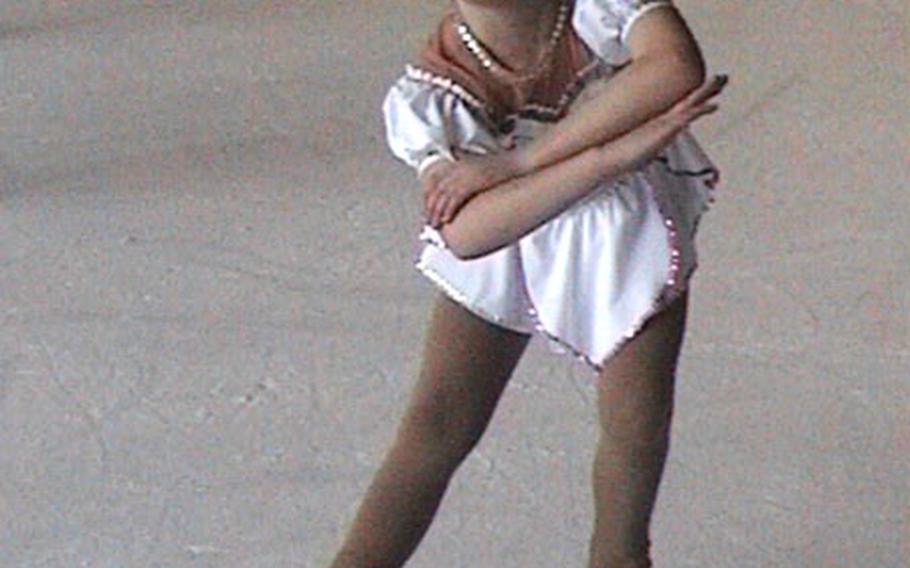 Brianna Checkley, a 9-year-old fourth-grader at Spangdahlem Elementary School, won the Rheinland-Pfalz state championship for her age group this year. She&#39;s been skating for 2½ years. ()

Nine-year-old Brianna Checkley is a figure skating champion partly because of the joy she derives from her sport.

And, according to her coach, partly because she lets that joy shine through in competition.

Last month, Brianna, a three-time club champion, was crowned the best in her age group in the German state of Rheinland-Palatinate. Given that she is the first American to win that title, the smile isn&#8217;t all that&#8217;s unusual about the Spangdahlem Elementary School fourth-grader.

Start, for example, with her ability to come through in the clutch, as she did in the Rheinland-Palatinate meet. She competed against 19 skaters from three countries &#8212; including a boy.

&#8220;[Brianna] was in second place after the short program, but her first place in the long program clinched her title,&#8221; said her mother, Mia, a training technician at Spangdahlem Air Base.

Then, there was the issue of that boy.

And there was an equipment dilemma that might have wrecked many a young skater&#8217;s psyche.

Brianna began skating when the family arrived in Bitburg in 2001, following the example of her older sister, 14-year-old Chelsea, who&#8217;s been skating for five years.

Like all beginners, Brianna had a few reservations at first.

That will require a lot of hard work, which she is willing to put in. Between private lessons and club practice, Brianna and her sister skate five days per week during the skating season that runs from October to April. In the summer, both attend skating camps, Brianna at a two-week camp in Willingen, Germany, that involves five-hour sessions per day. Also scheduled in the off-season is dry-land training with the club involving jump rope and ballet, to strengthen the leg muscles needed for jumps.

Brianna&#8217;s coach believes the young skater&#8217;s dream is not an impossible one.

Arnold said that attitude plays as much of a part in Brianna&#8217;s progress as her natural aptitude.