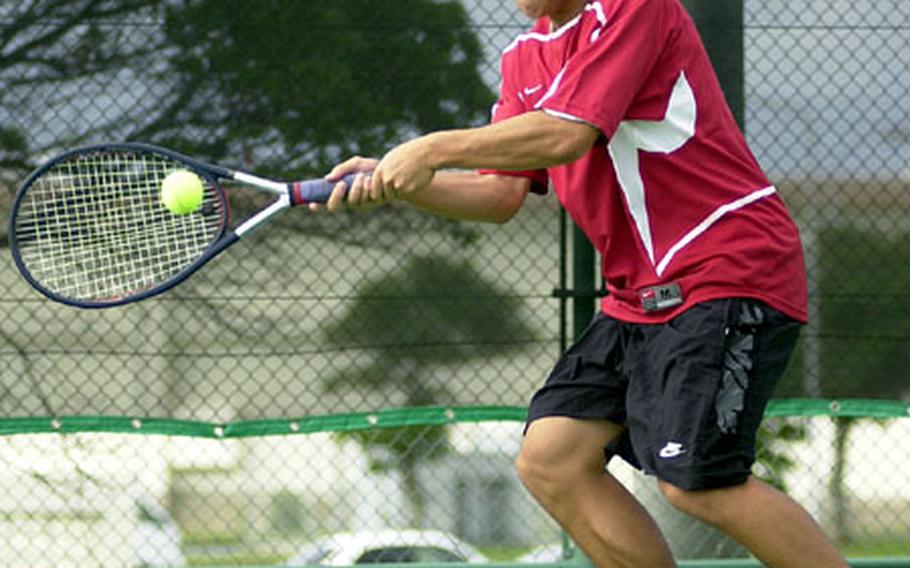 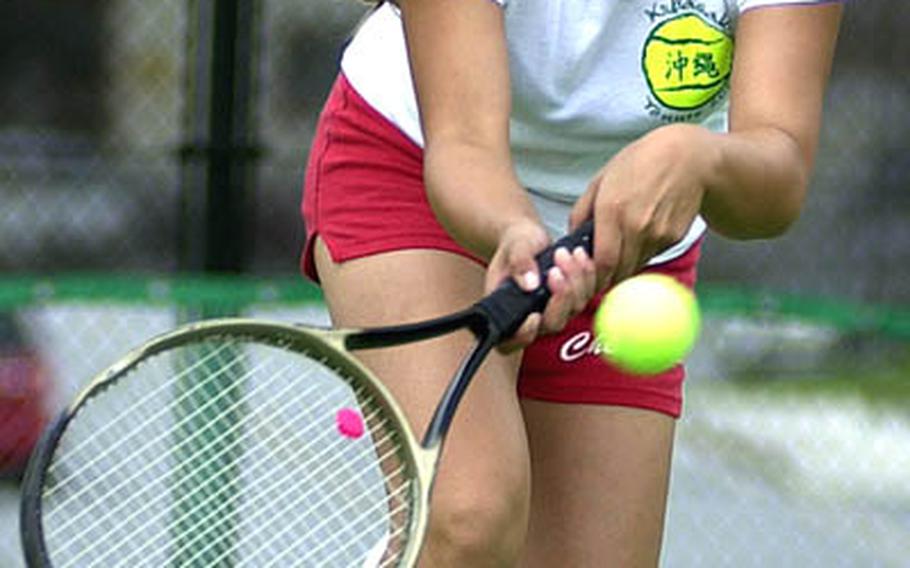 &#8220;Anthony is the key to this team,&#8221; coach Hoa Nguyen of Soroka, who assumed the burden of team leadership from Amy Lopes, last year&#8217;s Far East tournament girls singles champion who transferred to Arizona.

Soroka did not finish the season entirely unscathed. He also won six of six boys doubles matches with playing partner James Arceneaux but in his lone mixed doubles match &#8212; on Thursday &#8212; Soroka and Selyssa Ordorica fell 6-2 to Kubasaki&#8217;s Garcia and Cait Frandsen.

That didn&#8217;t stop Kadena from capturing the overall team championship, which it has every season since Nguyen began coaching the team in 2001; Kadena won the Far East tournament title for the second time in school history last year.

&#8220;We have a lot of younger players who learn from the veterans, get stronger and keep the program going,&#8221; Nguyen said.

Delossantos, meanwhile, no longer will be remembered just for playing last year&#8217;s Far East tournament with a shredded toenail.

With the regular season complete, the Panthers&#8217; and Dragons focus on the Nov. 9-11 Far East tournament, being played on Guam for the first time since its 1979 inception.