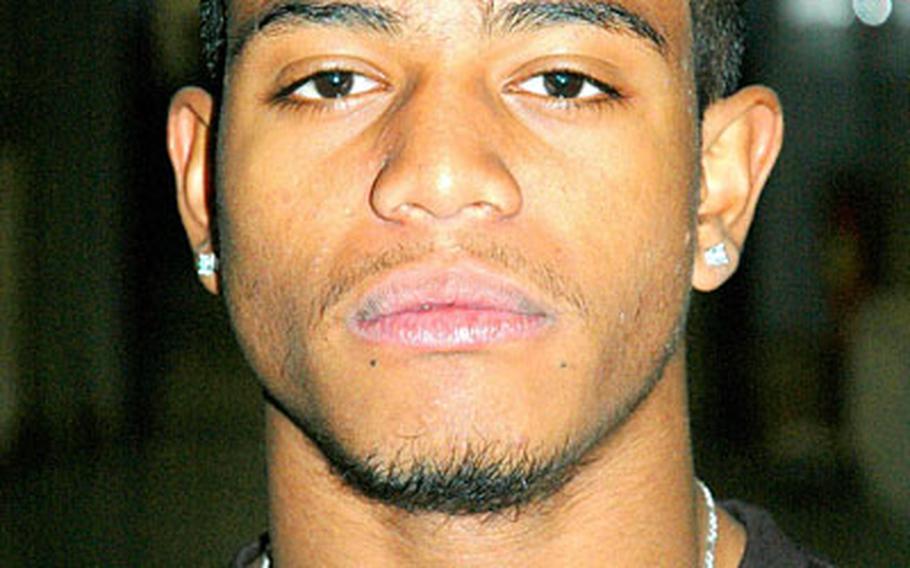 Heidelberg&#39;s Lewis Allen, a two-time All-Europe running back, is hoping to get a football scholarship and has contracted with The Athletic Group to help him get one. (Raymond T. Conway / S&S)

Trouble is, as hundreds of promising military community athletes before him have discovered, Allen&#8217;s over here and the scholarships are back there. To bring them together, Allen looked for help from someone who&#8217;s overcome the same barrier.

Enter Greg Peel, who &#8212; along with his partner Andre Baldwin &#8212; founded The Athletic Group, a college athletic recruiting service, five years ago.

Peel, ill-positioned for an athletic grant, instead used an Army ROTC scholarship, which allowed him to go to school, run track and earn a commission.

Still, Peel figured, there&#8217;s no reason that athletes who are outside normal recruiting circles should miss out on athletic awards. After five years in the Army and five more in corporate America, Peel launched TAG, a service he believes is vastly different from the scores of other recruiting firms.

&#8220;Andre and I are both former college athletes,&#8221; Peel said. &#8220;Our strategy is to prepare the parents to deal with college recruiting. We hook them up with our data base, College Sports Connector, and let them pick the schools their athlete might want to attend.&#8221;

The parents, including Allen&#8217;s, are then left to call the schools and ask the coaches if they&#8217;re interested in recruiting their son or daughter.

Peel&#8217;s agency charges clients between $500 and $1,000, depending on level of service selected. For that price, Peel edits a video for each client and provides his data base and follow-up services. Clients also receive academic and SAT advice and are eligible to attend major recruiting combines.

George said recruiting firms generally use an appearance of effort to conceal their ineffectiveness.

&#8220;What these services do is send out a general mailing to various colleges,&#8221; George said, citing his experience at Auburn. &#8220;The colleges put the athletes into their database and send them a letter. The services look like they&#8217;re doing a bang-up job when the customer gets letters from all these schools. What they don&#8217;t tell you is that a major college will send out as many as 5,000 letters inviting players to send in videotapes.&#8221;

Hopefuls might as well spend their money on lottery tickets.

Peel says his recruiting service is different, because parents help target which coaches are interested.

Such targeting is vital, he said.

Once the coach gives the OK, Peel produces a video that he says entails more than just copying game films.

And Peel said he has extra incentive for driving on.