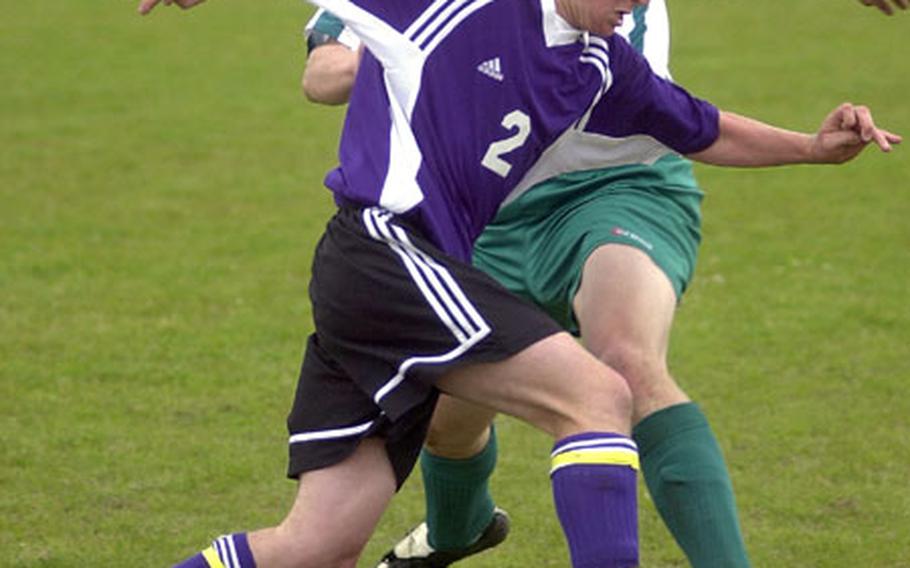 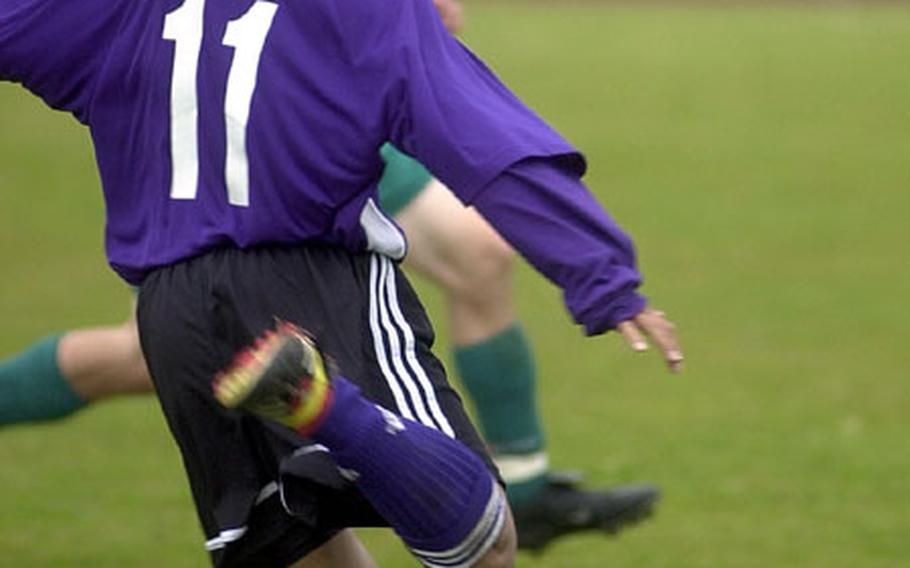 Mannheim&#39;s Josh Quiocho gets off a shot in front of AFNORTH&#39;s Kurtis Kennedy during a DODDS soccer match in Mannheim, Germany, on Saturday. (Raymond T. Conway / S&S) 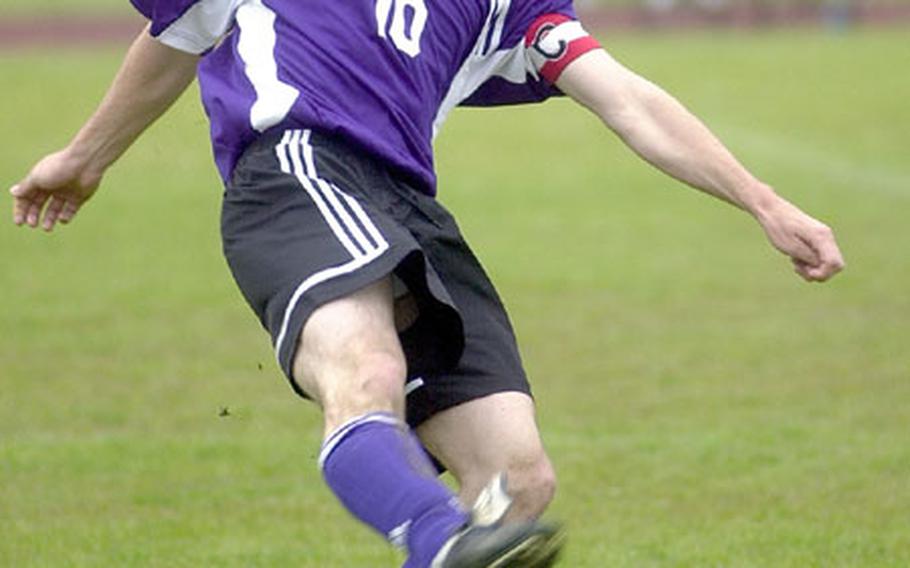 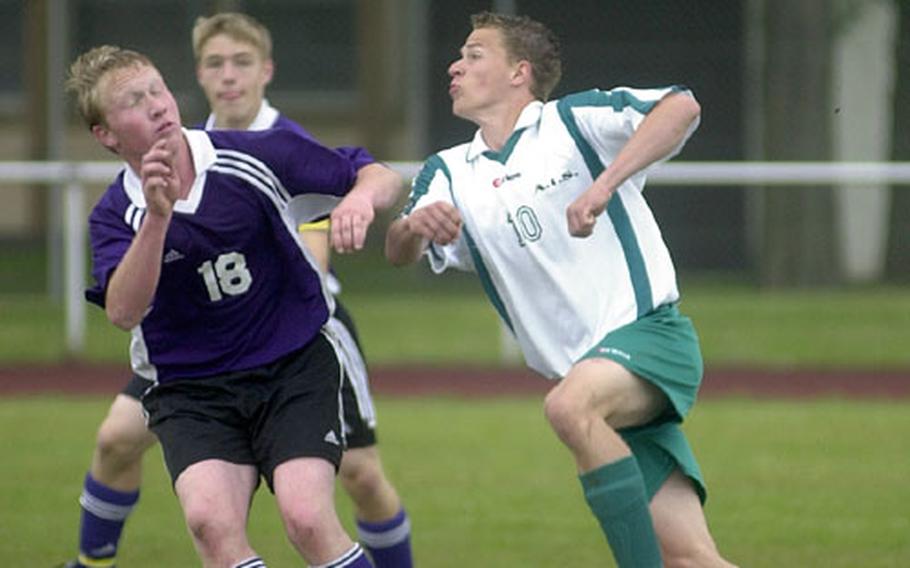 RAF LAKENHEATH, England &#8212; Already assured of a berth in this week&#8217;s European Division III high school soccer tournament in Baumholder by virtue of their league championship, London Central claimed the III-North regional championship Saturday with a 2-0 victory over Brussels.

Mannheim will take a 5-0-1 record into this week&#8217;s European Division II tournament Thursday through Saturday at AFNORTH. The Lions finished the regular season 3-3 in conference play.

WIESBADEN, Germany &#8212; Kevin Thorne scored twice and Xavier Otero once as Heidelberg (7-0) completed a perfect regular season with a 3-1 victory over Wiesbaden.

Matt McMillan added an assist for Heidelberg, which will try for its seventh straight European Division I title Thursday-Saturday at Ramstein. The Lions went 6-0 in conference play.

Wiesbaden, on Danqua Mills&#8217; unassisted first-period goal, was tied with Heidelberg 1-1 at halftime. The Warriors, whose Ryan Price made 15 saves, competed their regular season 3-3 overall and 2-3 in the league.

RAF LAKENHEATH, England &#8212; Tournament MVP Jaci Craig paced the Brussels girls to a 5-1 victory over Menwith Hill on Saturday in the championship of the Division III-North regional qualifying soccer tournament.

WIESBADEN, Germany &#8212; Rebeccah Drennan scored two goals to give her 15 in seven games, and goalkeeper Shiena Bustamante posted her sixth straight shutout as Heidelbeg completed the regular season 7-0, 6-0 in Division I play.

The two-time defending European champion Lady Lions, who didn&#8217;t yield a goal in conference play, will take the No. 1 seed into the 2003 European Division I tournament scheduled Thursday-Saturday in Ramstein.

Harley Reyna-Reyes, off a feed from Jessica Linka, scored the game-winner with just over two minutes remaining. Her strike allowed Vilseck, which got unassisted goals from Krystal Trinidad and Sara Starbath, to finish the season 4-0-1.

Black Forest (4-1-1) suffered its first loss of the season.