Smith will go from Europe courses to NCAA treks 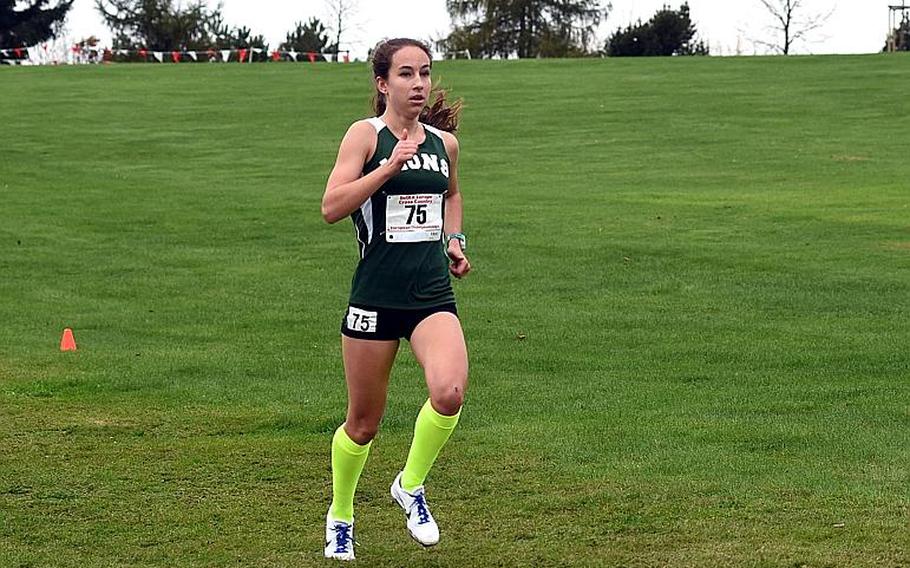 It’s not just cross country rivals that have been trailing St. John’s International senior Kayla Smith over the course of her esteemed prep career. Major college programs have taken notice as well. Now, Smith’s future has been made official.

Smith, the Stars and Stripes girls cross country Athlete of the Year and DODEA-Europe individual champion for the third straight season, has signed a letter of intent to attend and run for Boston College, an NCAA Division I program competing in the Atlantic Coast Conference. Smith chose the Eagles after also receiving interest from schools including Virginia, William & Mary, Northwestern and Yale.

Smith said “the whole atmosphere” of BC appealed to her when she made her campus visits.

“I got to meet their cross country team and I really connected with a lot of the girls,” Smith said. “I really felt that was the place for me.”

Smith heads to college after also finding a place in DODEA-Europe circles - namely first place. While the Belgium-based St. John’s program follows an international competitive schedule well beyond the brief DODEA-Europe season, Smith has particularly fond memories of the race she dominated over the past three seasons.

“That’s one of my favorite races every year, going there to Baumholder,” Smith said. “It’s really a lot of fun for the team. It’s just been a really great experience.”

Another great experience locked in Smith’s future as an NCAA athlete. After exchanging emails with BC coaches for months, an Eagles coach got a live look at Smith when the coach attended a meet in Belgium to see another runner, Smith explained. Smith happened to be competing in that same meet, and made an indelible impression.

Smith said the signed letter of intent “does take the pressure off” of her senior season, but more in terms of academics than athletics. Smith plans to study biochemistry at Boston College.

“I never put too much pressure on myself for running,” Smith said. “I still want to run fast for myself and really keep improving.”

Smith is confident her experience balancing a demanding academic workload with intense athletic training has her ready to take the next step on both fronts.

“I definitely feel I’m very prepared for it,” Smith said.