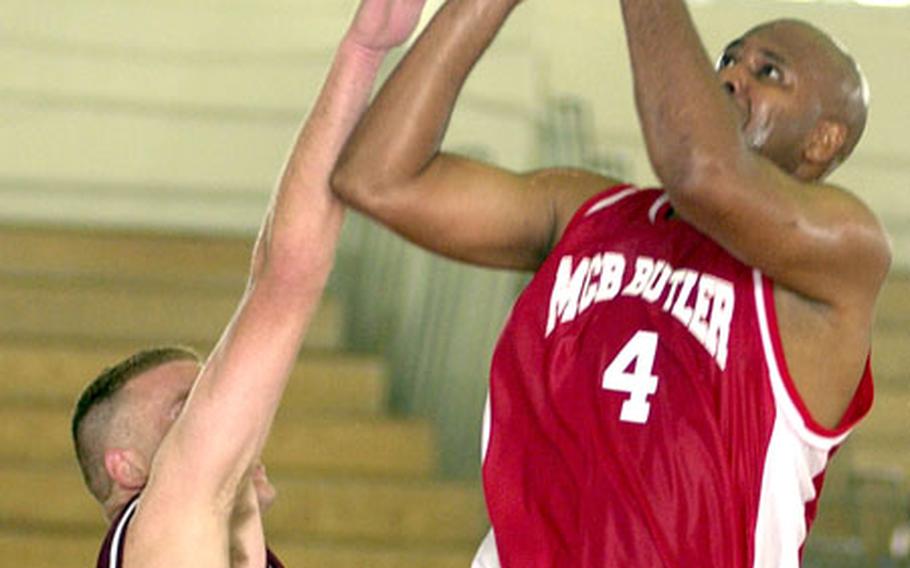 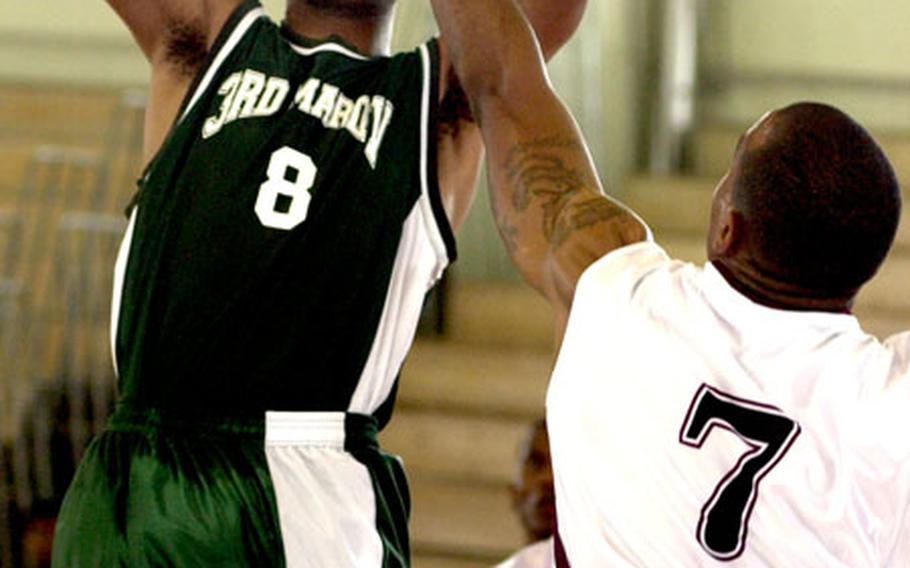 That 3rd Force even entered the tournament was a feat, Wohlgemuth said. In addition to deploying troops, one of the group&#8217;s units faces an inspection this week; two others are changing commanding officers.

Third Force tried to add two players to the roster all the way up to the starting time of its first game. The two managed to get command-endorsed orders to go to the tournament but by then, the first game had begun.

&#8220;We explained to the coaches&#8221; at their pre-tournament meeting &#8220;that once their first game began, all teams&#8217; rosters are frozen,&#8221; said Mike Walker of Marine Corps Community Services Semper Fit Athletics, which oversees the tournament program.

So why bother suiting up just six bodies?

Each of the tournament&#8217;s other five teams is fielding eight players or more but on average, just two to three players per team returned from a year ago.

Only a handful of past All-Marine players, such as Jimmy Wheeler and Kyle Scott of 3rd Marine Division/Expeditionary Force, and last year&#8217;s tournament MVP, Yonnes Sanders of Base, dot the tournament rosters.

His coach, Greg Mitchell, who has coached five different teams in this tournament over the past decade, says the current wartime climate has changed every team&#8217;s face.

Because of the roster shuffle, picking one team that stands out above the rest is difficult, Mitchell said.