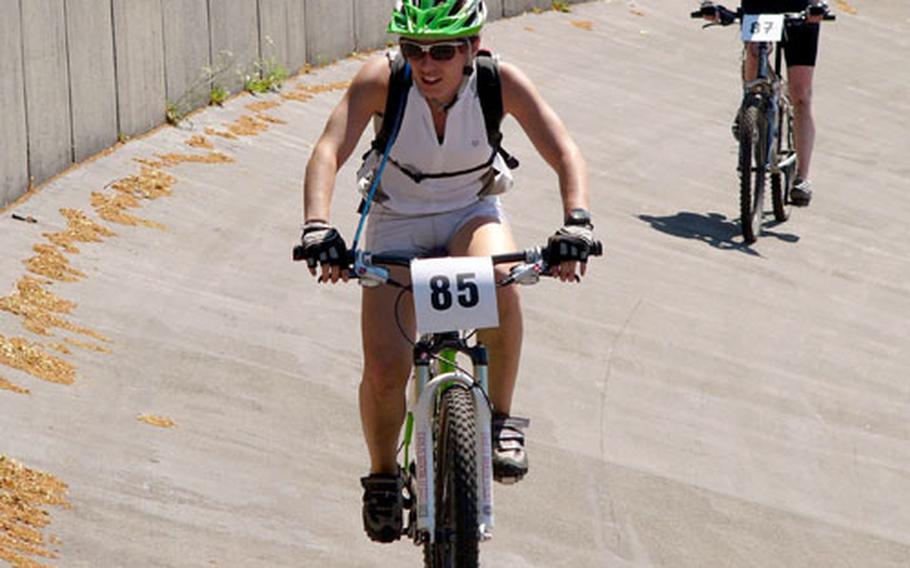 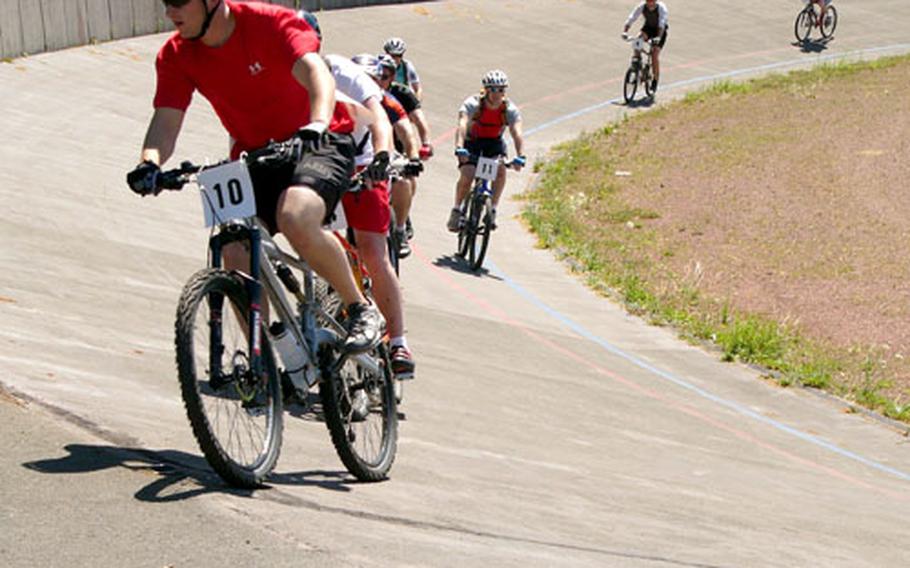 Jeremy Spalding of Miesau leads a portion of the men’s open and senior field out of the velodrome and into the mountains at Sports Club Schopp in Schopp, Germany, to start Sunday’s Ramstein Mountain Bike Race. (Rusty Bryan / S&S) 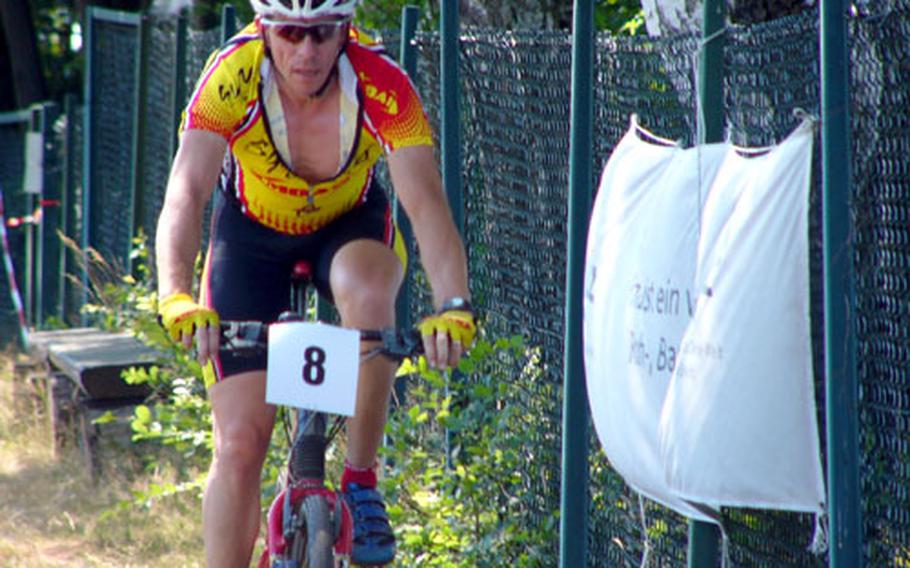 He won the open race, intended for riders aged 18-29, instead.

Getting a chance to go the extra mile however, didn&#8217;t come without jumping a hurdle or two.

Whatever the officials said, the extra distance made no difference to Sharp, who led wire-to-wire and was never threatened in the open race despite the difficulty of this layout in the hills above Kaiserslautern.

For a change, Sharp watched as the masters field he ordinarily dominates departed from the Sports Club Schopp velodrome on their 16-kilometer ride. The course included three-quarters of a trip around the banked velodrome for every 3.2-kilometer lap.

Jeff Clayton of Stuttgart won Sunday&#8217;s masters race in 49:33, vaulting him into second place overall in the masters category. However, he still trails Sharp, who earned no series points on Sunday, by some 60 points.

Also winning a 16-kilometer race Sunday was Jessica Tomazic of Schweinfurt. She covered the distance in 1:02:00, in her first race of the season in this series. Christine Gritzke of Vilseck, who won last week&#8217;s race in Ansbach but took this weekend off to hike the Alps, and Theresa Kelley of Vilseck, also absent here Sunday, lead the women&#8217;s open series with 21 points each.