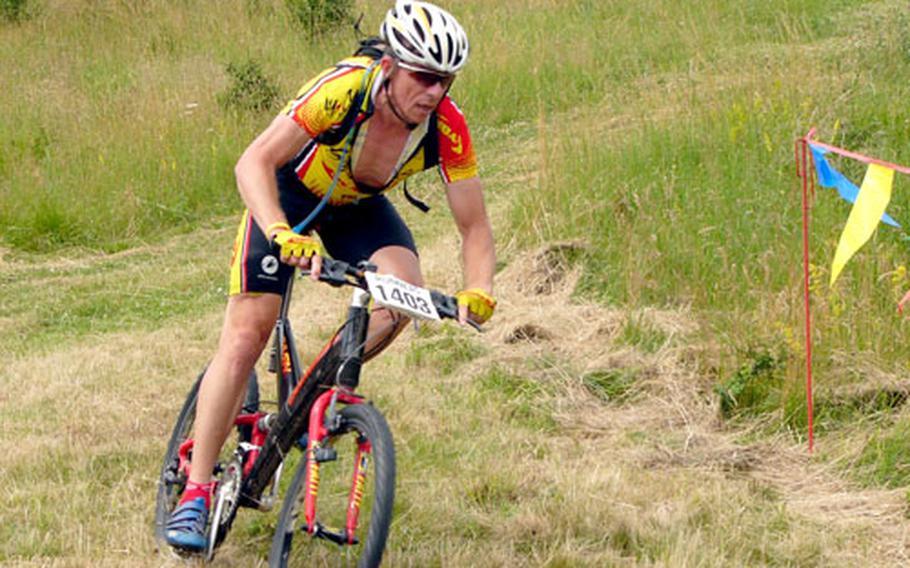 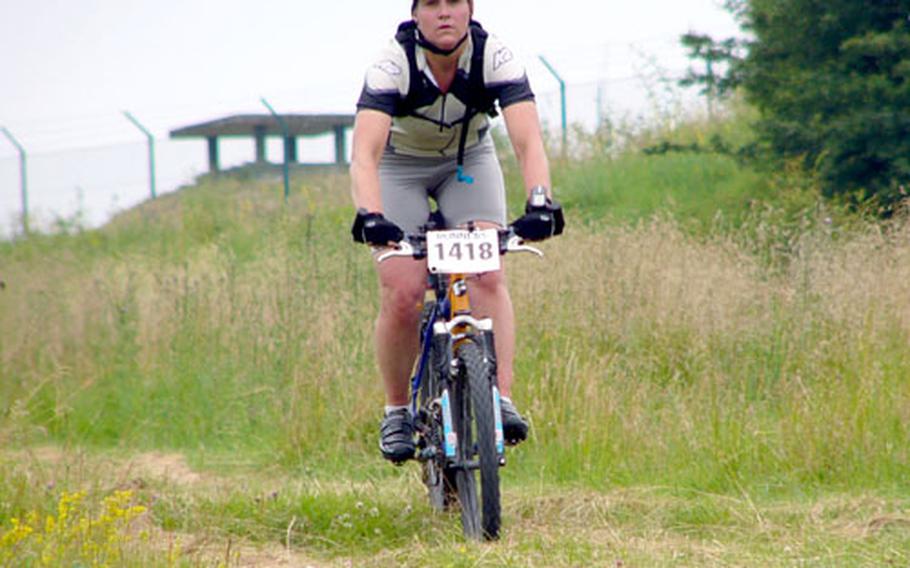 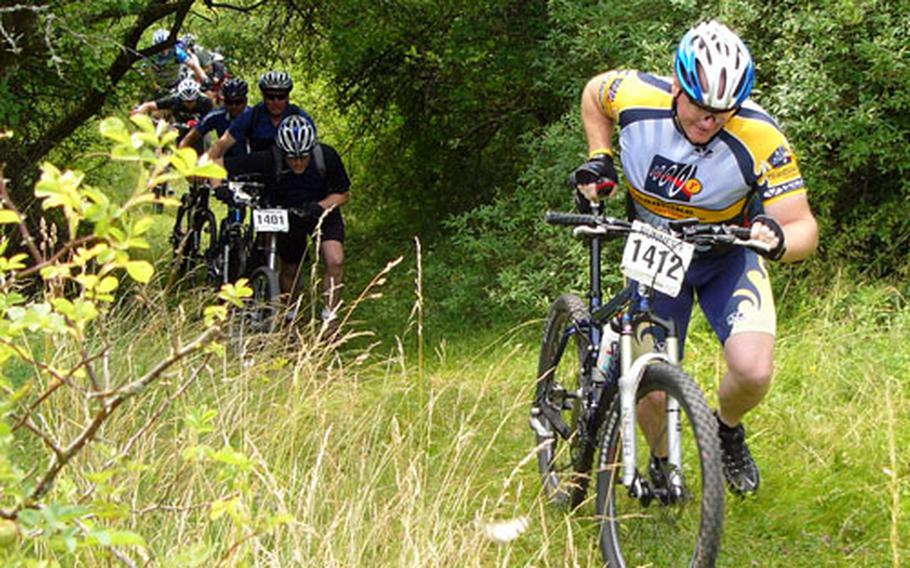 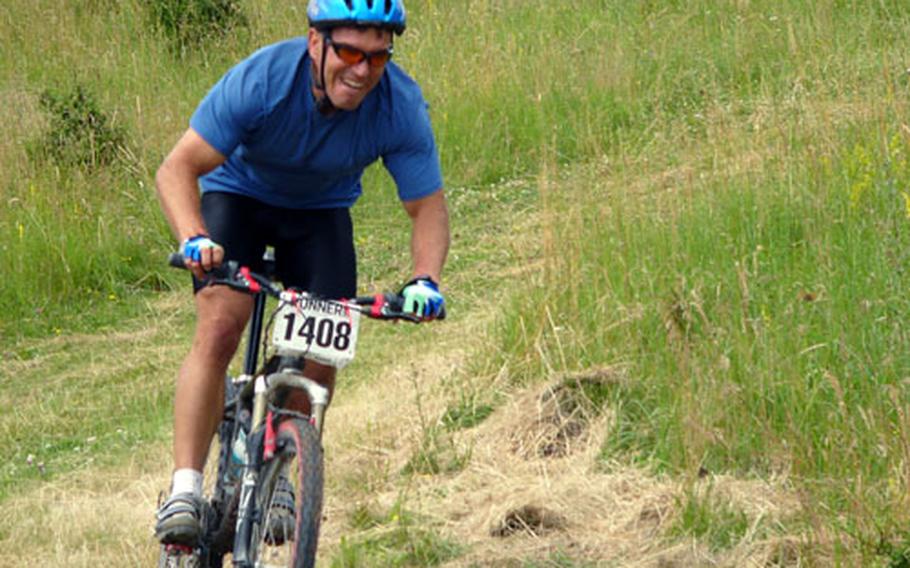 ANSBACH, Germany &#8212; James Sharp of Hanau made it 5-for-5 Saturday by winning the Ansbach leg of the 11-stop 2006 U.S. Forces Europe Mountain Bike Championship series.

&#8220;I just have to cut six minutes from my time to catch him,&#8221; Jeff Clayton of Stuttgart said with a smile after Sharp, a 40-years-and-older masters rider, covered the 20-kilometer circuit at Soldier&#8217;s Lake in Ansbach in 49 minutes, 8 seconds, for his fifth victory in five tries this season. Clayton, also a masters competitor, clocked the second-best time of the day, 54:57.

Only 21 male riders showed for Saturday&#8217;s fifth event in the annual mountain bike series, but that was OK with Sharp. His biggest competitor is himself.

Ansbach&#8217;s did after a summer of tree-cutting by German foresters forced race organizers to alter the course and man chain saws to remove fallen timber from the layout they did end up using.

&#8220;It was a good course,&#8221; Sharp said of the final result of all the lumberjacking. &#8220;It had places where you had to work hard and concentrate hard and places on the backside where you could recover.&#8221;

Sharp said the small field made no difference.

Sharp and Clayton constituted two-thirds of the racers who broke the one-hour barrier Saturday. The third was military-open winner Chris Huffmine of Illesheim, who clocked 59:23.

Saturday&#8217;s women&#8217;s field, which rode 12 kilometers, consisted of only two finishers, winner Christine Gritzke of Vilseck, who clocked 49:21, and runner-up Angela Tague of Miesau, who finished in 51:35.

Gritzke did all she personally could to expand the field, bringing her father in from California to help fill out the men&#8217;s civilian masters field.

The 2006 mountain bike series will pass the halfway point next Saturday at Ramstein. Next month&#8217;s events are Dexheim on Aug. 5, Kaiserslautern on Aug. 20 and Darmstadt on Aug. 26. The season concludes with events in Sembach on Sept. 2 and the annual series finale, the Fat Tire Spectacular, in Garmisch on Sept. 10.

(all towns in Germany, unless otherwise noted)