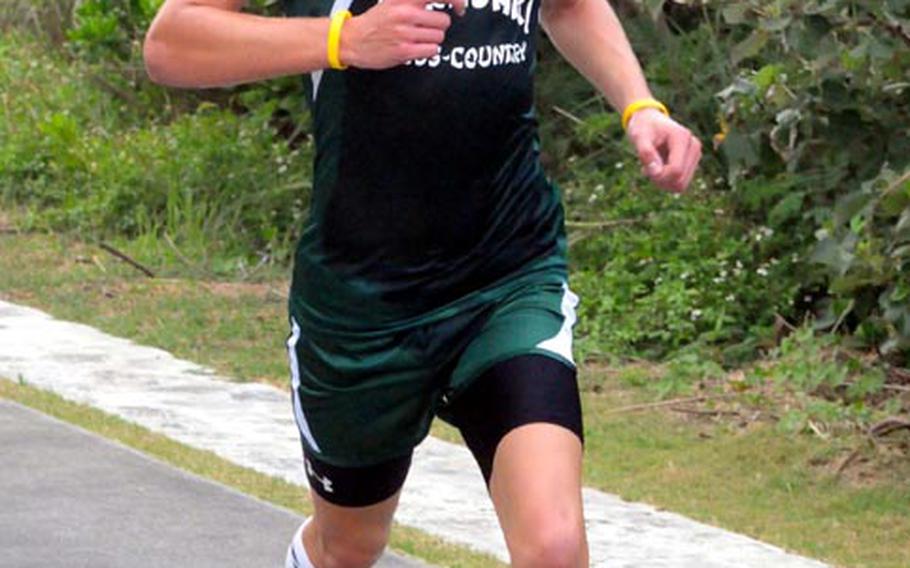 But Seoul American senior Amanda Henderson says she refuses to take a thing for granted in the run-up to her title defense Monday at western Tokyo&rsquo;s Tama Hills Recreation Center.

Partly cloudy weather is forecast for the two-day meet, with temperatures in the low 70s on Monday and high 60s on Tuesday and a 30-percent chance of showers, according to Japanese meteorological sites.

&ldquo;I just want to go out and do my best,&rdquo; Henderson said Thursday, three days before she and the Falcons fly to Tokyo to defend Henderson&rsquo;s gold and their girls team title.

Henderson will headline a field of runners from 11 Division I schools and six Division II schools that will compete in individual and team events Monday and Tuesday.

In addition to the 3.1-mile individual races, runners will pair up for the 6.2-mile team relay, which will help decide the team championship.

Seoul American has won the overall team championship twice on Boyd&rsquo;s watch, while Kadena is the reigning champion and also won titles in 2004, &rsquo;06 and &rsquo;07 under Tom McKinney.

Despite owning three D-I team titles, Boyd calls the art of winning them &ldquo;elusive,&rdquo; and it should be more so this year, he and McKinney say, in the face of several runners on the boys and girls sides who stand a good chance of winning and placing in the top 10.

Kadena, with its solid girls and boys rosters, is &ldquo;always somebody to watch,&rdquo; Boyd said. Kubasaki, with Robles and freshman boys island champion Erik Armes, &ldquo;seems to be strong.&rdquo;

Putting five pairs in the top 14 of the team relay a year ago helped push McKinney&rsquo;s Panthers over the top, clearly a reason he&rsquo;s a fan of the team relay, which some within DODDS had hoped to abolish.