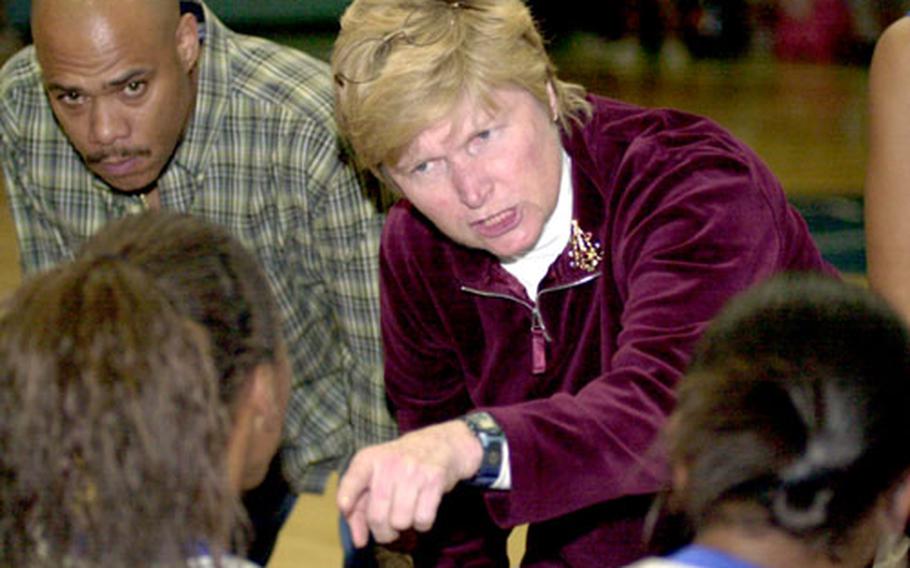 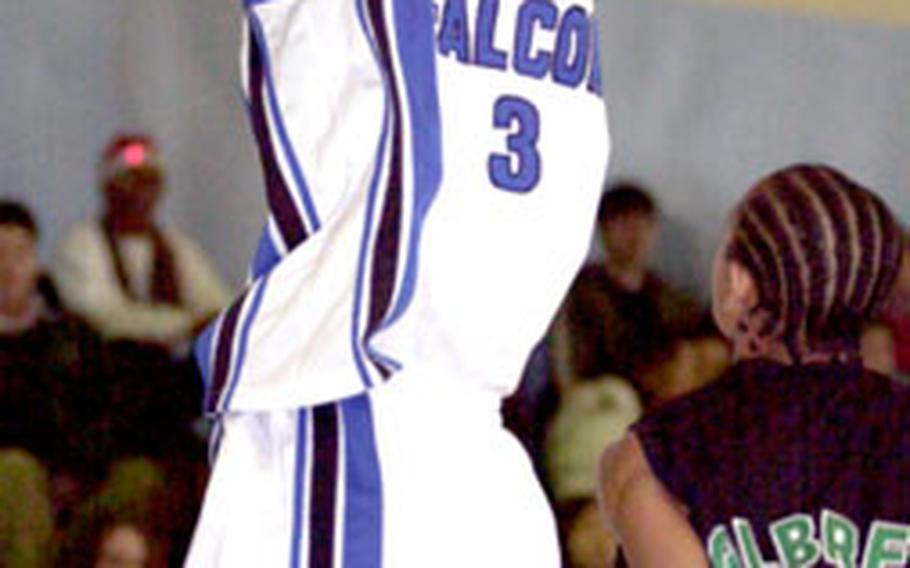 At 5-foot-6, point guard Jamaal Mohn fits right in on a Seoul American team with an average height of 5-8. (Dave Ornauer / S&S) Guard Chris Churchwell is part of a Seoul American team that will rely on quickness to make up for its lack of size. (Dave Ornauer / S&S)

The Pacific&#8217;s most successful program the past three years has been a study in contrast. The Falcons&#8217; boys used a veritable forest of tall players to bring home Class AA titles in 2003 and &#8216;04, while the girls rode a tide of speed and quickness to their first Class AA title in 19 years one season ago.

Likewise, just having a team of giants doesn&#8217;t automatically give a team an advantage, 20th-year girls coach Charlotte Hicks said.

The Falcons have long been the dominant team in the Korean-American Interscholastic Activities Conference. Since Boyd took the varsity helm in 2001-02, not only have the Falcons run the league title table &#8212; they&#8217;ve won 66 straight league games during that span.

In his two Class AA championship seasons, Boyd rode the talents of MVPs Nino Etienne and Jake Abramowitz, then a season ago went 36-17 and took fifth at Class AA with a lineup featuring Jay Higgins, Mike Goodman and Anthony Gatlin, all 6-5 or taller.

Hicks&#8217; girls have enjoyed even more KAIAC league success than the boys. Every year since 1990, the Falcons have won the league title, but not until last season did they break their Class AA title drought. And they fashioned their 27-5 record thanks to small but determined leaders such as Amy Bakameyer and Class AA MVP Janel Daniels.

But even with Nurse, who transferred from Class A champion Osan American, and new talents such as Avianca Manning, Alyssa Gray and Angye Law (transfer from Pusan American) and holdovers Germany Tillman and Jevonna Green, Hicks said she&#8217;d love to have the ingredients that Bakameyer and Daniels brought to the table.

The key to a championship repeat, Hicks said, will be to &#8220;realize that height is not the issue, but finding open players, taking advantage of opportunities and playing good defense.&#8221;

It all means much anew, this &#8220;extreme makeover&#8221; and a definite step outside a comfort zone that came with getting used to a certain style and type of player.