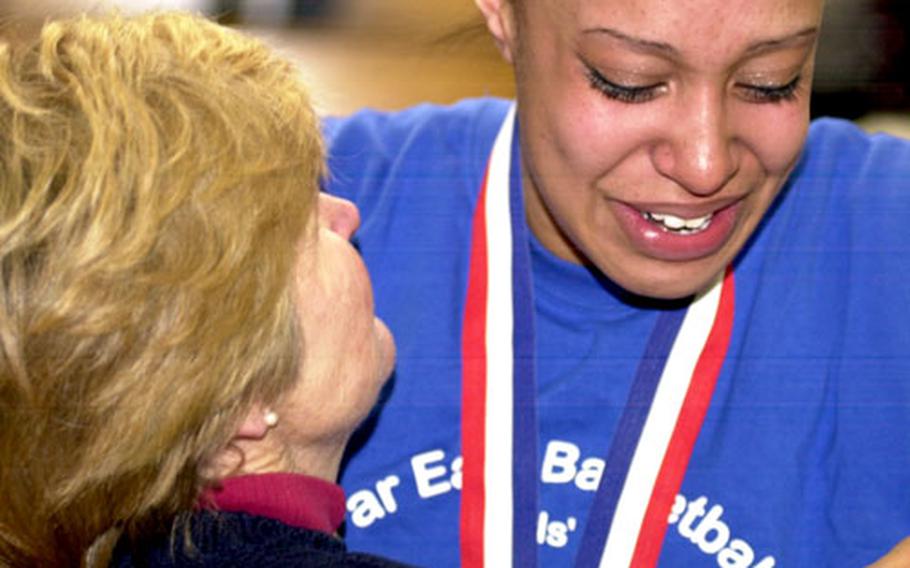 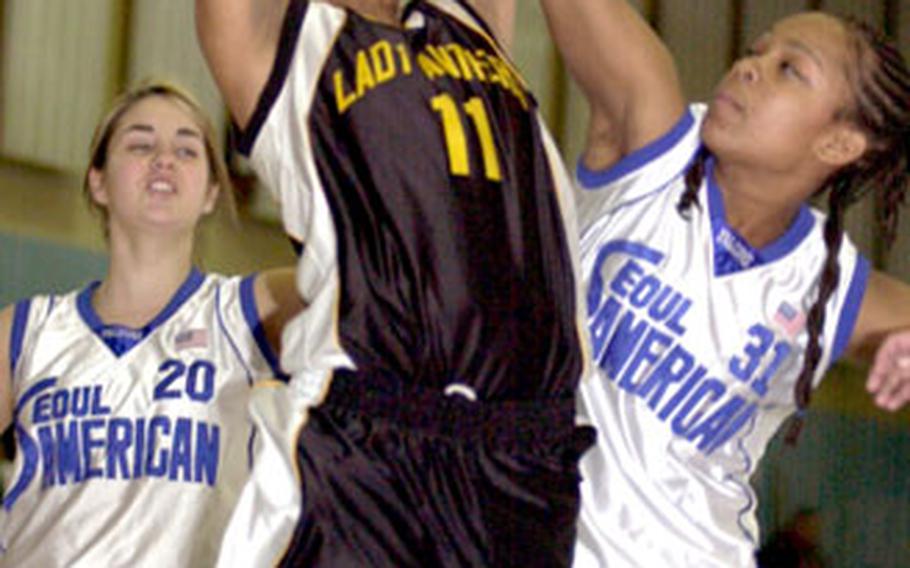 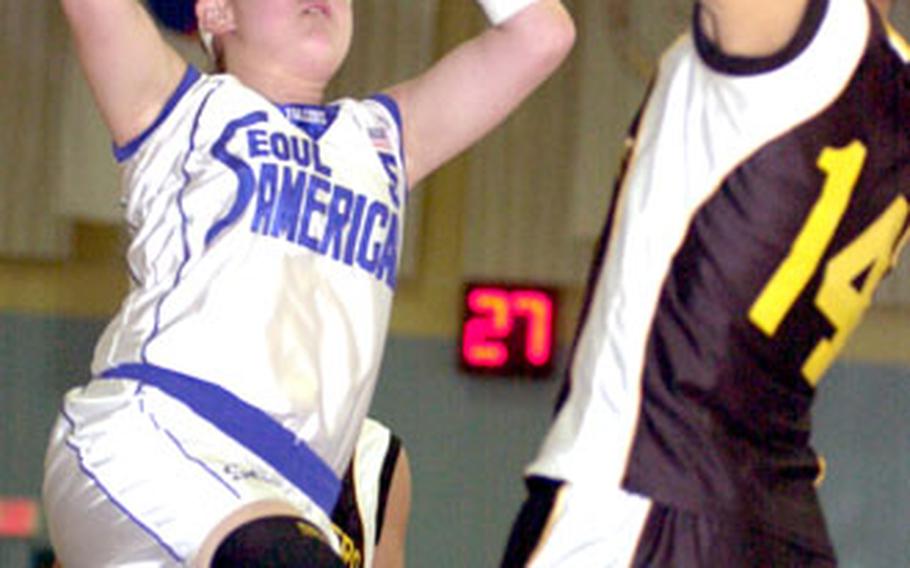 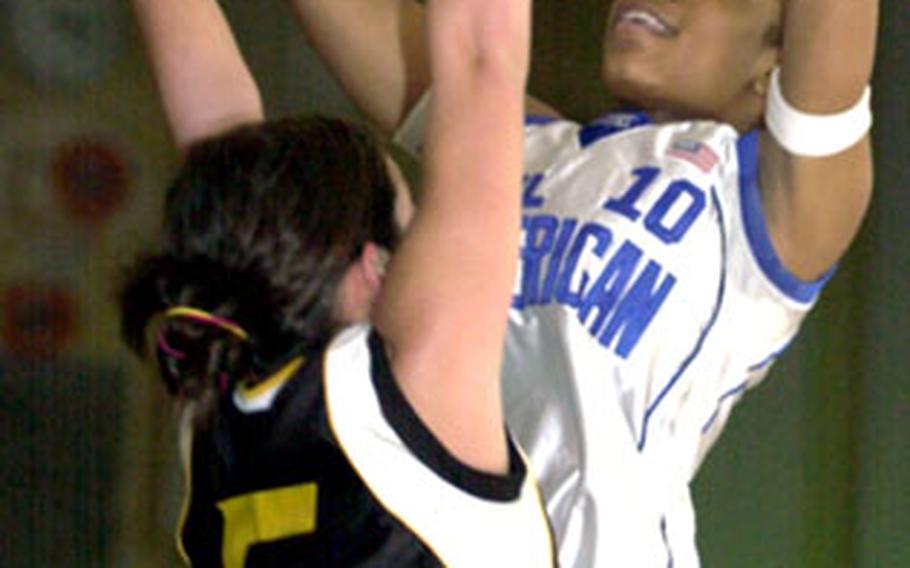 YONGSAN GARRISON, South Korea &#8212; Margaret Nurse didn&#8217;t even want to play basketball this season, hoping for a break from the rigors of playing three sports in her four years of high school.

Nurse scored 26 points and pulled down 16 rebounds Saturday as the Seoul American Falcons repeated as champions of the Far East High School Girls Class AA Basketball Tournament. They defeated the Kadena Panthers of Okinawa 60-49 on their home court at Falcon Gym.

Nurse transferred last spring to Seoul American from being among top players at Osan American for three seasons and also being on a championship team.

What brought her back to basketball, she said, was talking to her former Osan coach, Bruce Barker, in November.

Nurse became the first Department of Defense Dependents Schools-Pacific girls player to win championships in Class AA and Class A.

But after scoring eight points and grabbing six rebounds in a first quarter in which the Falcons took a 20-11 lead, Manning picked up her fourth foul with 4:41 left in the first half. Nurse&#8217;s third foul was whistled 41 seconds into the third period and her fourth just before the quarter ended.

That was as close as Kadena got. As the final buzzer sounded, a celebration erupted at the Falcons&#8217; bench &#8212; including point guard Whitney Grandy, who spent last school year in her home state of Idaho but returned to Seoul American as a senior.