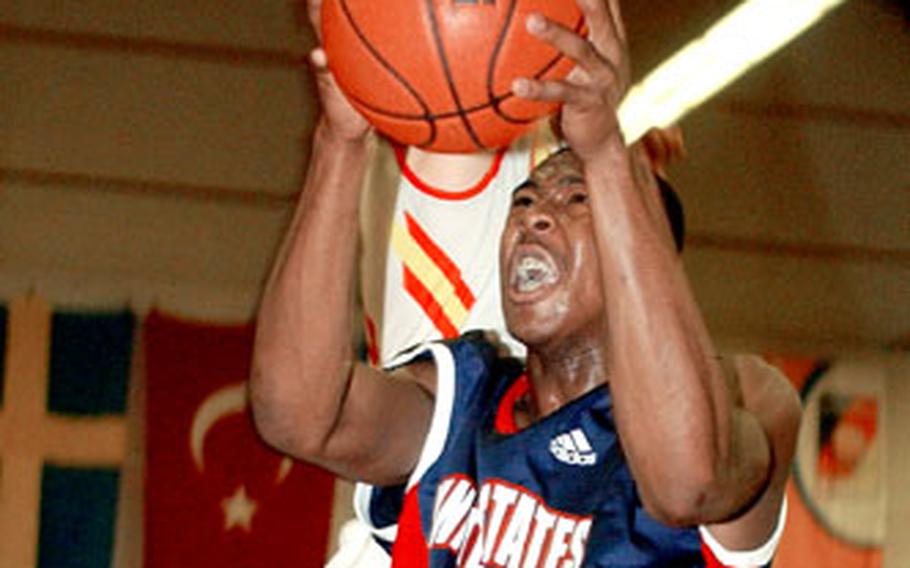 Anthony Stewart of the United States takes the ball to the hoop past the outstretched hand of Spain’s Victor Claver in the Americans’ 81-73 victory Monday night in the Albert Schweitzer Tournament in Mannheim, Germany. (Michael Abrams / S&S)

Anthony Stewart of the United States takes the ball to the hoop past the outstretched hand of Spain’s Victor Claver in the Americans’ 81-73 victory Monday night in the Albert Schweitzer Tournament in Mannheim, Germany. (Michael Abrams / S&S) 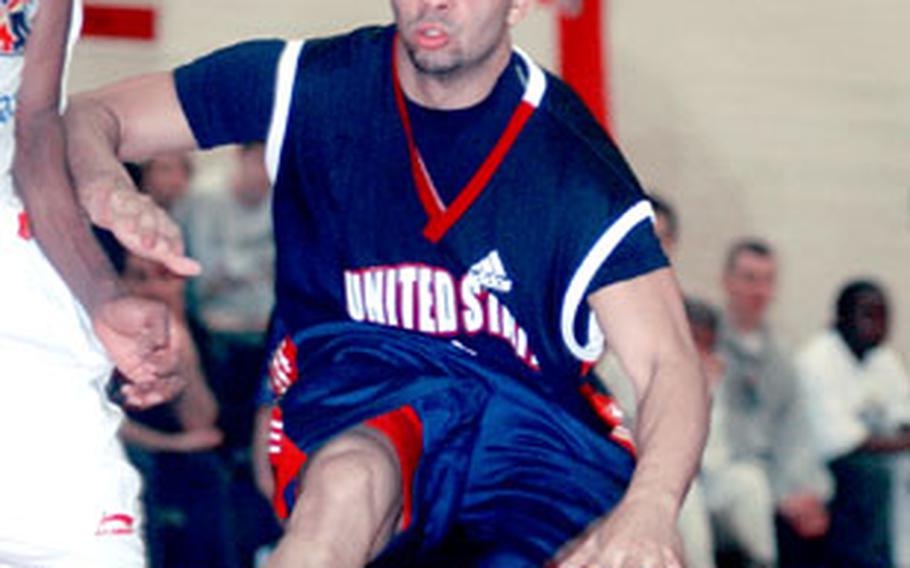 MANNHEIM, Germany &#8212; The U.S. basketball team continued its sharp improvement Monday night with an 81-73 victory over Spain that propelled the Americans into a top-tier pool in the Albert Schweitzer Tournament for players younger than 18.

Rich Jackson of Philadelphia and Luke Babbitt of Reno, Nev., each achieved double-doubles in three quarters to spark the Americans to a 69-48 lead after three. Jackson finished with 12 points and 13 rebounds after a dominating performance in the paint, and Babbitt had 17 points and 11 rebounds, including 3-for-4 shooting from three-point range.

It was 7-foot Cole Aldrich of Bloomington, Minn., however, who blunted Spain&#8217;s rally. Aldrich had four rebounds and four points in the final 10 minutes.

Babbitt, who joins Jackson and Anthony Stewart of Jacksonville, Fla., as the U.S. starting front line, said the U.S. will benefit from the scare down the road.

The U.S. rebounders, led by Jackson, displayed their growing adaptation to the rugged inside phase of the international game, outrebounding Spain 59-46.

Stewart mixed it up in the melee in the paint, too, providing 14 points and five rebounds on 4-for-8 shooting from the floor and 6-for-8 from the line.

Josue Soto of Jacksonville, Fla., came off the bench Monday to score 12 points.

Even so, the Americans welcomed the day off Tuesday before beginning the medals chase in earnest at 6 p.m. Wednesday against Group B winner Serbia-Montenegro. Thursday&#8217;s foe, also at 6 p.m., is Italy.

at MWS Halle am HerzogenriedMannheim

Croatia vs. Serbia and Montenegro, 8 p.m.