Schweitzer basketball: Serbia and Montenegro edges U.S. out of contention 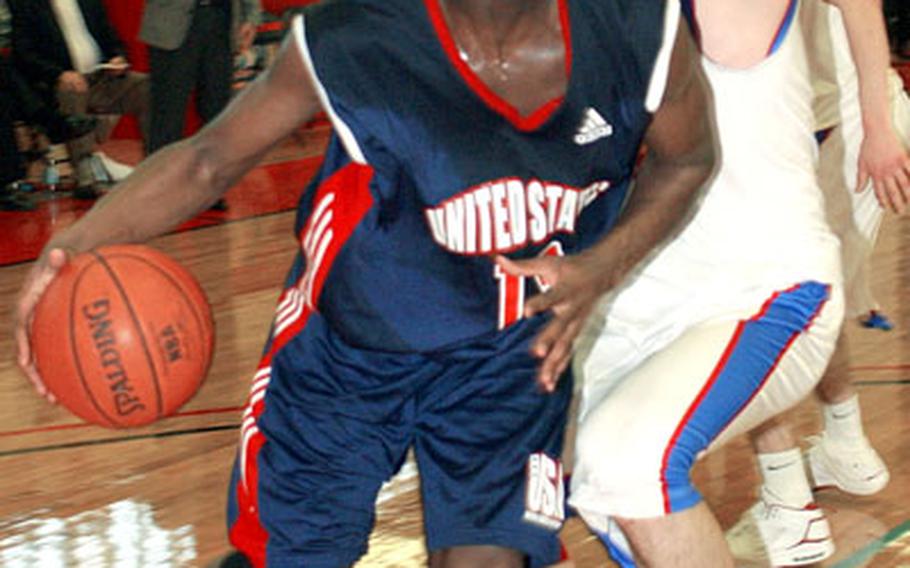 The United States&#39; Rich Jackson drives to the basket against Miroslav Raduljica in the Americans&#39; 83-80 loss to Serbia and Montenegro at the Albert Schweitzer Tournament in Mannheim, Germany, Wednesday night. (Michael Abrams / S&S)

The United States&#39; Rich Jackson drives to the basket against Miroslav Raduljica in the Americans&#39; 83-80 loss to Serbia and Montenegro at the Albert Schweitzer Tournament in Mannheim, Germany, Wednesday night. (Michael Abrams / S&S) 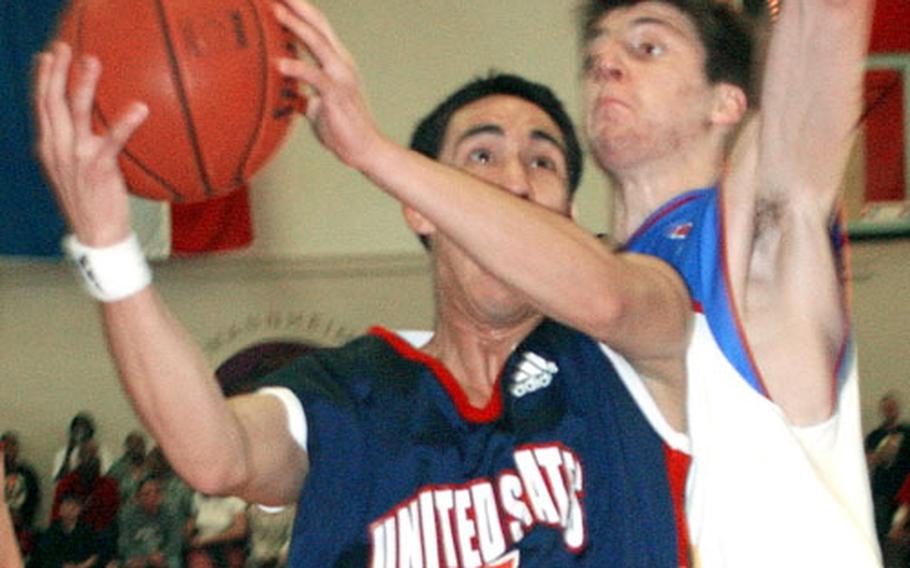 Josue Soto of the U.S. drives on Stefan Markovic of Serbia and Montenegro. (Michael Abrams / S&S)

Update: In Thursday&#39;s action, The U.S. lost to Italy, 95-82. Click here for the game statistics; a game story will be posted on Friday.

MANNHEIM, Germany &#8212; The U.S. was one good bounce and one basket from advancing to the semifinals but lost 83-80 to unbeaten Serbia and Montenegro on Wednesday in the 23rd Albert Schweitzer International Youth Basketball Tournament.

The Americans had almost climbed back from an 81-74 deficit in the final minute on consecutive three-pointers by Edwin Rios of Miami, the second with 7.5 seconds left.

The Serbs inbounded the ball, and the Americans knocked it loose. However, it rolled to Serbia&#8217;s Petar Despotovic, who dribbled down the left sideline and passed to Milan Macvan, standing alone under the basket. Macvan scored with a half-second left, and the Serbs piled on one another in celebration.

The best the Americans can do now is fifth place.

The raucous Serb fans, including an untiring drummer, got even louder after Macvan&#8217;s clinching shot.

Throughout the game the U.S. tried to entice the Serbs out of their halfcourt game and into a quicker pace but to no avail.

Their wariness of the Americans&#8217; quickness showed, according to McCann.

The Americans countered with the three-ball, hitting seven of 15 tries, and with deft and powerful inside scoring from 6-9 Richard Jackson, who scored a game-high 20 points. Rios added 14, shooting 4-for-7 from three-point range, and Josue Soto scored 12.

The loss left the Americans, 10-time champions of this biennial event for players younger than 18, needing to win their next two games to finish fifth for the second straight time. They were to play Italy Thursday night after this edition of Stars and Stripes went to press.