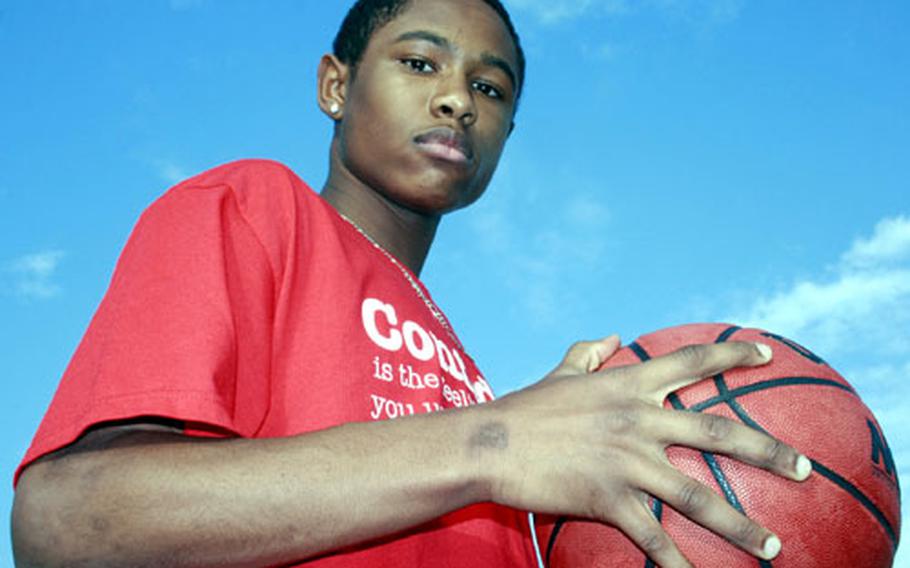 If he had his way, Chris Clark says he would not allow freshmen on his team; indeed, he would rather they abandon playing varsity basketball altogether.

But the play thus far of Matthew C. Perry point guard Chase Dariso is making Clark hedge his bets as he takes on the monumental task of reconstructing the Samurai from their aborted 2007-08 campaign.

But a closer look reveals that Perry lost by just four points at St. Mary&#8217;s International, then took perennial DODDS-Japan power Yokota to overtime before losing by five points, with Dariso leading the way.

Compared to last season, when the Samurai played five games before being forced to shut down due to illness, injury and an undisclosed incident aboard a team bus, the Samurai are enjoying life.

He began playing ball at age 7 in his hometown of Oceanside, Calif., under his father, Marine Corps Maj. Vernon Dariso, until he was 12 and started playing for other coaches. Dariso credits his father for teaching him old-school philosophy, sportsmanship and respect for the game and opponents.

The Samurai were already a "solid" team with potential to do well, Clement said. "But we&#8217;re a better team with him," he said of Dariso. "He sets the example for the other players. He holds up his end."

As to the bus incident last year, "we don&#8217;t talk about it," Clark said. "It happened last year. There&#8217;s only one person who was around when the incident occurred. "

Opposing coaches have taken stock of Dariso and the new Samurai.

Clark says Dariso will be at Iwakuni for at least this season and next, giving him one less thing to worry about as he tries to cobble together a winner.

The presence of Clement in the middle and as a leader, plus newcomers John Ayeres and Ryan Schmidt, has "made for nice synergy so far. The future looks extremely bright [but] we&#8217;re not looking toward next year. We want to make some noise this year."

The common goal, of course, is to do well in February&#8217;s Far East Class A Tournament.

"We want all the wins we can get before that, but we just want to be ready when tournament time comes," Clark said.