Ruh let pressure to repeat fuel him to new heights 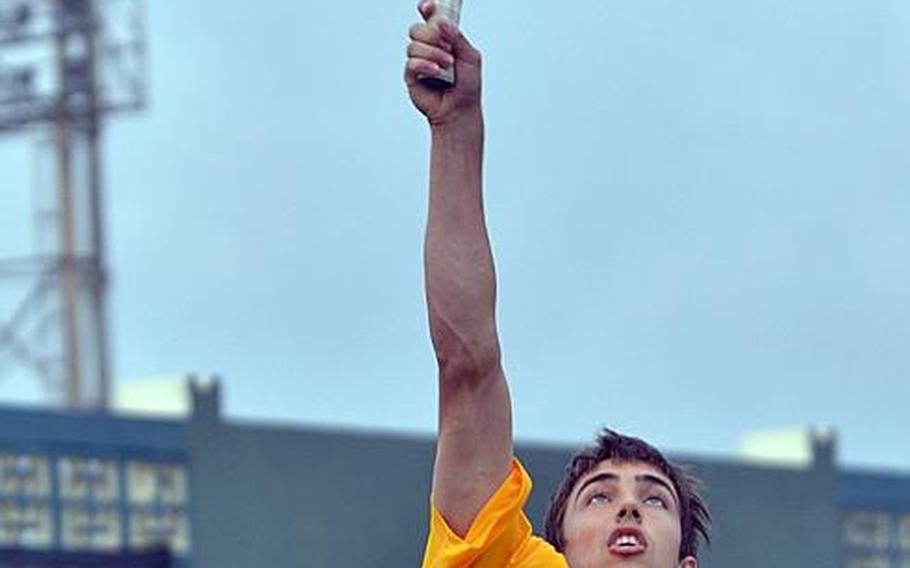 What’s a tennis player to do when he’s done it all?

That’s the question Marius Ruh might have been asking himself entering the 2015 Pacific high school season, coming off an unbeaten season and what would become the first of his two consecutive Kanto Plain and Far East tournament singles championships.

Do it again, the St. Mary’s International senior said. And don’t take a single thing for granted, even if you’ve beaten the opponent across the net from you by a vast margin.

“Don’t let down,” said Ruh, the Stars and Stripes boys tennis Athlete of the Year, on Thursday, a week after completing his second straight unbeaten season and capping his career in Japan at 30-0 by winning in straight sets over fellow senior and Titans teammate Juan Borga in the Far East singles final.

“Don’t give any room to your opponents. Never underestimate your opponent. And finish business as soon as possible and not fool around.”

Even if that opponent happens to be your longtime teammate and perhaps your best friend off the court, as Borga is to Ruh?

It’s a lesson one can take with them throughout life, Ruh said. Life will feature its own set of similar challenges, and he might someday come across somebody at work or in university that he considers a friend, vying for something that each wants badly.

“You stay relaxed while being competitive,” Ruh said of playing against a friend who is also his biggest rival. “You’re still going to be friends, even while competing. You want what you’re after, but you’re not wanting to lose a friendship. And I think that’s mutual.”

Borga agreed, even after losing to Ruh 6-1, 6-2 in the Far East singles final, eight days after falling to the same player 6-2, 6-1 in the Kanto tournament final at Shirako Tennis Complex in east Japan.

“You always want to win the match, but you don’t want the match to cost you that great friendship,” Borga said.

Though Ruh rolled to that unbeaten mark with apparent ease, keeping on top of his game and maintaining that mental edge wasn’t as simple as it may seem, he said.

“After last season, to come back on the same level or higher, mentally and physically, the pressure of all those guys trying to beat me” made it even more difficult Ruh said.