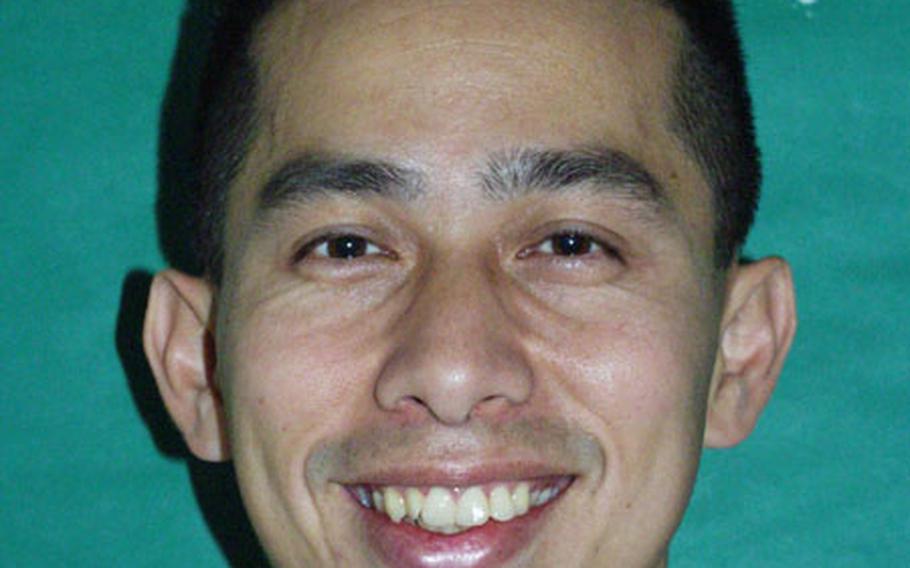 NAVAL STATION ROTA, Spain &#8212; A Rota-based Navy pilot known for his prowess on the racquetball court is the Navy&#8217;s top athlete.

Lt. Chhem Young-Pen, 33, has been selected as one of the best in the armed forces for 2002. He and nine other military athletes will be honored March 28 at the annual U.S. Military Sports Association Pride of the Nation banquet in Arlington, Va.

Young-Pen was shocked when he learned of the selection.

&#8220;I feel pretty proud, pretty honored to be picked, considering the number of athletes and the different categories,&#8221; he said.

Winners were selected by their services.

Young-Pen, a C-12 pilot stationed at Naval Station Rota, is the No. 1-ranked amateur player in the European Racquetball Federation, a subset of the professional International Racquetball Tour. In his first full year on the tour, he has dominated the league.

Young-Pen, whose family immigrated to Seattle from Cambodia when he was 6 years old, joined the Navy after graduating from high school. He later got a degree in electrical engineering and became an officer and aviator.

He flew P-3 aircraft before coming to Rota to fly C-12 propeller planes, a transport aircraft that ferries servicemembers between bases in Europe.

He started playing racquetball about 12 years ago when he was a Navy petty officer, and the game has become his passion.

&#8220;The athletic ability to dive, get to every ball to cover the court, it&#8217;s amazing to me the amount of physical ability it does take to move around such a small court. The ball moves so fast and it&#8217;s a lot harder than it sounds like.

Tops in their sport

The year&#8217;s top athletes and their sports: