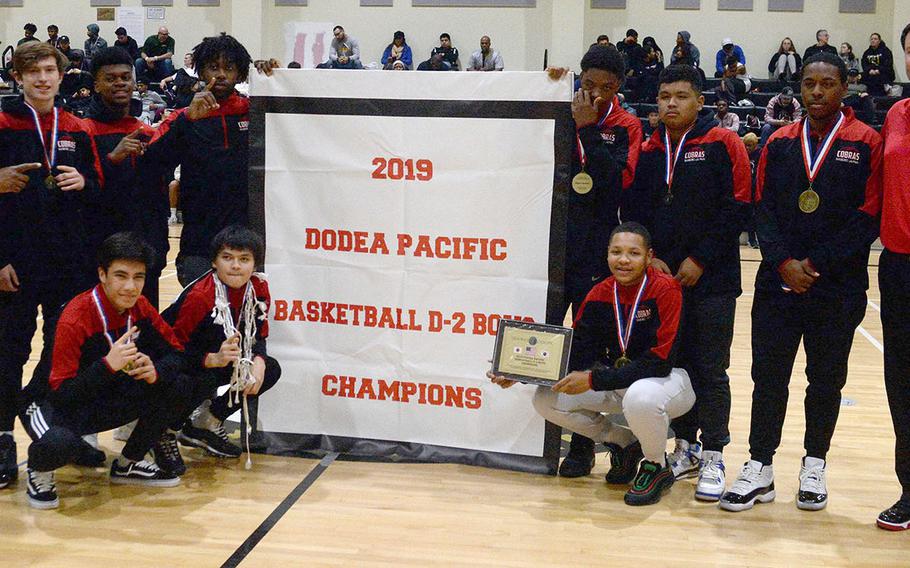 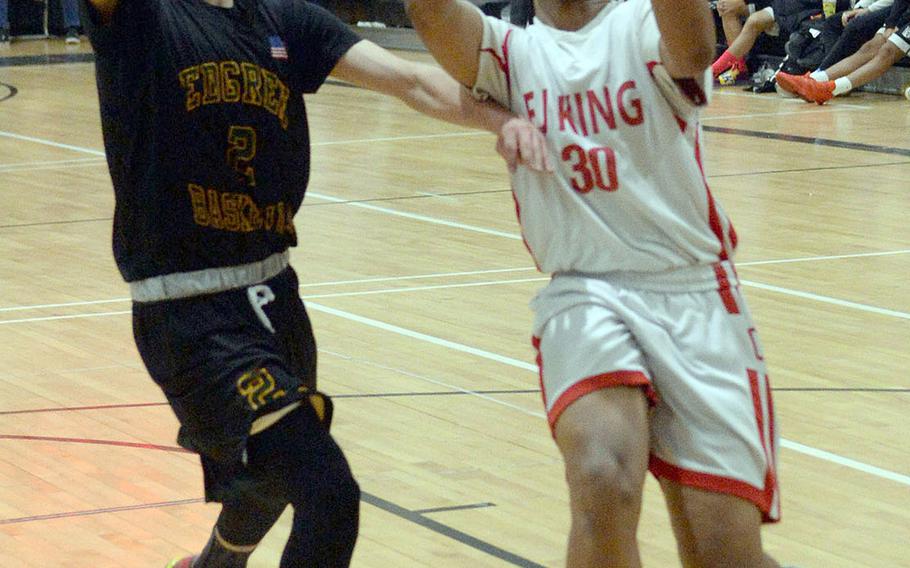 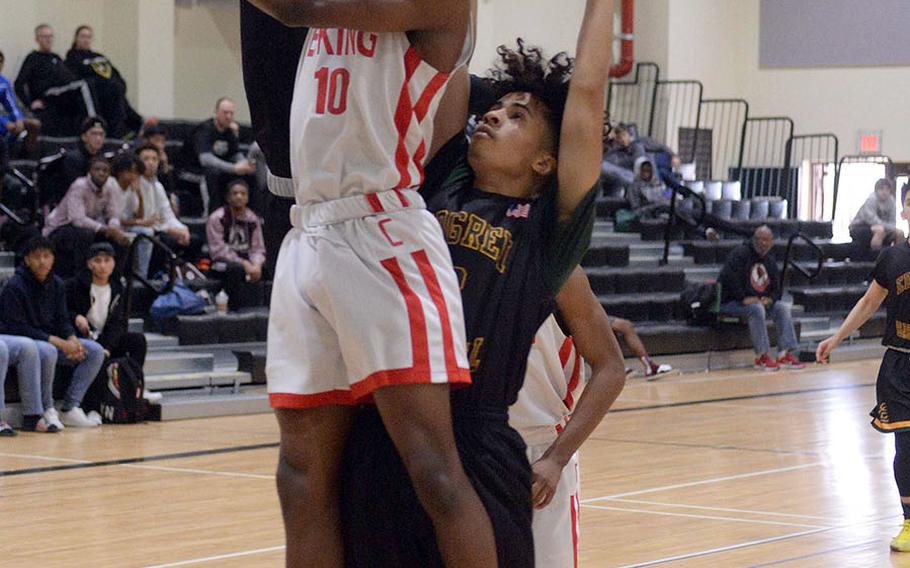 E.J. King's Isaiah Williams has his shot blocked by Edgren's Riley Palfy in the D-II final. (Dave Ornauer/Stars and Stripes) 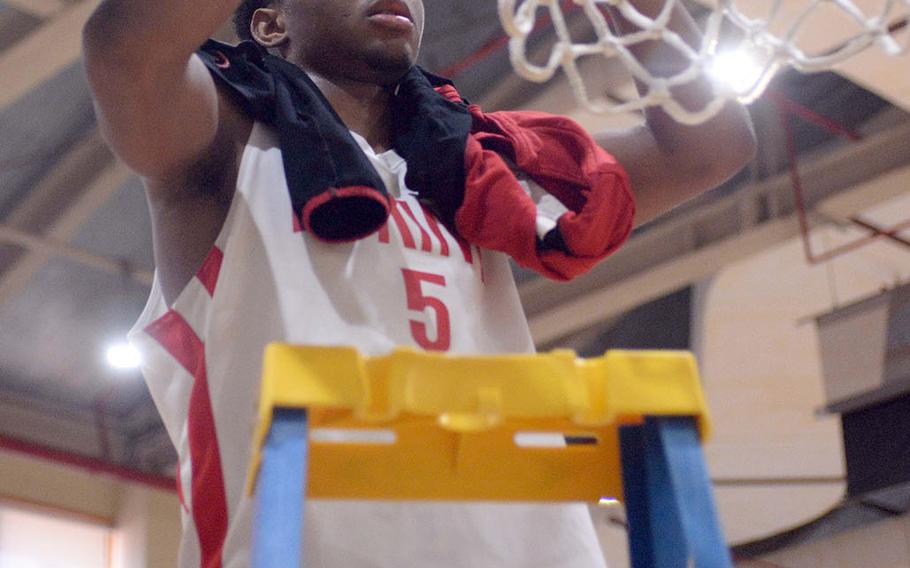 On Saturday, senior Dyson Robinson caught fire at just the right time, scoring 10 of his 24 points in the second quarter to turn what had been a tight battle into a 59-45 win for the Cobras over Robert D. Edgren.

The victory gave King the tournament title for the second time in three seasons and the fourth time overall.

“I always knew it would come as a coach because I always wanted to be (a champion),” Elliott said. “To have this team be the one to do it, this is very special.”

Though Elliott was new to the team, his assistant, Robert Sipplin, was with the team two years ago when Robinson’s older brother, Devin, starred similarly in leading King past Yokota 67-66. Dyson earned Most Valuable Player honors on Saturday, as did Devin two years ago.

“I needed to get my team going, be a leader, have them repeat after me, to keep attacking,” Robinson said. “That was a real hard fight. Edgren’s a really tough team.”

“He kept crashing the boards; we couldn’t stop him,” Edgren’s Riley Palfy said.

It was a tight battle early on, featuring five ties and three lead changes before Robinson gave the Cobras the lead for good at 18-16 with 6:09 left before half.

The Cobras led by 14 a handful of times in the second half, when they slowed the pace to keep the ball out of the Eagles’ hands.

Jalen Nall had 20 points, including four three-point goals, for the Cobras. Palfy led the Eagles with 22 points.