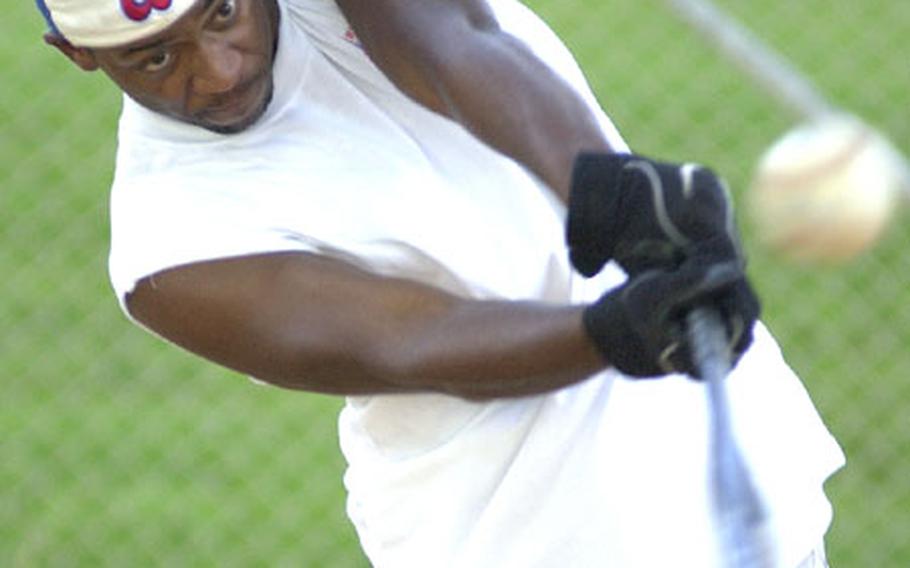 CAMP FOSTER, Okinawa &#8212; After shedding its &#8220;loser&#8221; label and becoming the darling of the Marine Forces Pacific Regional Softball Tournament last summer, what can U.S. Naval Hospital Camp Lester do for an encore?

Starting in 1993, Hospital lost 82 straight games, including two heartbreakers on the second day of the 2003 tournament. It lost 10-9 in eight innings to 1st Marine Aircraft Wing, and 9-8 to 3rd Marine Division/Expeditionary Force, which won after a six-run sixth-inning rally.

The corpsmen broke through the next day, scoring 11 runs in the sixth inning to rally past Japan&#8217;s Iwakuni Marine Corps Air Station 17-15. In the second round of the playoffs, Hospital avenged its loss to Wing 18-8 before fading 18-17 in eight innings against Division.

The corpsmen will get a stern test right out of the gate: They&#8217;ll battle defending champion 3rd Force Service Support Group of Okinawa, which went unbeaten in nine games last year by an average of 8.3 runs.

Only three players &#8212; Channing Smith, James Coleman and Mark Herring &#8212; return from last year&#8217;s team for Hospital, one of seven commands that compete in the Marine regional program in softball, soccer and basketball.

They also agreed that the corpsmen will have to work harder against a tournament field with plenty of individual talent.

Doubling their difficulties is the nature of hospital duties, in a 24-hour, seven-day-a-week work environment when emergencies can pop up at a second&#8217;s notice. Hospital historically has forfeited more games in regional tournament play than any other command simply because of work.

Even if the players have temporary duty orders assigning them to play in the tournament, &#8220;if 2:30 p.m. comes around and we have a game at 3 p.m. and we have nothing to do, they might still say they need us here or they might let us go,&#8221; said Coleman, who works in hospital supply.

Still, Coleman and the corpsmen hope to equal or better last year&#8217;s performance, beginning with a strong statement against 3rd Force.