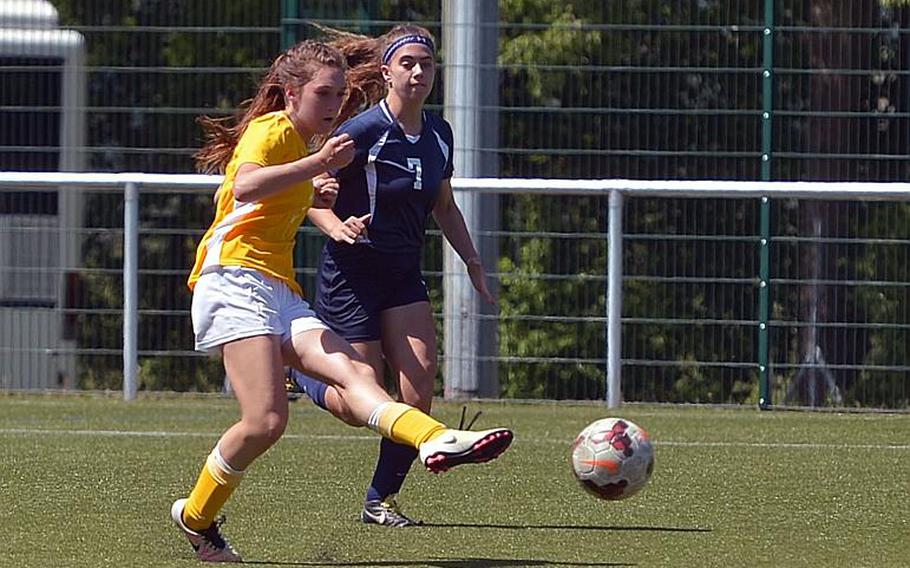 The 2018 DODEA-Europe spring sports season resumes this weekend after a two-week hiatus for spring break. The schedule includes a full slate of boys and girls soccer fixtures across the continent and a handful of baseball and softball matchups along with the debut of the track and field regular season.

Large-school rivals Ramstein and Stuttgart headline the weekend’s action with head-to-head clashes in all five spring sports, including their involvement in the massive 11-school track meet at Wiesbaden.

On the diamonds, the Ramstein Royals continue their concurrent baseball and softball title defenses against the visiting Panthers.

The Ramstein baseball team ran into early trouble in a doubleheader split with SHAPE to open the season, but corrected course before the break with a sweep of Wiesbaden. That start mirrors the Royals’ run of a year ago, when the team persevered through unprecedented regular-season struggles to extend its Division I dynasty.

The Royal softball team had no such adversity in a dominant 2017, and has looked every bit as overwhelming in an undefeated start to 2018. Stuttgart, the 2017 runner-up in softball and a perennial contender in baseball, is off to a rough 1-3 combined start in the two sports.

The Royal-Panther rivalry is even more fierce on the soccer pitch.

The Ramstein boys have parlayed their usual grinding, low-scoring style into a pair of 1-0 wins over Wiesbaden and Kaiserslautern, the latter a rematch of the Raiders’ win in the 2017 European title match. Stuttgart’s offense might prove too powerful for the Royals to sustain that style, however, as evidenced by the Panthers 4-1 rout of those same Raiders on March 24.

The Ramstein-Stuttgart girls soccer rivalry, meanwhile, remains among DODEA-Europe’s most hard-fought ongoing feuds, and both programs are off to typically strong starts this spring. Both teams own matching multiple-goal blowout wins over Wiesbaden and Kaiserslautern heading into their latest showdown.