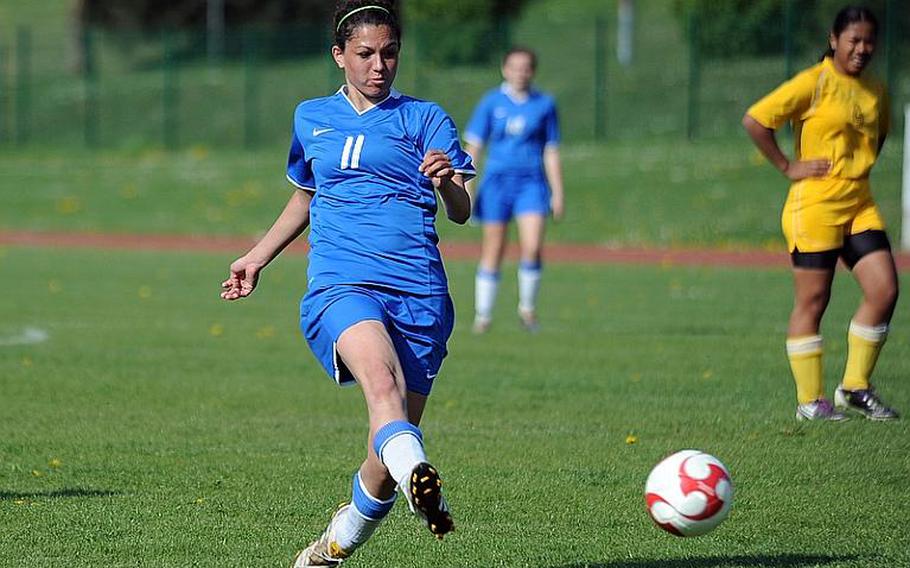 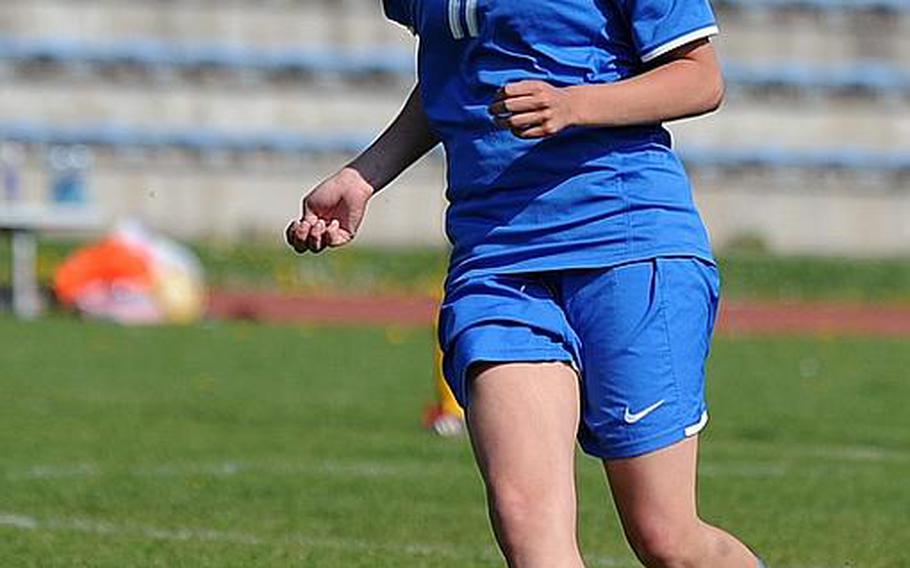 Buy Photo
Ramstein's Mackenzie Crews passes to a teammate during a game against Baumholder last season. (Michael Abrams/Stars and Stripes)

&ldquo;It&rsquo;s pretty sad,&rdquo; the 17-year-old said about her final sports season as a Lady Royal. &ldquo;I&rsquo;ve been playing with most of these girls for three or four years, and I&rsquo;ll really miss them.&rdquo;

She&rsquo;s not exaggerating. To Crews, sidelined by an injury during the Heidelberg jamboree here, the team is everything.

&ldquo;My favorite experience,&rdquo; Crews answered when asked about a highlight of an athletic career in which excellence has been a constant, &ldquo;is playing with my team, watching them grow and growing with them.&rdquo;

&ldquo;Two of the greatest things about Crews are that she is humble and a team player,&rdquo; Buitrago assessed in a Tuesday email. &ldquo;She is intense, determined and always in the pursuit of excellence.&rdquo;

That pursuit has been wildly successful so far.

Last year, Ramstein&rsquo;s back line allowed just three goals all season, according to Buitrago, who added that the Lady Royals&rsquo; miniscule goals-against average was &ldquo;directly attributable to (Crews&rsquo;) awesome performance&rdquo; at central defender.

Crews said she enjoys the &ldquo;down-and-dirty&rdquo; aspect of playing stopper, the anchor of the final line of defense in front of her team&rsquo;s goal.

&ldquo;I have to stop anything that gets back there,&rdquo; she said about the position to for which her in-your-face style is perfectly suited. &ldquo;I like being aggressive.&rdquo;

How about the pressure that comes with the finality of the position?

&ldquo;There is a lot of pressure,&rdquo; she said, &ldquo;but I have three people back there to help me. I know they can cover for me.&rdquo;

&ldquo;We had a difficult time getting around her,&rdquo; Lowe said Saturday. &ldquo;We didn&rsquo;t score, and she was the big reason. She was really quick getting to the ball, and once we did get the ball forward, she was always there.&rdquo;

Buitrago said Crews&rsquo; value to the team doesn&rsquo;t lie solely in defusing the opponent&rsquo;s attacks, however.

&ldquo;She also is one of the biggest contributors when it comes to scoring goals (five last season),&rdquo; he wrote of his 5-foot-7 star. &ldquo;Crews is amazing in the air and has amassed countless goals off set plays and corner kicks.&rdquo;

Despite her past excellence, Crews said there&rsquo;s no pressure in living up to her reputation. Resting on her laurels isn&rsquo;t an option.

Typically, Crews&rsquo; drive to improve involves the benefit of others, according to Buitrago.

&ldquo;She is passionate about the sport and has been committed to improving her individual skills for the betterment of the team,&rdquo; he wrote. &ldquo;Her biggest contribution to the team is her leadership&hellip;&rdquo;

Betterment for the team this season means a European D-I title, a task which involves dethroning two-time champion Patch.

&ldquo;It&rsquo;s more important this season, because it&rsquo;s my last chance,&rdquo; she said of the 2012 title chase. &ldquo;I don&rsquo;t have another chance.&rdquo;

Crews, who plans to study early childhood education next year at Northern Arizona University, where she&rsquo;s considering walking on for the Lumberjacks, found time to reflect on the joy as well as the sadness of her final chapter at Ramstein.