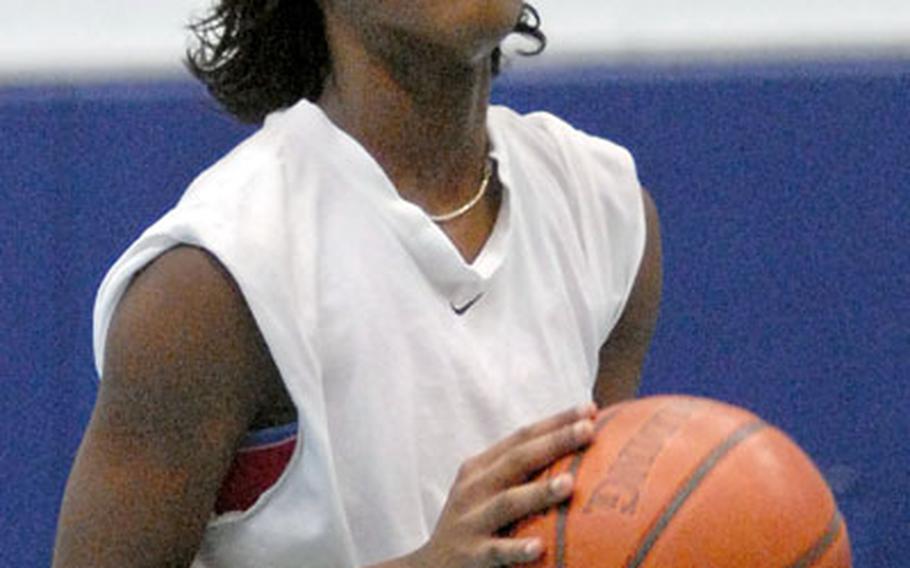 Kendra Lenoir, who averaged 9.3 points, eight rebounds and four steals per game as a junior, is hoping to lead Ramstein to a D-I title. (Ben Bloker / S&S)

Good, because Lenoir, who averaged 9.3 points, eight rebounds and four steals per game as a junior, is going to return the favor regardless of the opponent.

It&#8217;s that attitude that Corey Sullivan, coach of defending D-I champion Kaiserslautern, has been expecting of Lenoir.

However, the all-star event, a tournament against top European youth club teams, was just the tip of the iceberg in Lenoir&#8217;s offseason.

Lenoir, a member of Ramstein&#8217;s 2005 championship team, is playing for her third varsity coach in as many seasons, Kent Grosshuesch. It&#8217;s not as much of an unknown journey as one might imagine, however.

Grosselin was succeeded last season by Kathy Kleha, who had coached both girls and boys and led the Lady Royals to the D-I title game against K-town.

With all that work, does Lenoir have any time left over to gaze lovingly at that All-Europe plaque or contemplate a second one?