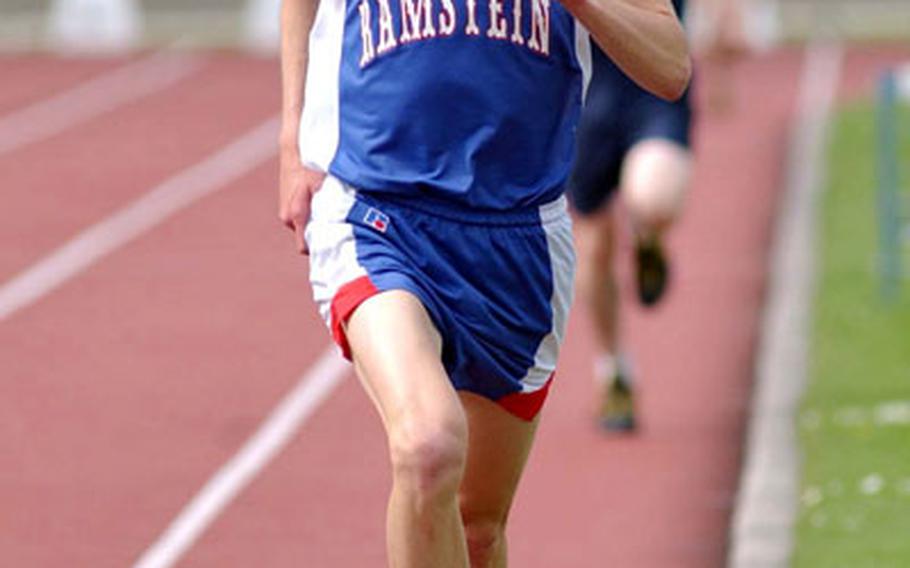 RAMSTEIN AIR BASE, Germany &#8212; It didn&#8217;t take much for Ramstein senior Danny Edwards to break the school record in the 3,000 meters last Saturday in Heidelberg &#8212; just endless preparation and a little help from a friend.

Grasping just how fast requires some perspective. The time is nine seconds faster than anyone else in DODDS has run in the 3,000 this year. And it&#8217;s just 8.1 seconds slower than the 20-year-old DODDS-Europe record set by Baumholder&#8217;s Rick Jaster.

It also had withstood some serious assaults by Ramstein&#8217;s continuing parade of distance stars.

Adding to the mark&#8217;s value is the work Edwards put in to have a shot at it.

Given that there are just two meets left in his high school career, the pace will be nothing but fast from here on out for Edwards.