Ramstein guard has a philosophy that works 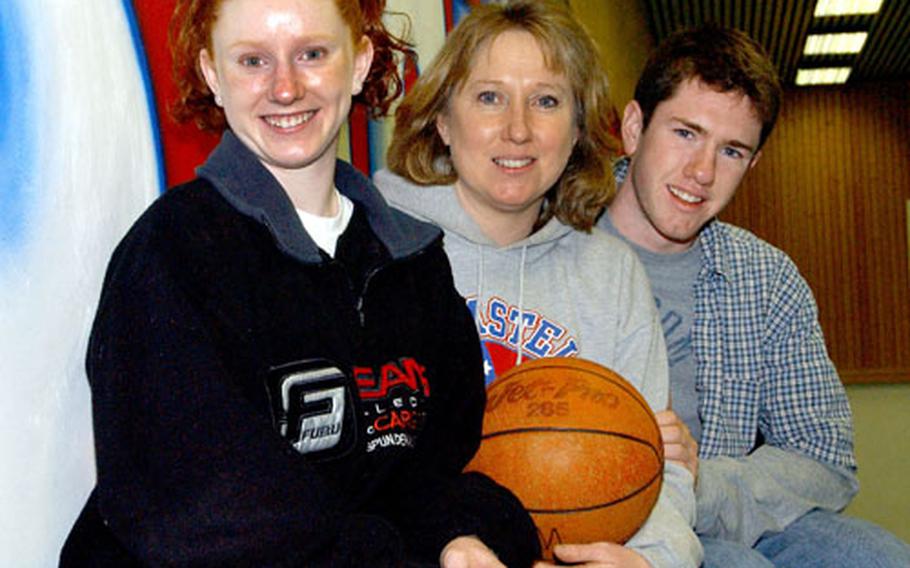 Maybe it&#8217;s her cool demeanor on the court or her philosophy of taking things one step at a time.

Grosselin&#8217;s high school career, however, has been anything but slow-paced.

On the Ramstein High School varsity squad since she was a freshman, the junior point guard has helped the Lady Royals maintain their three-year winning streak in the Division I European championships.

Coming from an athletic family, it seemed only natural that Krissy would find a sport she liked and excelled at, said Cecilia Grosselin, who ran track and played basketball in high school.

Cecilia also happens to be Krissy&#8217;s coach in basketball and track, and her math teacher &#8212; a lot of time with one person that many teenagers are afraid to be seen with.

A gymnast in her early years, Krissy Grosselin grew fond of basketball while sitting on the bench as her mother coached her brother&#8217;s games. She also practiced with him between games.

While Kenny Grosselin decided that running was his sport, he too has excelled, winning the European cross country championship in September. He recently received an appointment at the Air Force Academy, where he also plans to run.

As for her college plans, Grosselin hopes to receive a basketball scholarship.