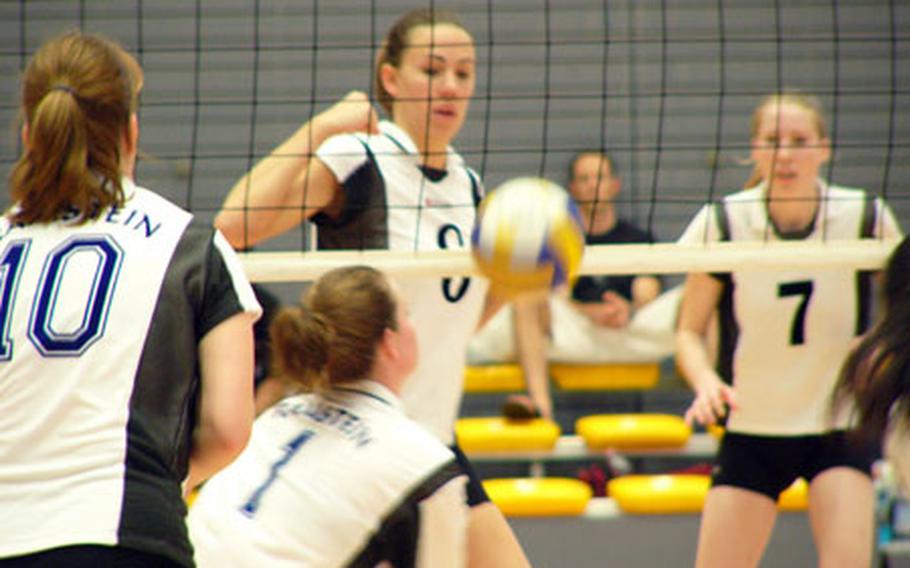 But the paths the Rams and Lady Rams took to their crowns were hardly the same.

The men swept unbeaten through their pool play and single-elimination matches in the five-day, 59-game USAFE volleyball championships. The women, on the other hand, had to play an &#8220;if-necessary&#8221; match against gritty Spangdahlem before they took their trophy home from Ramstein&#8217;s steamy gym.

Despite three straight subsequent Rams victories, the Griffins made quite an impression on the champs.

Ramstein women 3, Spangdahlem 1: Even though the final match was the first one in the tournament between the two Germany-based squads that failed to go the distance, Spangdahlem did not fall easily.

Why did the Lady Sabers, who dropped two out of three in an earlier tournament match against Ramstein, continue giving the champs two-game leads?

Were the Lady Rams worried about another comeback?

They did, winning 29-27 on consecutive match-ending kills by Tracy King, despite the fatigue induced by playing nine games in the span of seven hours in a spiffy new gym that became the world&#8217;s largest sauna during the day.