Pusan American seniors Moses Joh, left, and James Edwards would love nothing more than to bring home a Far East Class A boys basketball tournament title to cap the final year in the school’s history; it closes in June. (Dave Ornauer / S&S)

Pusan American seniors Moses Joh, left, and James Edwards would love nothing more than to bring home a Far East Class A boys basketball tournament title to cap the final year in the school’s history; it closes in June. (Dave Ornauer / S&S) 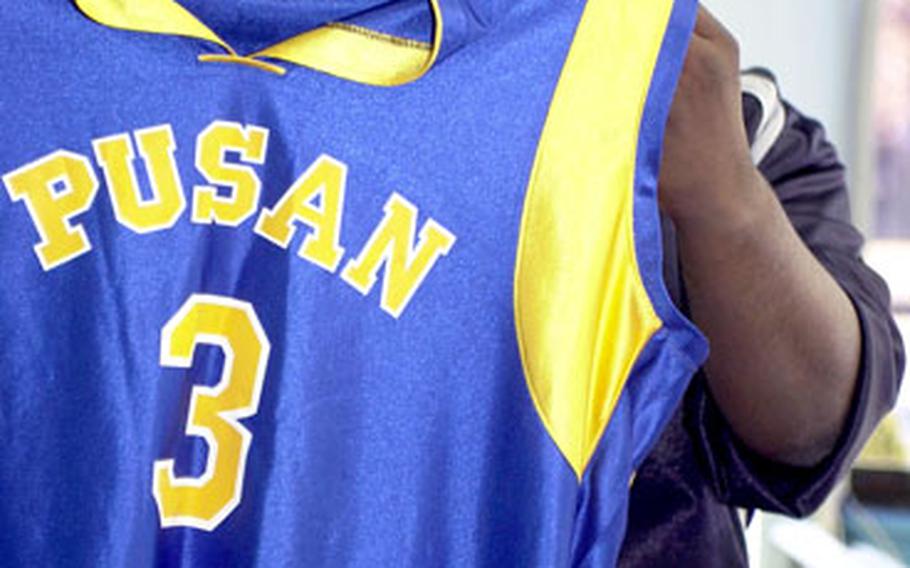 CAMP HIALEAH, South Korea &#8212; With enrollment at 35, they&#8217;re six months from turning the key on Pusan American School for the final time. Thus, all the Panthers&#8217; teams could be forgiven, perhaps, if they simply mailed in their final seasons.

But basketball players such as Moses Joh and James Edwards are having none of it. Not only do the two cornerstone seniors say they plan to remain competitive, they hope that their swan song season will end in a Far East Class A tournament title.

That spirit and desire can be felt from the rank-and-file players to coaches to athletics director Gary Canner all the way to the top of school administration.

Pusan American opened in 1960 as a tiny elementary school, adding a high school in 1967-68. The Department of Defense Dependents school has served mainly military families but also children of Busan-based missionaries and businessmen.

It, and the rest of Camp Hialeah, will be returned to South Korea next year, part of a larger plan under which the U.S. military will shift the bulk of its forces to regional hubs in Pyeongtaek and the Daegu-Busan area.

Attention next turned to basketball &#8212; and a boys team that last year enjoyed its finest season in decades, 14-1 and a Korean-American Interscholastic Activities Conference Division II title, sixth place in the Far East Class A tournament, 29-6 overall.

That may be easier said than done, since the Panthers did lose a hefty chunk of last year&#8217;s rejuvenated squad.