Players use tournament as ‘stepping stone’ 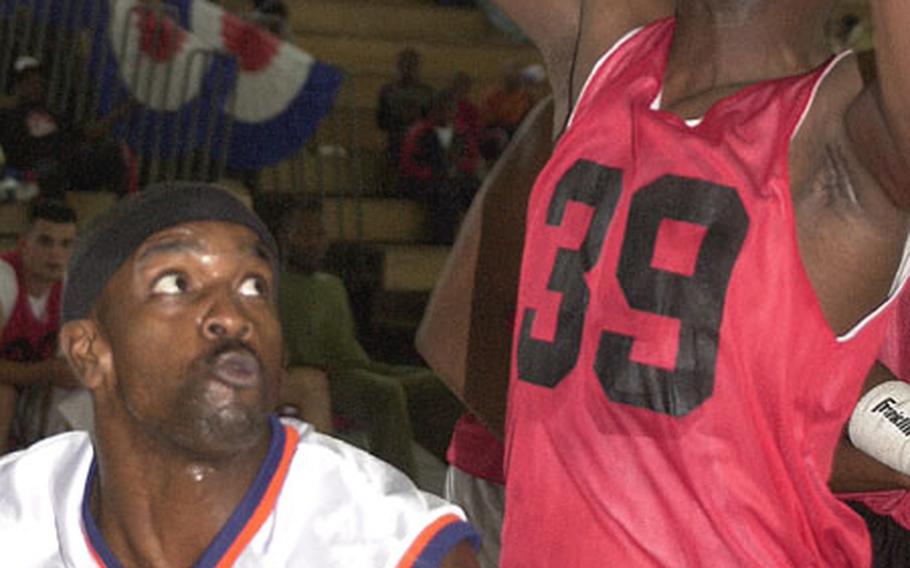 Taurice McMillan of the Okinawa Heat says he&#8217;s convinced of that. He would know.

The two-time All-Marine from Washington has played from company level to Marine Forces Pacific Regional tournaments in his four years on Okinawa.

He also credits his teammates, including the other three former All-Marines, coach Kevin Spivey among them, and two players who&#8217;ve attended All-Marine tryout camps.

The MLK, McMillan said, reminds those who have &#8220;been there, done that&#8221; of what it takes to overcome the best teams from on Okinawa and the rest of the region, while giving players new to varsity ball a taste of higher-level competition.

McMillan, noting that the Marine Forces Pacific Regional tournament, the first stage toward a berth on the All-Marine team, is five months away, calls the MLK a &#8220;stepping stone&#8221; toward the regionals.

One of them could be Chris McKelvey, a 29-year-old Army private first class playing for the Yongsan Runnin&#8217; Rebels of South Korea.

He&#8217;s played in national tournaments for Chattahoochie Valley Community College in Alabama, went to Tuskegee University, then left to pursue a pro career and has played international ball, in Mexico and Germany.

McKelvey says he enlisted in the Army partly to finish the 30 credit hours he needs for a political science degree. And the thought of playing All-Army ball crossed his mind, he says.

Theresa Gittens had 29 points and six assists to lift Kadena High to a 44-36 victory over Guam&#8217;s Andersen Bombers.

Andersen became the first base varsity team to lose to Kadena and Kubasaki in one MLK since the tournament began admitting high school teams in 1997. And it&#8217;s the first time that both prep clubs have earned their way into the MLK&#8217;s double-elimination playoffs, which start Sunday.

Gittens also had 18 points and four steals in the Lady Panthers&#8217; 62-46 regular-season romp over the Lady Dragons earlier Friday.