Perry playing numbers game knowing odds are against it 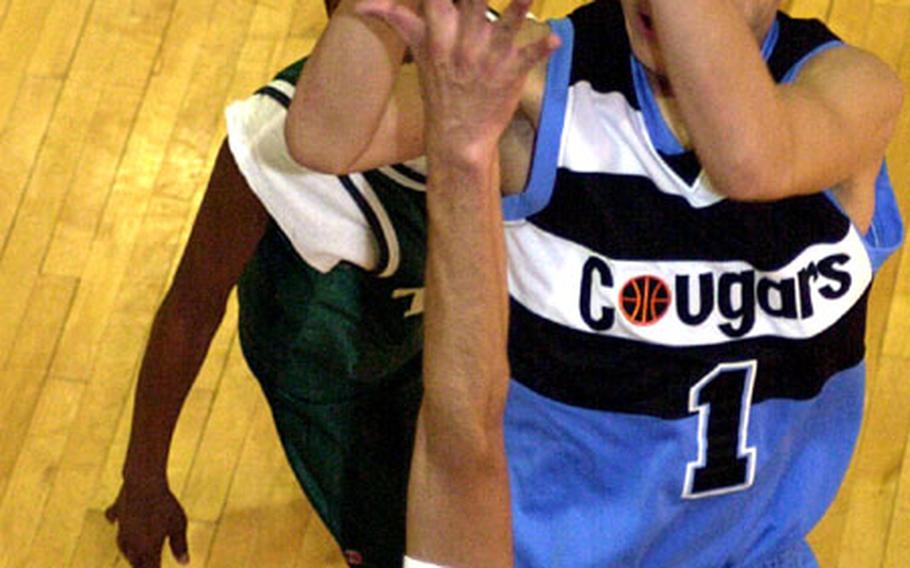 OSAN AIR BASE, South Korea &#8212; Matthew C. Perry had just enough bodies to put a team on the court.

Three players injured in a car accident four days before the tournament stayed in Japan. Four others declined to make the trip.

Yet they took pride in participating.

Like Matthew C. Perry&#8217;s girls team that had only five players and finished fourth in last year&#8217;s Class A tournament, the boys team is at a massive disadvantage against deeper and more rested teams.

&#8220;We knew pretty much the odds were stacked against us,&#8221; sophomore Keith Aubert said. &#8220;I came here for the experience, to have a good time, so I can look back and say that I did this or I did that, and this will make me a better player.

The decision to travel to Osan for the tournament was a last-minute call, Clark said.

Perry (3-18) began the season with 26 players to fill its varsity and jayvee teams. But academic problems, injuries and other factors left only three varsity players willing to make the trip to Far East, Clark said.

The Samurai were rewarded Monday, opening a 15-point lead against Korea Kent Foreign of Seoul before winning 50-47.

First day provides a dose of the unusual

A brief power outage, a scheduling mixup that led to a forfeit, and an injury during warmups highlighted an unusual opening day.

Just 15 minutes into Wednesday&#8217;s openers, the lights and scoreboards flickered off during what base officials said was an unscheduled power outage that covered about half the base. Power was restored in 25 minutes.

International Christian-Pyongtaek, thinking their game against E.J. King of Japan started at noon instead of 11:30, arrived 15 minutes after scheduled tip-off time, leading to a forfeit victory for the Cobras of Japan.