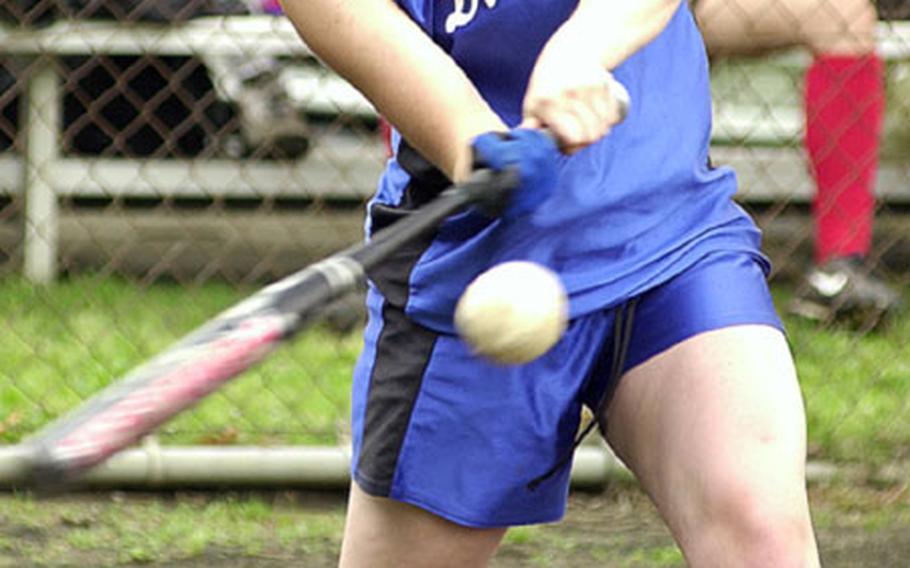 ATSUGI NAVAL AIR FACILITY, Japan &#8212; Bonnie Seeley could have been forgiven for being concerned about her team entering the 2004 Japan Girls Softball League season.

She lost nine players, mostly seniors, from a team that won its fifth straight league championship. Yet after a 10-0 regular season, a sixth straight league title and going 5-1 through Friday in postseason tournament play, the Yokota Panthers don&#8217;t appear to have lost a step.

But come through her team has, and Seeley couldn&#8217;t be happier with her band of softball players, 50 percent of whom are freshmen.

Players such as Samantha Little, a right fielder who played for Yokota&#8217;s football JV team and whose play on the diamond shows it.

The Panthers a week ago fell short in their bid for a third straight Marist Brothers Invitational Tournament title down in Kobe, losing 15-8 in the finals to Marist Brothers International &#8212; Yokota&#8217;s only defeat this season.

Seeley hopes to make this weekend&#8217;s Department of Defense Dependents Schools-Japan Tournament the crowning jewel in the season. The team didn&#8217;t attend last year&#8217;s tournament, since it was held on Yokota&#8217;s prom day.