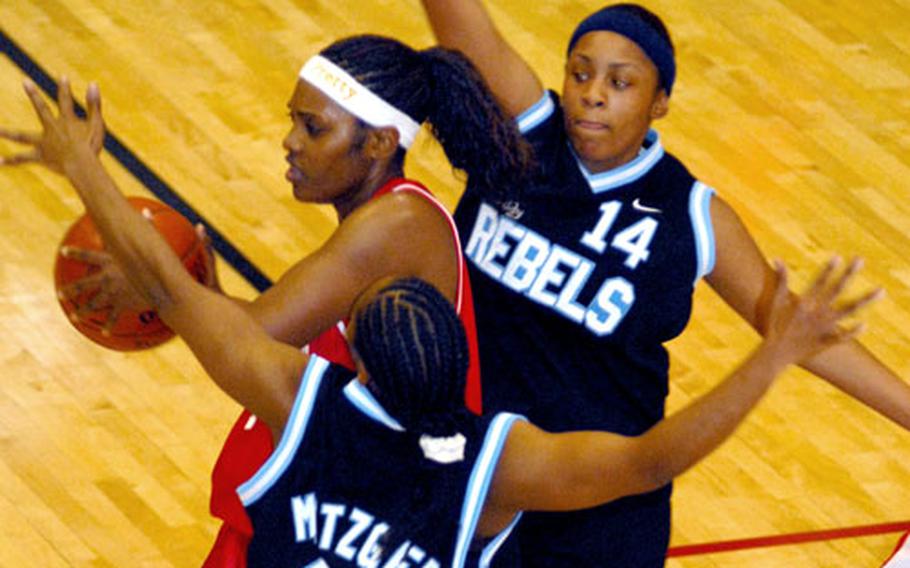 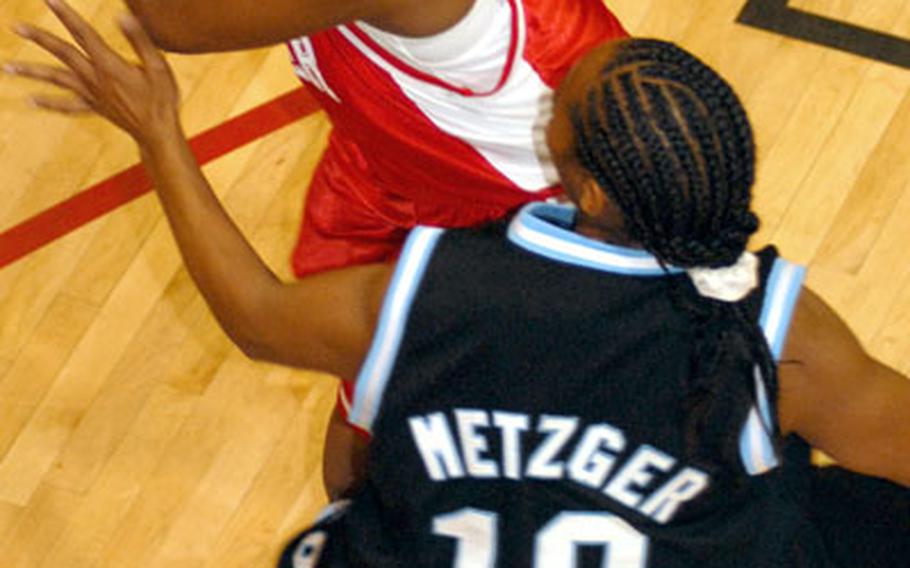 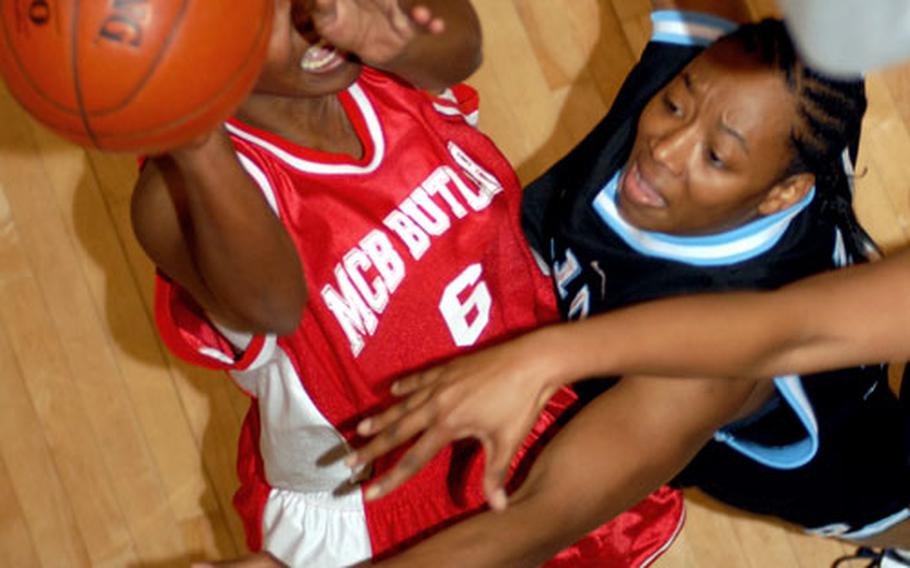 OSAN AIR BASE, South Korea &#8212; They&#8217;d be proud winners of the James Brown Award for hardest working women&#8217;s basketball team in the Far East, if organizers of the 20th-Anniversary Pacificwide Open Holiday Tournament gave out such a thing.

The Okinawa Mystics, the lone &#8220;open&#8221; team in the predominantly post-level tournament, may be thin in numbers. Yet, through four days of play, the team&#8217;s two soldiers, one airman, one Marine and one ex-Marine had impressed opponents and observers not just by reaching the championship game, but with their ability to play hard all 40 minutes and not seem to get tired.

Pretty tall order considering the Mystics are an injury or a foul-out away from falling below the minimum needed just to start a game.

Certainly, a good gaze at the Mystics roster reveals a strong pedigree. Besides Crawford, April Moss is a two-time former All-Marine (2003-04), Coco McCray &#8212; now a dependent spouse &#8212; achieved a similar distinction in 2000 and point guard Amoni Suttice, a soldier, won this tournament two years ago with Korea&#8217;s Kunsan Air Base.

It&#8217;s the type of work similar to what she, Moss and McCray endured during their visits to all-service tryout camps. Typically, the three said, a tryout camp runs for three weeks &#8212; three practices and conditioning that total 10-hour days.

Despite having to forfeit their first round-robin game to Kunsan on Saturday, the Mystics still earned the top seed in the double-elimination playoffs by winning their next three games. They routed Yongsan Garrison 90-65 in the first playoff round before reaching Wednesday&#8217;s championship game by outlasting host Osan 67-63.

Of the possibility that the Mystics might carry home the championship hardware despite their thin numbers, Crawford said: &#8220;That would be great if we did, really be great.&#8221;