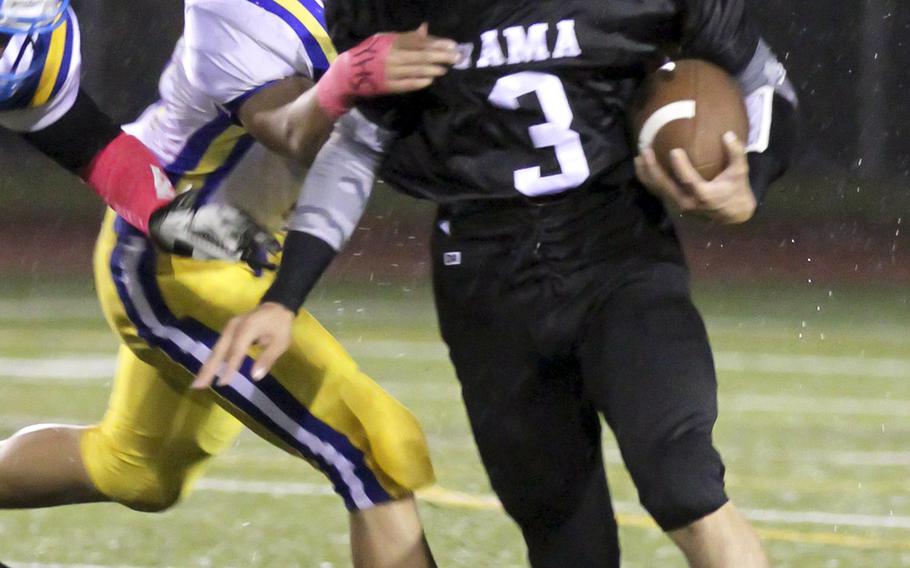 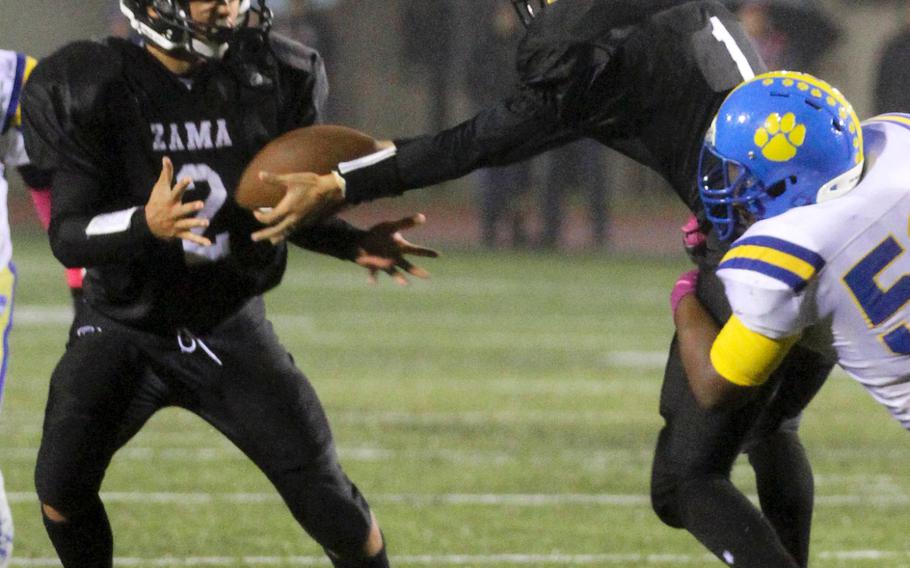 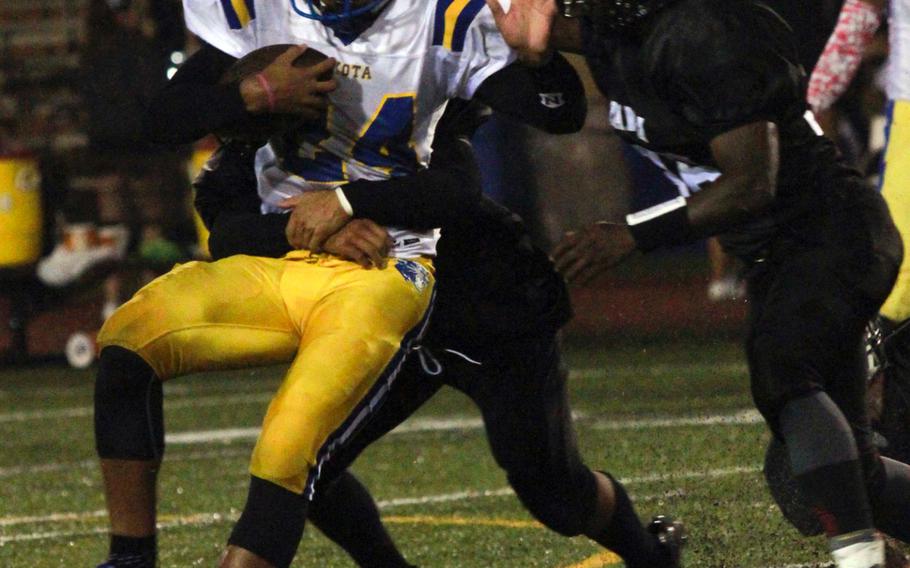 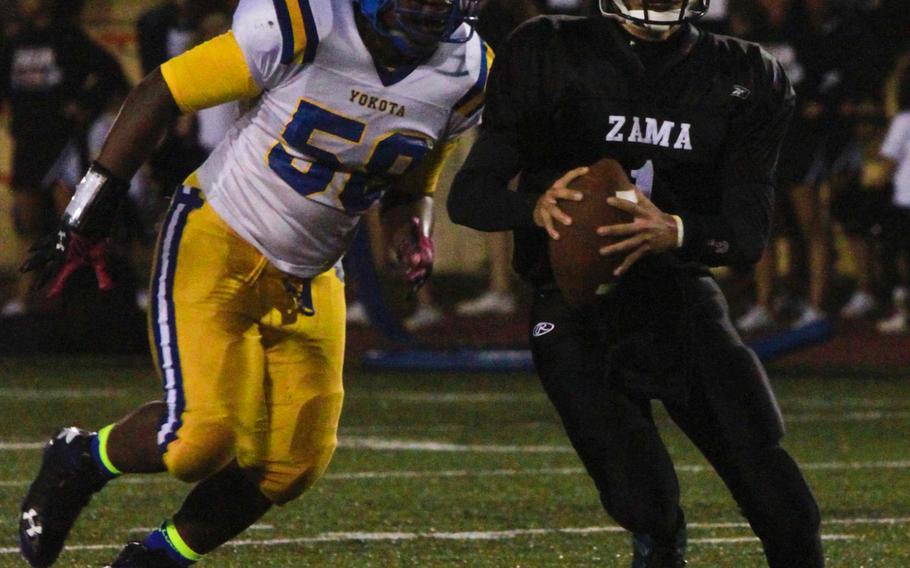 CAMP ZAMA, Japan – A five-touchdown performance by Shota Sprunger and a huge second half Friday by Yokota gave the Panthers their first DODDS Japan and Kanto Plain titles in three years, plus the first Far East Division II title-game berth in school history.

Sprunger ran 11 times for 214 yards, including five TD runs of 23 yards or more, and Yokota broke open a tight game, scoring 28 unanswered points to begin the second half and beating Zama 49-14.

“It feels good. Happy for the boys,” coach Tim Pujol said after his Panthers captured the 14th DODDS Japan and Kanto Plain titles on his 17-season watch.

From there, the Panthers could not be caught. Sprunger scored just before halftime to give Yokota the lead for good, Jamarvin Harvey added a TD run to open the second half, then Sprunger added scoring runs of 35, 32, 46 and 53 yards, the first two on consecutive carries.

“We scored, then we got a turnover and punched on in before halftime; that gave us some momentum, we made some changes at halftime to some of our strategies and thankfully they worked for us,” Pujol said. “The second half went a lot better.”

For the Trojans, who also got a touchdown when K.J. Cruz fell on a Yokota fumble in the end zone, it was a “tale of one quarter,” coach Scott Bolin said, adding that a bad quarter or two has been something “we’ve been fighting … all year.”

Despite falling to 0-5 overall, “we’re moving in the direction we want. We’re excited about the future,” Bolin said.