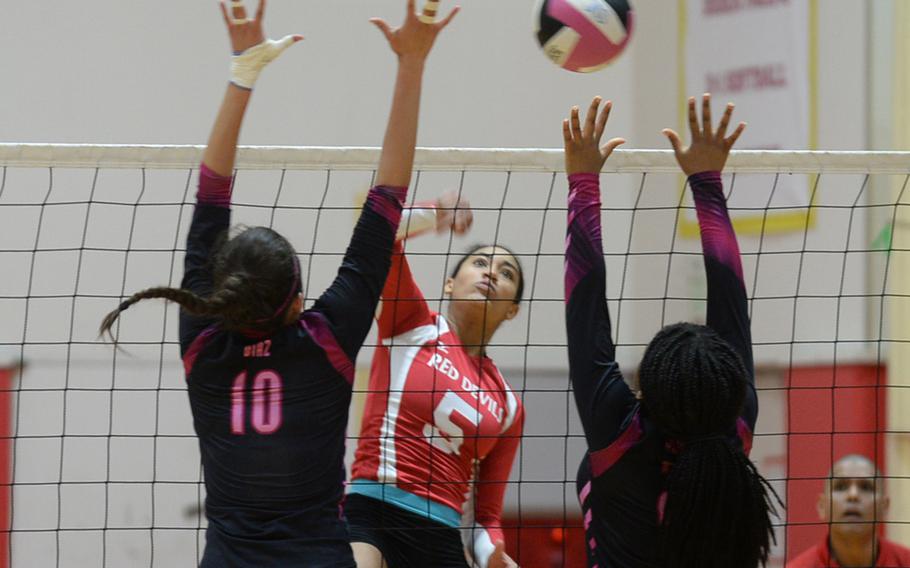 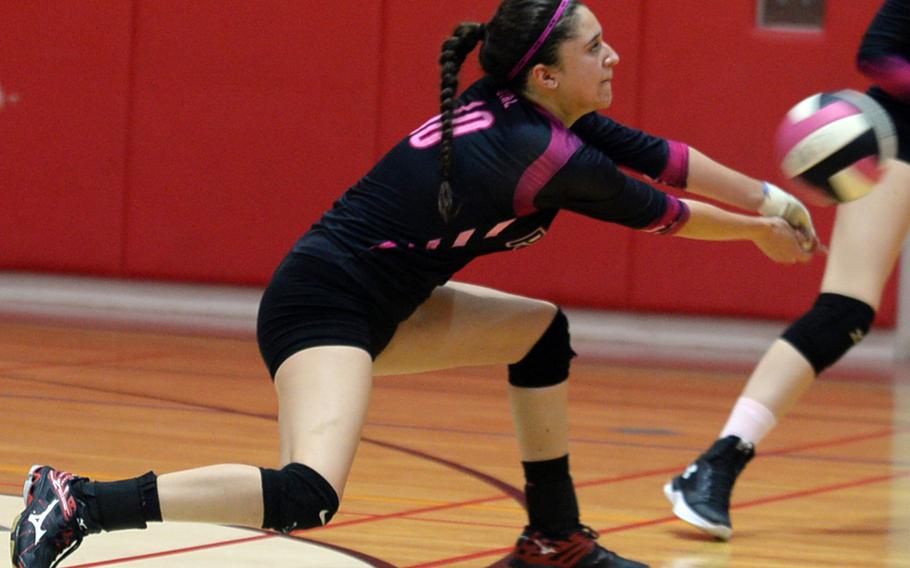 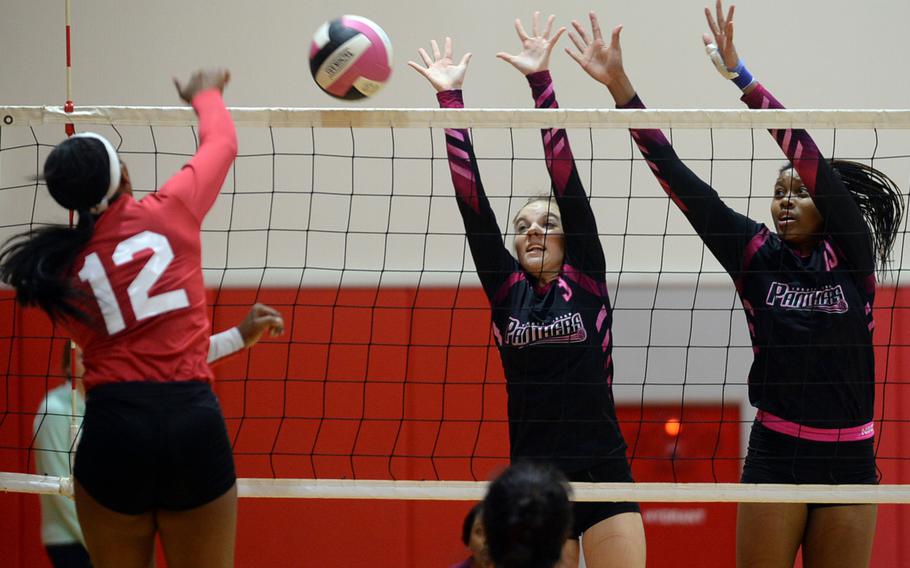 YOKOSUKA NAVAL BASE, Japan – For the first time, a team other than Nile C. Kinnick has won the DODEA-Japan/Pacific-East girls volleyball tournament, ending a 10-year of run of success by the Red Devils since the tournament’s inception in 2007.

“Britney stepped up today and her teammates were a really solid supporting cast for her,” coach Byron Wrenn said. Adrianna Diaz contributed 12 kills and 11 aces for the Panthers. Bailey had four block points and Diaz three.

For senior libero Jamia Bailey (no relation), it was extra special; she’s been part of Panthers basketball teams that have won three straight Pac-East titles and now she has a volleyball title to go with it. “It’s great to be part of school-change history,” Bailey said.

Next for the teams is their respective Far East tournaments, Division I at Kadena and D-II at Zama.

It was the six DODEA-Japan schools’ last tuneup for the Far East meet upcoming Wednesday at Robert D. Edgren.

“The kids will race well, they’ve trained hard and they know the task at hand,” Voth said. “I’m confident that we’ll be competitive. But Kadena will be competitive enough that I’m worried about them.”

ASIJ sweeps on GuamUPPER TUMON, Guam – Absent from this year’s Far East cross country meet will be American School In Japan, a regular entrant which chose to attend the 15th Asia-Pacific Invitational on Guam and forego Far East, less than five days after API.

“I’m really excited,” said Gray after beating Megan Petros 9-7 for the title. “I’m happy I got to play her and beat her. She’s a great player. Her serves were really good.”

The tournament, scheduled over three days, was completed in 1½ days, trying to beat a forecast of heavy rain on Saturday.

The Petros sisters did win the girls doubles title and their senior teammate Reagan Palmer won the girls singles B bracket.