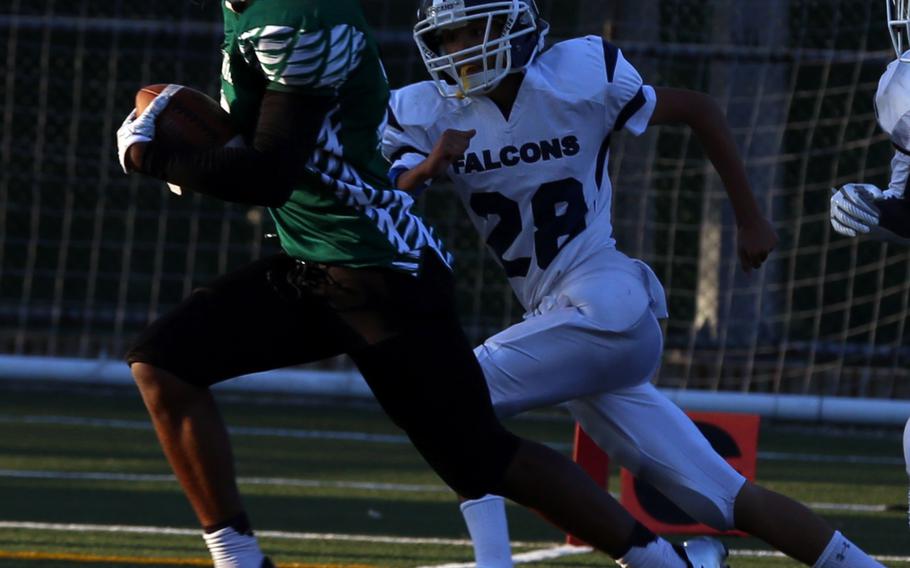 Daegu running back Bishop Fields races for one of his two touchdowns ahead of Seoul American's Steven Petracca. (Neena Ibit/Special to Stripes) 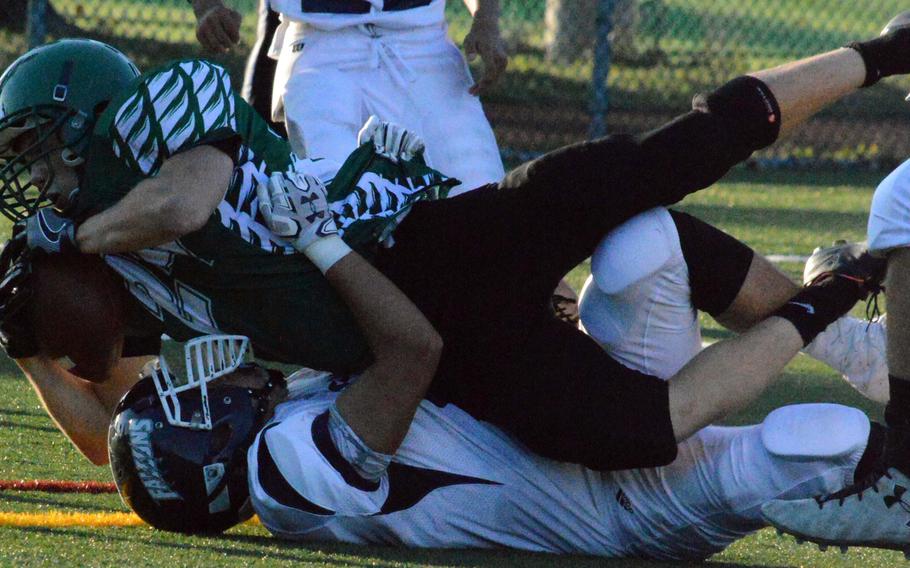 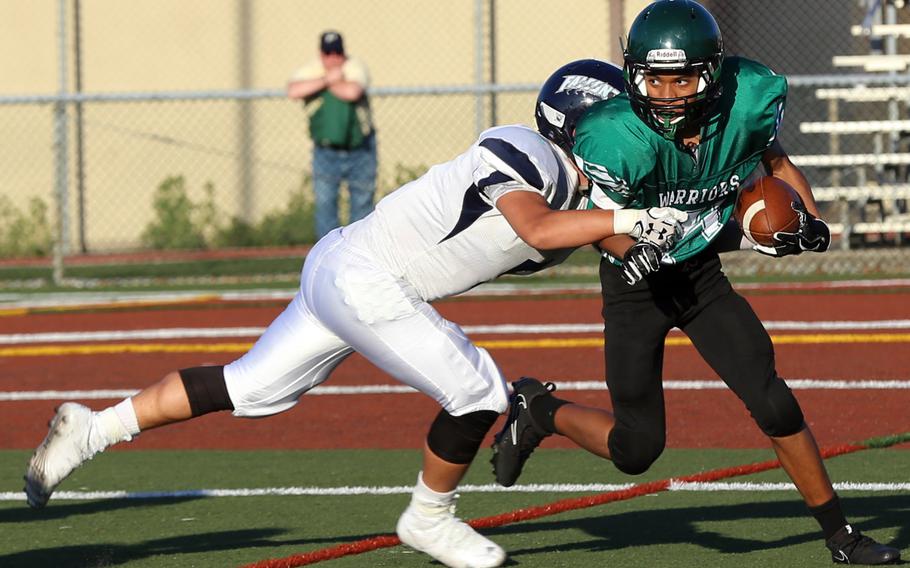 CAMP WALKER, South Korea – Bishop Fields and the Daegu Warriors came away with a much better feeling about their 2017 season opener than they did last year’s.

Fields scored two touchdowns, setting up his second TD with a fumble recovery, and Daegu pulled ahead with four unanswered touchdowns before holding off a Seoul American second-half rally for a 25-13 win Friday at Kelly Field.

“We were more prepared, more focused than we were last year” in Daegu’s 8-6 season-opening win over the Falcons. “We have a different mindset, a different team, we’re much more mature.”

“The team played well as a team. They gelled well,” coach Blake Sims said of his Warriors. “We’ve made a lot of progress. We’ve come a long way.”

Fields finished with 82 yards on 14 carries, including touchdown runs of 16 yards in the first half and 3 in the second. “He’s a game changer,” Sims said of Fields. “He played well for us on offense and defense.”

Javeon Bell chipped in with 163 yards on 15 carries and Michael Martinez threw 24 yards to Jack Zimmer for the game’s first touchdown early in the second quarter. The Warriors outgained the Falcons 282-136 in a game that featured a combined 27 penalties for 275 yards.

Despite falling behind by four touchdowns, the Falcons, who went winless last season, refused to quit.

They got a 40-yard second-half touchdown run by Jordan Ooka and cut the deficit to 12 points on a 47-yard return of a muffed punt by Miguel Villareal for a touchdown. The Warriors insisted that their return man, Hunter Lane, did not touch the ball, but the call stood.

“That’s the heart we are trying to instill in them,” Falcons new head coach Reggie Meno said. “They didn’t give up. They kept fighting. (But) we need to work on fundamentals in every aspect of the game, blocking tackling, protecting the ball.”

Two of the Warriors’ touchdowns were set up from fumble recoveries, one by Bell that set up Zimmer’s TD catch. Lane, a senior, also had an interception in his first game in Warrior uniform.

All in all, a good performance, Fields said, by a Warriors team that he said could go unbeaten in the regular season if all the pieces fall together. “I see good things ahead if we keep up the intensity,” Fields said.