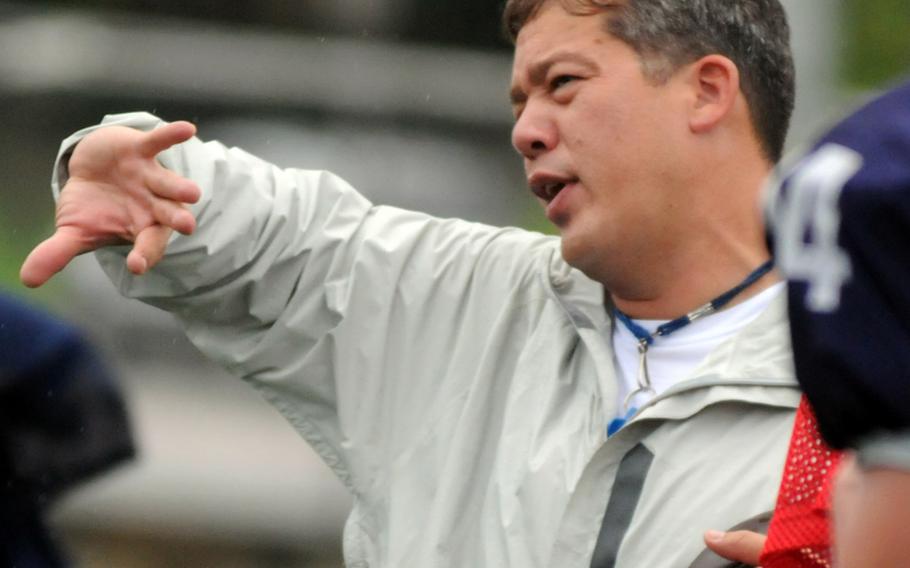 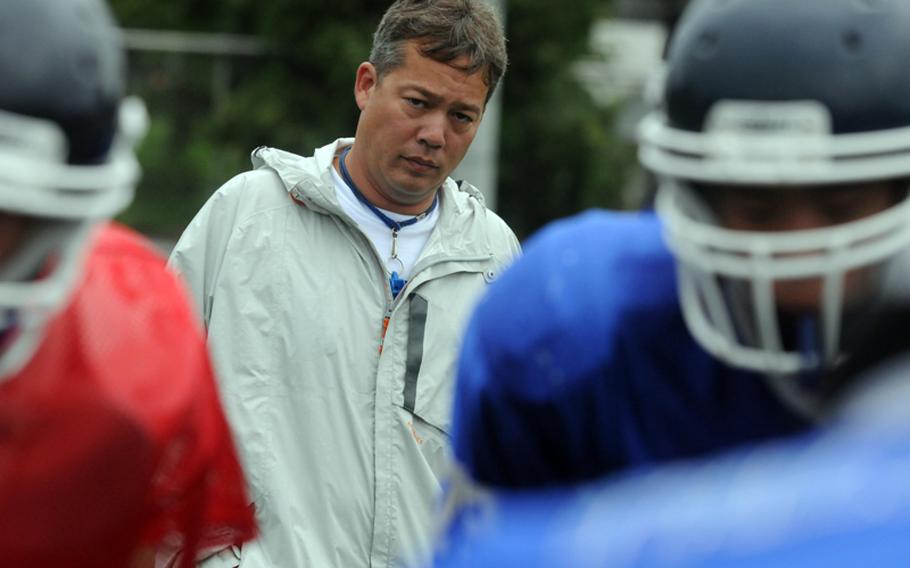 Davis hopes the same approach will work with Seoul American, which he takes over as its fifth coach in five seasons, looking to complete a turnaround following a two-season slump after the Falcons&rsquo; last Far East Division I title in 2008.

&ldquo;It took me awhile to buy into that philosophy, but I keep it simple,&rdquo; Davis said of his playbook, which he patterns after the successes of past and present champion coaches Tim Pujol of Yokota, Jim Hall of Naples and Bill Mierzejewski of Kadena: Keep the playbook to a minimum.

Over the years, he&rsquo;s seen that work: as a player for Nile C. Kinnick in the 1980s, then as a Kinnick assistant and Bamburg head coach in the 2000s, before coming to Yongsan as an assistant.

&ldquo;Five to seven plays. A dive here, off-tackle there, sweep there and the occasional pass,&rdquo; Davis said. &ldquo;With the success those guys have had, they&rsquo;re doing something right.&rdquo;

Whether Davis and the Falcons can do the same depends on a young squad that must replace senior triad Harold Martin (quarterback), Tomiwa Akinbayo (end) and Tyrend White (back), three offense stars who led the Falcons to last year&rsquo;s D-I semifinals.

It&rsquo;s also the earliest start for a Seoul American football team in school history. With the new Pacific high school football schedule pitting all Division I teams against each other at least once, the season begins for the Falcons in August.

&ldquo;It&rsquo;s new for us to start this early,&rdquo; said Davis, whose Falcons hit the field turf at Sims Field for their first workout on Aug. 6. In back-to-back-to-back weeks in September, the Falcons visit Kadena, then host Kubasaki and defending D-I champion Yokota.

Key to any Falcons renaissance will be the play of Martin&rsquo;s replacement, Cameron Harris; running back Brandon Roseborough and a line averaging 200-plus pounds across, featuring in the middle Sidney Mala&rsquo;ulu, a 6-foot, 267-pounder.

&ldquo;We&rsquo;re very young,&rdquo; Davis said, adding that &ldquo;we&rsquo;re ahead of the curve of any other programs I&rsquo;ve had at this stage. We have a lot to work on, but to this point, I&rsquo;m very impressed.&rdquo;

Base offense&mdash;Double wing, power I.

Base defense&mdash;4- and 5-man fronts.

Strengths&mdash;Interior size, at least 217 pounds across the board; Mala&rsquo;ulu tips scales at 267.

Overview&mdash;Rebuilding. Small but experienced leadership core rallying around a longtime presence in DODDS as a player and coach (Davis has coached 12 years, in addition to playing for Nile C. Kinnick four years in the 1980s). A work in progress that could be competitive by the end of the season.