Trojans sweep series from Samurai with another rout 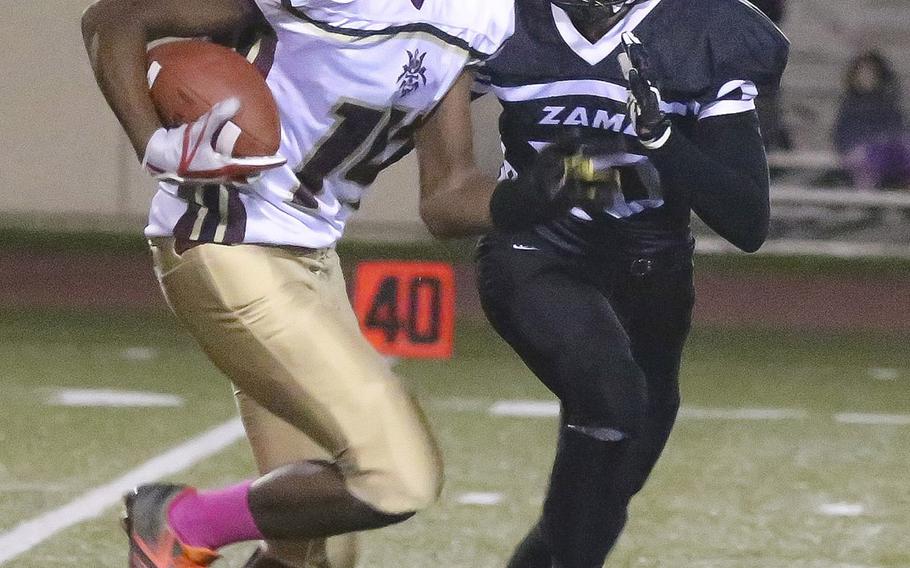 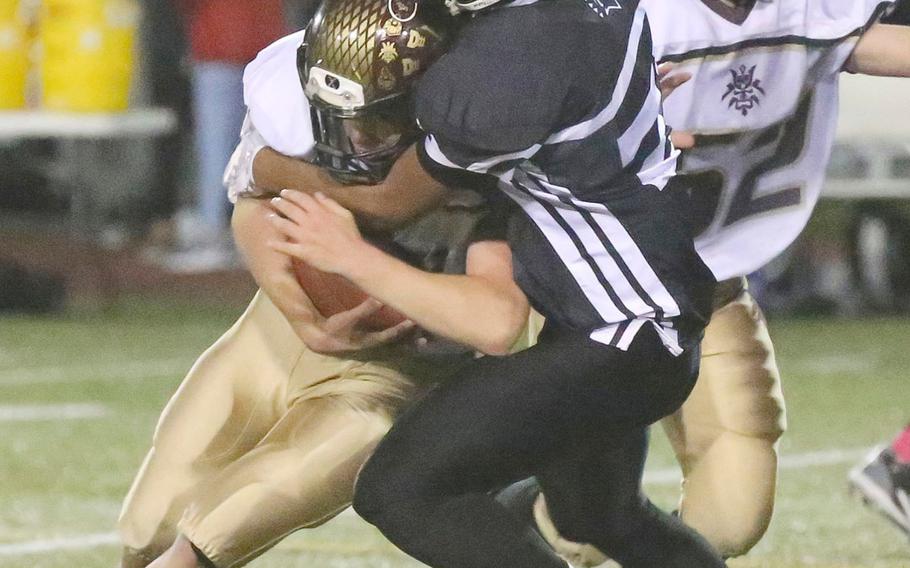 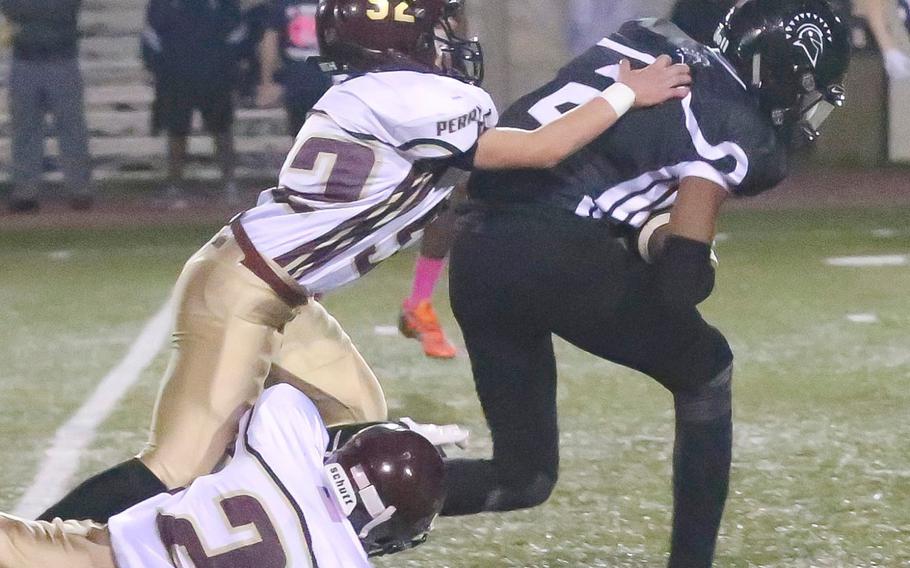 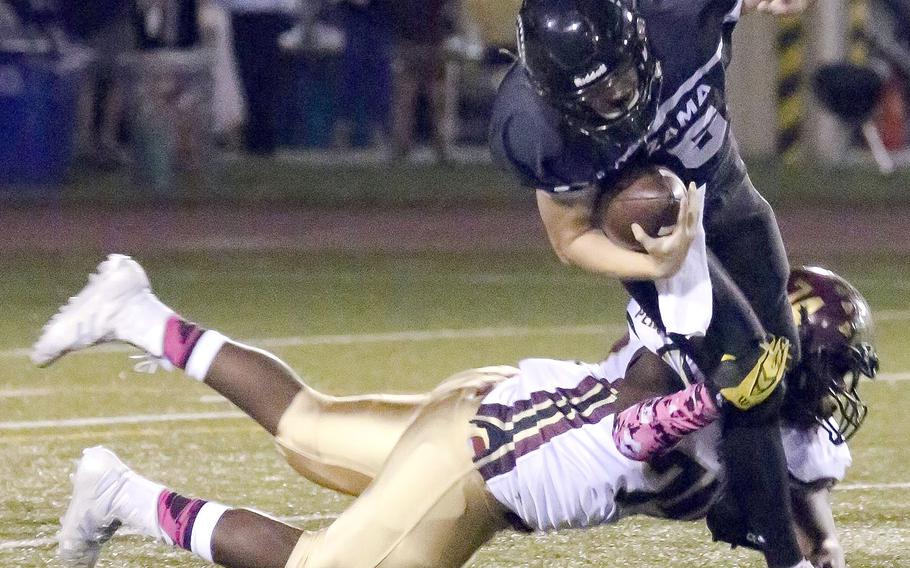 Nick Canada threw three touchdown passes, one each to a different receiver, and the Trojans remained unbeaten against Japan Division II opponents, beating the Samurai 38-6 to sweep the season series from Perry by an 84-6 margin.

It was the Trojans’ final tune-up for a date next Friday at Robert D. Edgren, which is also unbeaten against D-II opposition and is the only Japan D-II team with a chance to knock Zama out of host rights to the Far East D-II title game next month.

“With Edgren making noise, clearly we need to strap up and compete,” said Bolin, whose Trojans are 3-2 overall, but 3-0 against D-II teams in Japan. “We want to ensure there is no dispute in Japan Division II this season.” Kickoff next Friday is at 6 p.m.

Canada threw touchdown passes of 25 yards to Devonte Gabriel, 20 to Caen Hammond and 85 to his brother, Sean.

Luke Singer rushed 25 yards for a touchdown and Jay Webb returned a fumble 6 yards for a score. Keshawn McNeill also had an interception for the Trojans.

The Samurai (1-3, 0-3) broke through in the second quarter on a 12-yard touchdown pass from Matthew Torrecillas to Joel Pacleb. They have the week off before hosting Edgren at 6 p.m. Oct. 26.