Seoul American has easier time in rematch with Osan 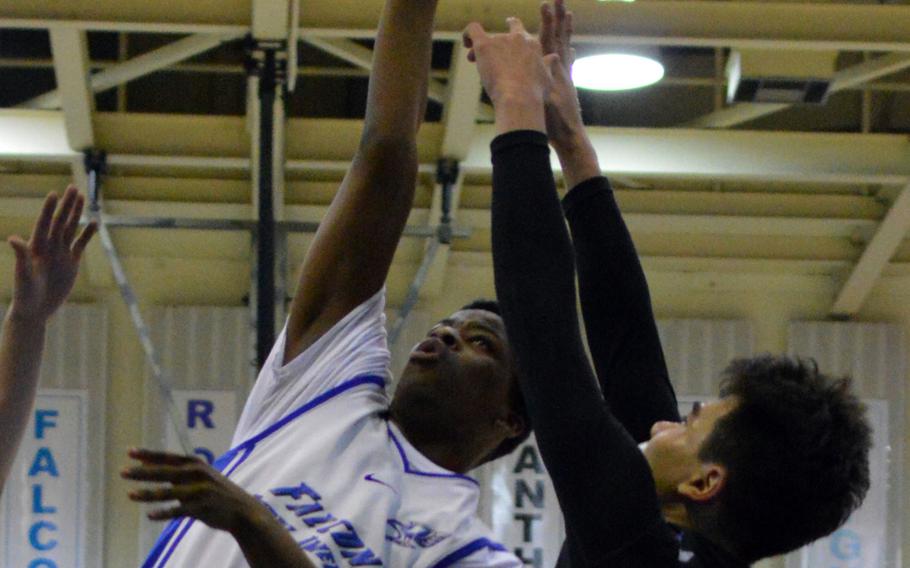 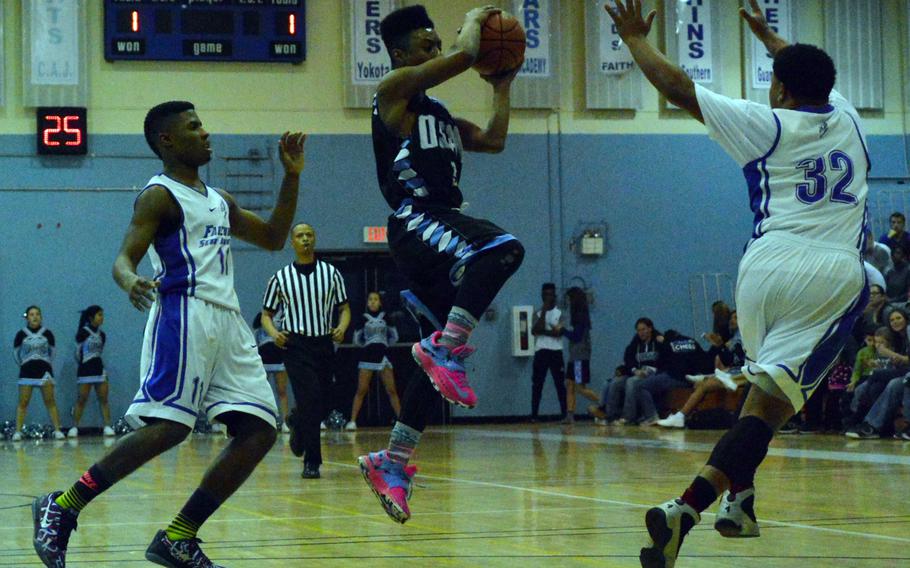 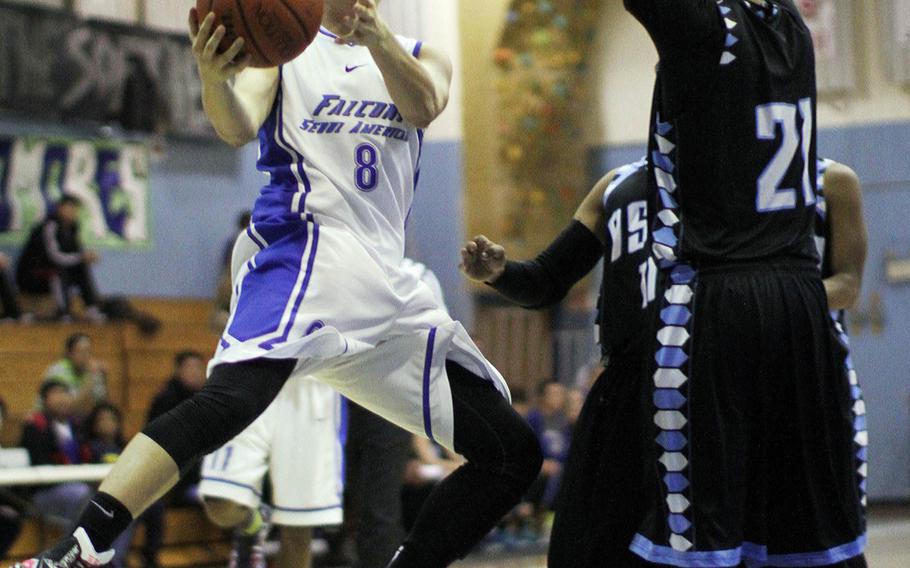 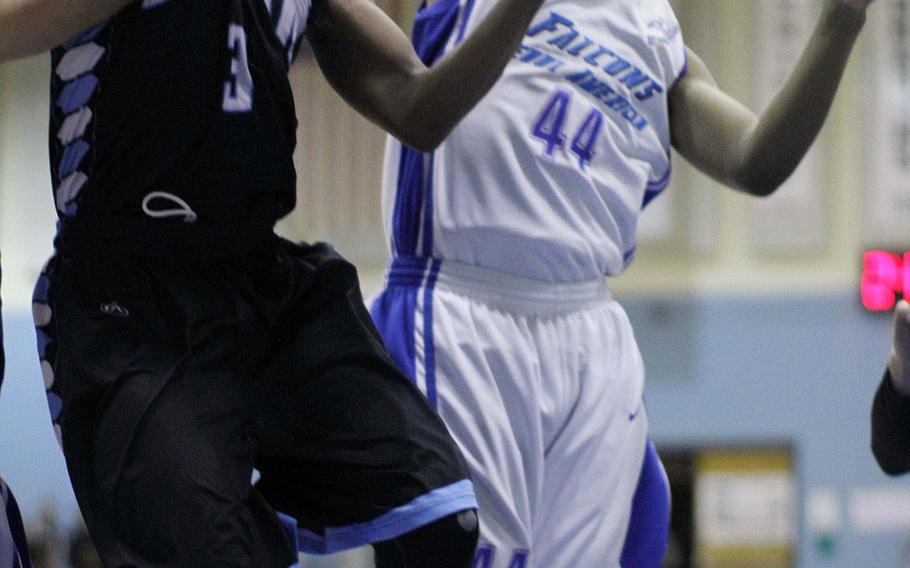 YONGSAN GARRISON, South Korea – Even while leading by 20 points most of the second half, coach James Davis said he felt he and his Seoul American boys basketball team wasn’t never safe from a late rally by Osan.

Still, Davis said he felt it was like driving a race car while looking over his shoulder the whole time. Mainly at a shooting guard wearing jersey No. 3, Osan senior Nicholas White.

“A 20-point lead, I didn’t think that was enough. I do the math, that’s seven shots from three by Nick,” Davis said.

Going into the game, White was the DODDS Pacific’s leading scorer averaging 30.5 points per game, and torched the Falcons for 33 in their previous meeting.

“I knew he was going to get his; I just didn’t want him to get 33 again,” Davis said. “His shot was off and we played better defense on him.”

The win put the Falcons (10-0) in the driver’s seat in the chase for a regular-season title in the Korean-American Interscholastic Activities Conference Blue Division in Davis’ first season as head coach.

“We were not aggressive enough on the defensive end, and their (Falcons’) size inside really killed us,” Cougars coach James Tolliver said. “Our shots weren’t falling tonight. We were out of rhythm.”

Warriors boys finally capture victoryCoach Phillip Loyd said before the season that his team was young, but could rise to a competitive level by the time the Far East Division II tournament comes along and Daegu goes about the business of defending its title.

Behind junior Joone Abaya, with 25 points, and freshman Devin Speights, with 12, the Warriors took a step in that direction Friday, edging Taejon Christian 52-51 and avenging a 45-33 loss Dec. 10 at TCIS.

“They started to relax and realize they’re good scorers and players,” Loyd said, “and the other players are starting to realize it, too.”

He credited playmakers DeAndre Rosalie and Jay Diaz for creating openings and opportunities for Abaya and Speights to score. “They’re settling down and playing offense instead of playing frenetic.”

Kadena matmen stay unbeatenSteve Schrock said he expected a tight dual meet Friday against Kubasaki. What he had not counted on were surprise victories by Niko Manning (101 pounds) and Aaron Harp (148) that spelled the difference in a 38-25 win over the Dragons.

That gave the Panthers a perfect 4-0 Okinawa regular-season record against the Dragons. But it might not have happened if not for those two wins, each by pin, Schrock said, invoking a quote by UCLA basketball coach John Wooden:

“You have to be at your best when your best is needed, and they were,” Schrock said.

Manning “started it off for us,” Schrock said of the senior, who trailed Zane Frilles 9-2 before rallying to tie the bout and pinning Frilles in 3 minutes, 48 seconds. It’s been a rough senior year for Manning, whose mother is suffering from cancer.

“To see her and all she’s been going through, to come out with that intensity and put it all together, she got it rolling for us,” Schrock said. Harp trailed Alexys Fernandez 6-0 early on before rallying for a pin at 4 minutes, 10 seconds. “And when Harp turned the tables … it was something to see,” Schrock said.

Kubasaki had made some lineup changes, which Schrock said had the Panthers “on their heels” during the middle bouts.

“I have to credit Kubasaki,” he said. “But the Panthers responded. It’s great to see them at the best they can be. I’m proud of them.”