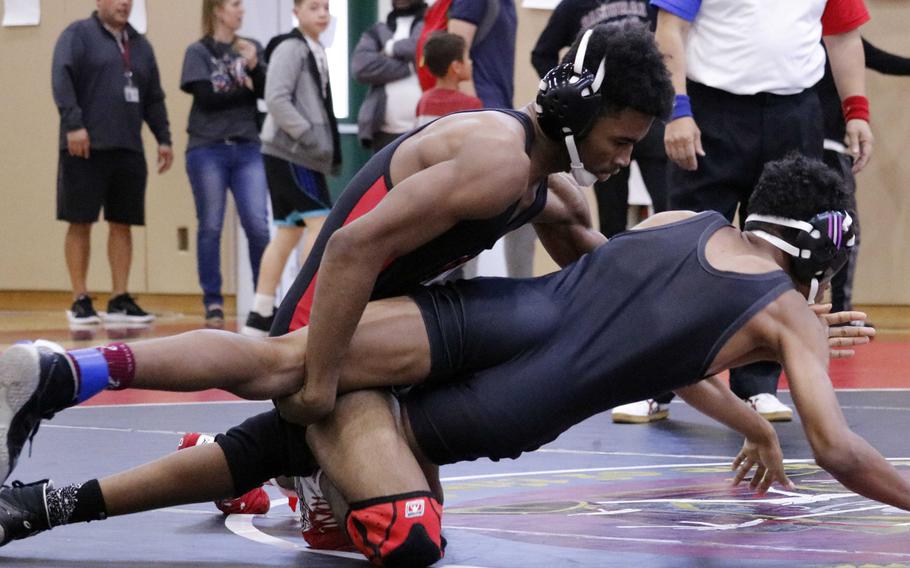 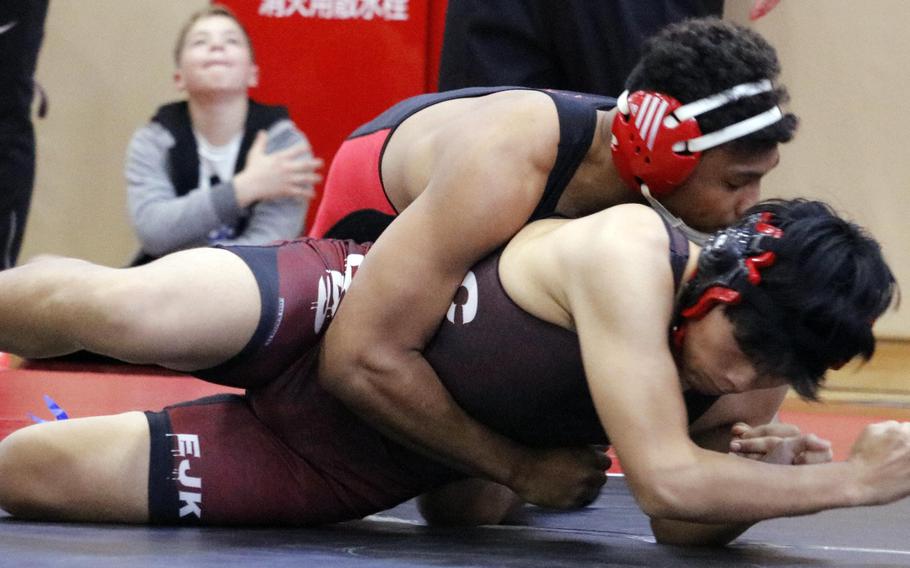 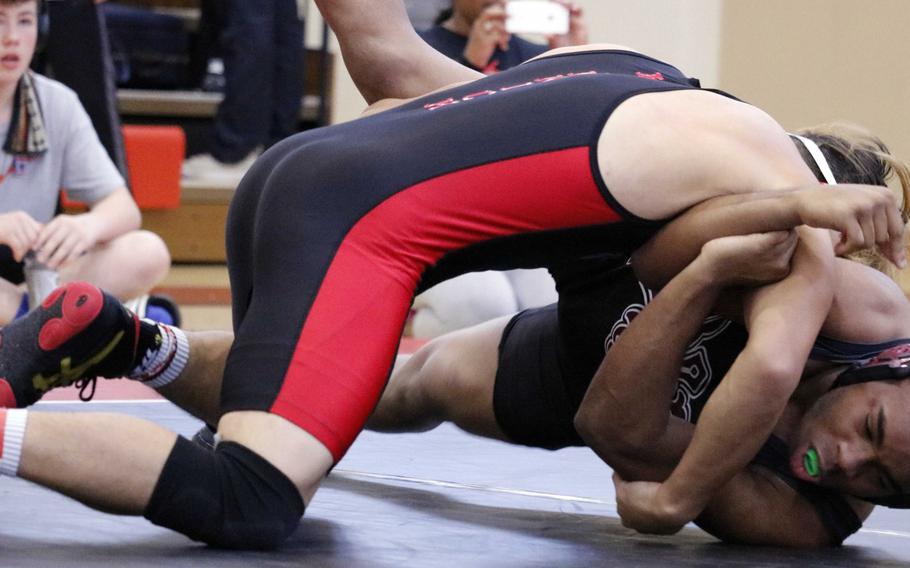 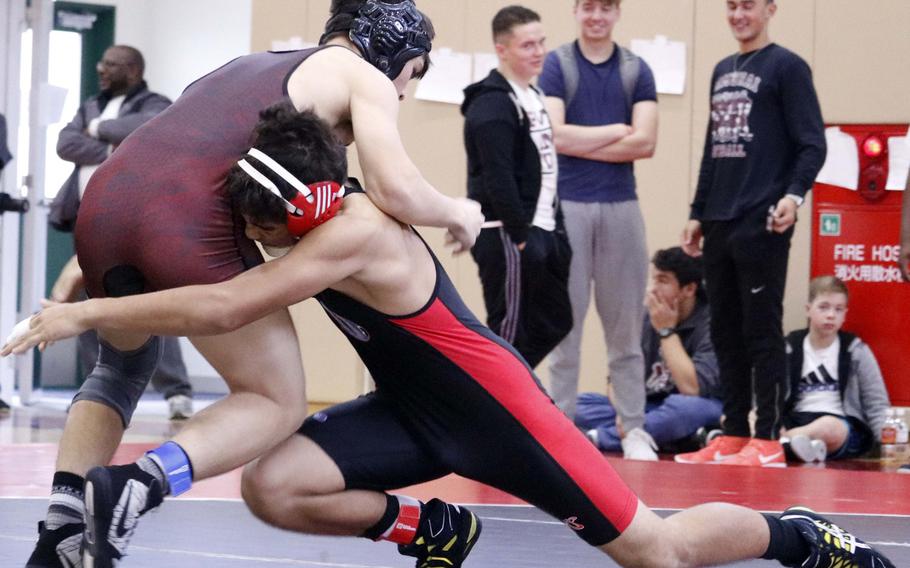 MARINE CORPS AIR STATION IWAKUNI, Japan – In only its seventh season as a wrestling program, Matthew C. Perry might be about to turn the corner, if Saturday’s Perry Invitational Tournament is an indicator.

The Samurai recorded six runner-up finishes in the Perry Invitational, featuring five DODEA-Japan schools, and raised eyebrows among its opponents. And they did it without two of their top wrestlers, Andrew Borrero and Mason Graydon, each sidelined by injuries.

“When he gets his two studs back from injury, they will be formidable, especially in the Division II realm,” Coach Gary Wilson of Nile C. Kinnick said.

That’s the most placements for the Samurai in a tournament on that large a scale. Perry has hosted events featuring two DODEA-Japan schools at a time in years past, but never this many.

“I never stopped recruiting kids” after finishing last a season ago, Munsell said.

Prior to fielding a full team starting in 2011-12, Samurai wrestling enjoyed limited individual success over the years, such as Craig Bell’s 129-pound Far East title in 2008 and Adam Krievs’ bronze at 180 in 2005. Each worked as one-man units, practicing with whomever they could find.

Munsell said he’s hoping Perry can enjoy Saturday’s sort of success on a continual basis in future seasons. “We will keep working until we get where we want, which is the top of D-II,” Munsell said.

Perry scored 42 points as a team, well behind the 117 piled up by Division I power Kinnick, which picked up where it left off the last couple of seasons.

“It was a solid start and I am happy with the team overall,” Wilson said. “We have a lot of work yet to do. We have to continue to improve in both technical and physical performance if we want to continue in our winning ways.”

“That will be a good indicator of where we are early in the season,” Wilson said. The only other team to have winners was Yokota; Caleb Heino took first at 101 and Kaiden Meyer at 115.

Cobras win by 24 to salvage split with YokotaSASEBO NAVAL BASE, Japan – E.J. King boys basketball tends to get its wins over DODEA-Japan rival Yokota by a point here, three points there, but rare is it that the Cobras enjoy a blowout win over the Panthers.

That came on Saturday, when Elijah Dannel led three Cobras in double figures with 25 points and defending Far East Division II champion King burst out to a 17-point first-quarter lead en route to a 74-50 win over the 2015 and 2016 champion Panthers.

It was a sharp turnaround from Friday’s 53-50 loss to Yokota, and coach Laird Small said getting scoring from more than two options proved to be the key. Sidney Parks, a transfer from Perry, added 23 points - all in the first half - and Dyson Robinson had 18.

“Sydney came alive today. He was on fire,” Small said. “Last night, we only had two people scoring, the shots weren’t falling. They did today and that made a difference.”

It was also a major departure from the four times the Panthers and Cobras met last season. E.J. King beat Yokota three times, each by one point, including the D-II championship 67-66 last Feb. 23 at Yokota.

In both games over the weekend, Yokota got its scoring primarily from its junior tandem of Kishaun Kimble-Brooks and Renyck Robertson.

“We need to get something out of the other guys,” Panthers coach Dan Galvin said. “And when we don’t play with defensive intensity, we’re in trouble.”