Perry shuts out Edgren in fnal tuneup before D-II final 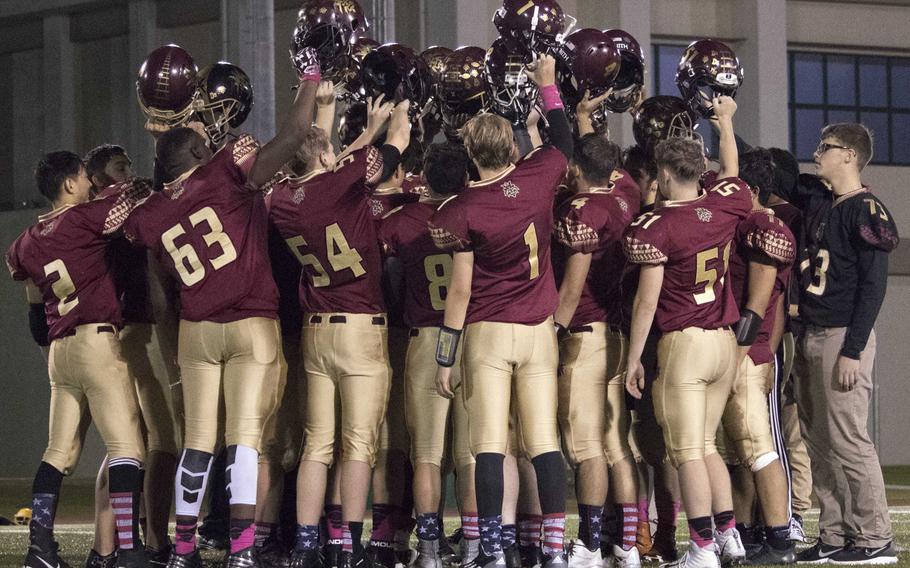 Next for the defending Far East Division II champion Samurai: A trip to Korea for a title-game rematch Oct. 28 at Humphreys. (Lily Schesser/Special to Stripes)

Next for the defending Far East Division II champion Samurai: A trip to Korea for a title-game rematch Oct. 28 at Humphreys. (Lily Schesser/Special to Stripes) 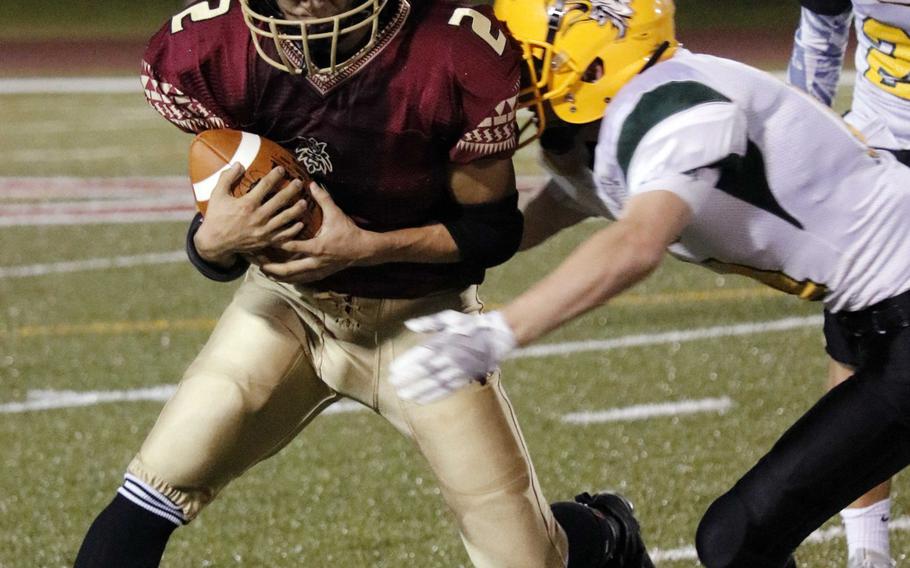 Matthew C. Perry's Dylan Ernst eludes a Robert D. Edgren tackler. He had a touchdown run and an interception. (Lily Schesser/Special to Stripes) 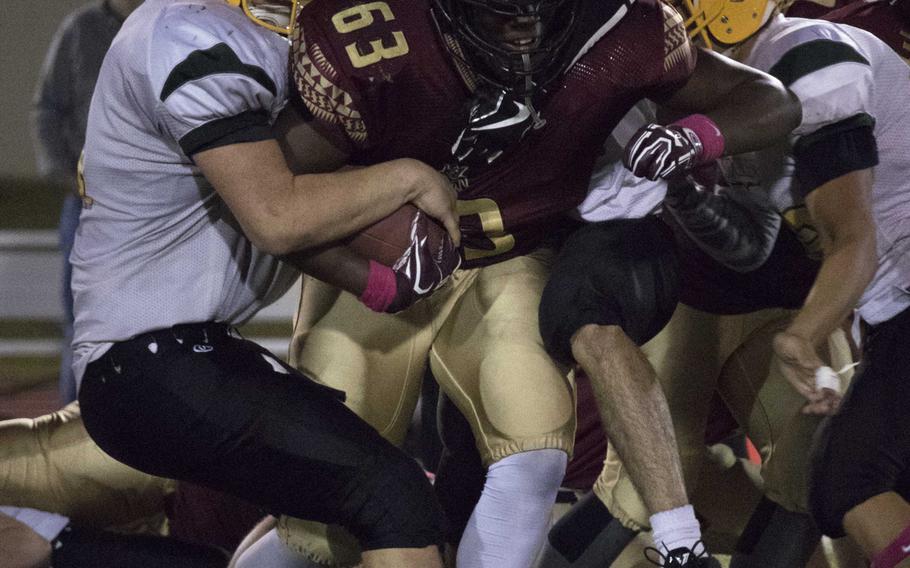 Maybe too much of an eye, coach Frank Macias said.

“I think we might have gotten caught looking ahead,” he said after the Samurai put together an efficient, but lackluster – in the coaches’ eyes – performance against the Eagles.

“Securing the D-II title game berth didn’t do us any favors,” Macias said. Edgren is going to fight you to the end. We have a lot of work to do before the final.”

It was the Samurai’s last action before traveling to Korea next week for a rematch of last year’s D-II final at Humphreys. Perry won that game 44-6 last Nov. 5 at Iwakuni; this year’s final is at 6 p.m. Oct. 28 on Blackhawks’ Field, site of the Samurai’s 20-10 win a week ago.

Perry “spread it around,” Macias said, on offense. Dylan Ernst had 64 yards on eight carries with a touchdown plus an interception, Garrett Macias ran for a TD and Ethan Peterson added 55 yards and a score on eight carries.

Elijah Lebron had 58 yards on 14 attempts and returned an interception for a score. All told, the Samurai had three interceptions and a fumble recovery.

“They (Eagles) moved it a little, but we stuffed them and made big plays,” Perry defensive coordinator Chris Munsell said. “We were frustrated. We didn’t play our best, but we did just enough to win.”