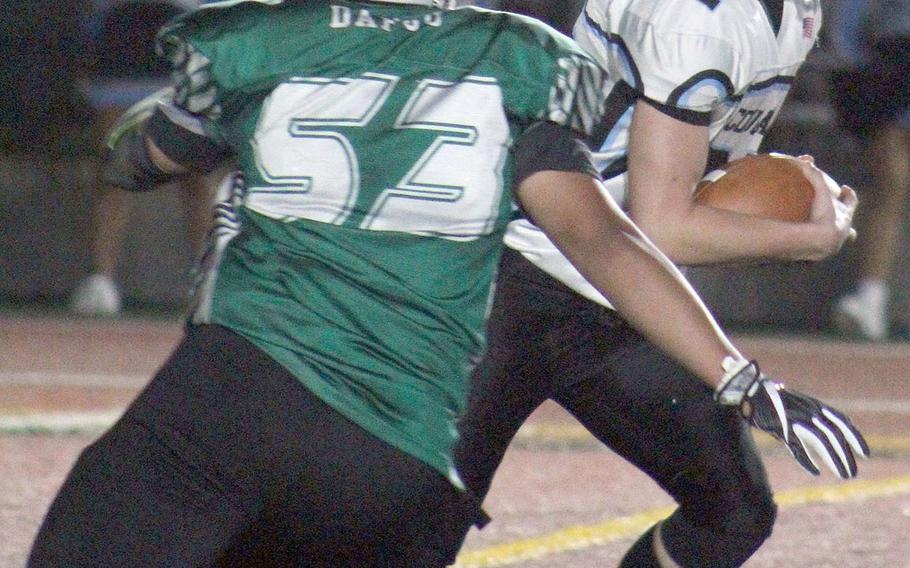 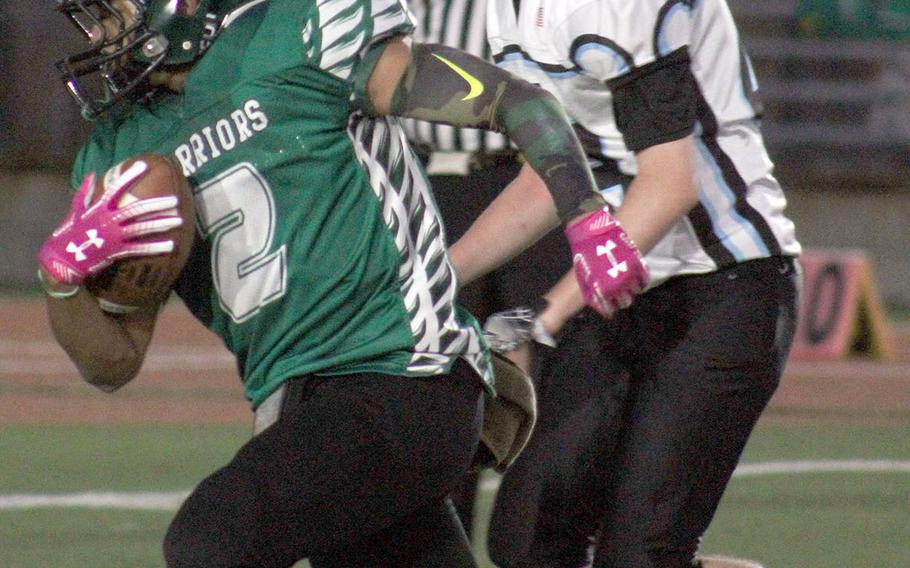 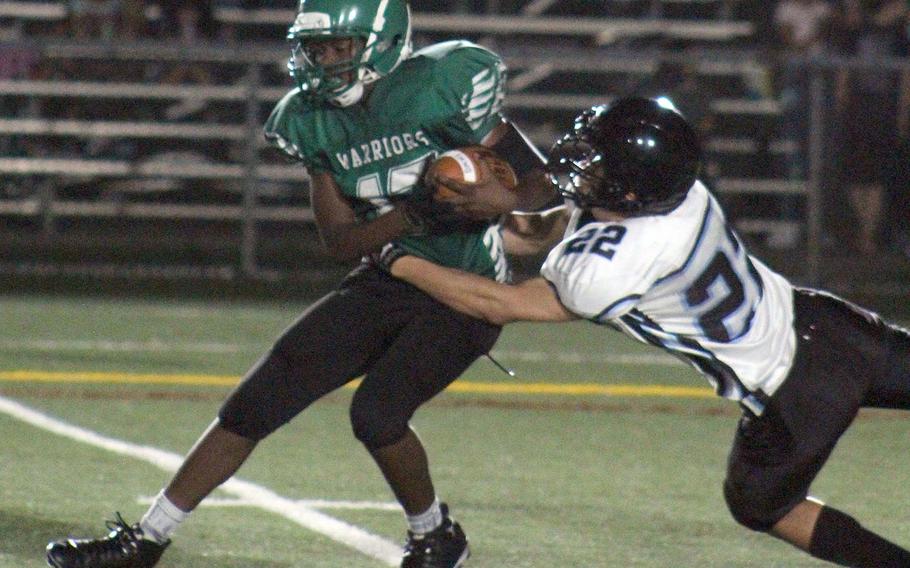 Senior Jacob White rushed for three touchdowns and freshman Bryson Goldsmith added a pair of rushing TDs and returned a punt for a score as the Cougars became offensive road warriors, scoring seven TDs on the ground in a 56-6 season-opening rout of Daegu on Friday.

“We made some good decisions on offense, the offensive line opened some holes and we took very good care of the football,” said second-year Cougars coach Jerome Learman. “Obviously a great start to the season.”

Gregory Lunn and Jalen Grant each also ran for touchdowns for the Cougars in a game that went to a running clock from the middle of the third quarter.

One bright spot for the Warriors was Andrue McCall, who scored on a 2-yard run midway through the second quarter to spoil Osan’s shutout bid.

“They were well coached, ready to play and they did a lot of good things,” Daegu coach Blake Sims said.

This was the first game featuring two DODEA Korea teams playing nine-on-nine format. All D-II teams were offered the option to play nine-man before the season started and the Cougars and Warriors accepted.

Adjusting to playing the different format might have affected the Warriors, Sims said. “It was our first exposure to it,” he said. “We kind of knew that was going to happen.”

The Cougars will hit the road again next weekend when they visit Robert D. Edgren next Saturday; kickoff is at 6 p.m.

“This was still only one game,” Learman said. “We have to keep getting better to be the best version of ourselves that we can be.”