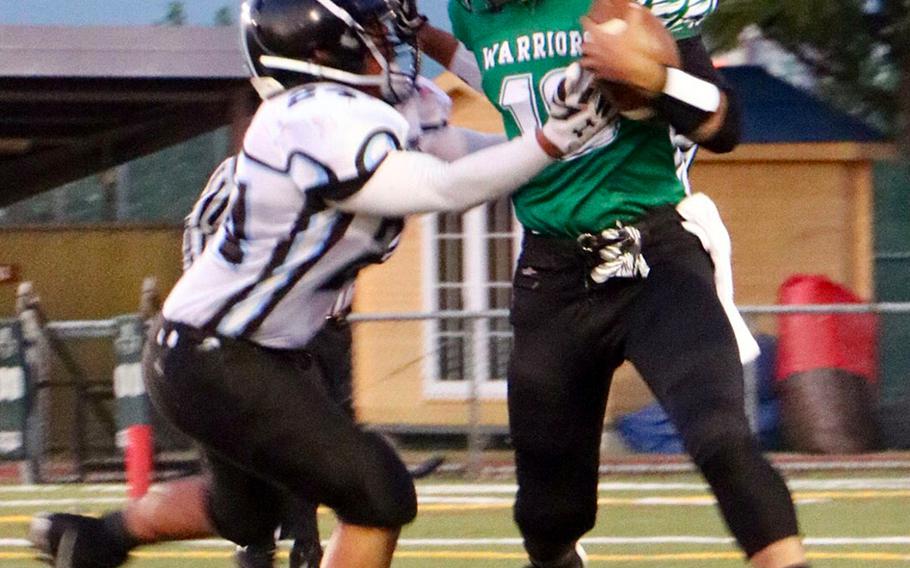 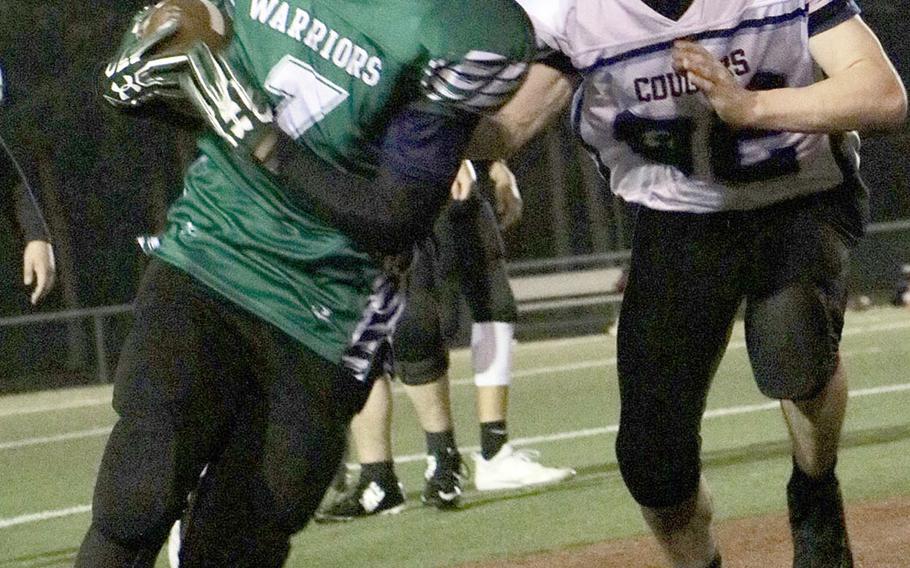 Betts scored both the Cougars’ touchdowns, including a 1-yard run plus a two-point conversion with 1:24 left, that rallied Osan from an 8-7 deficit for a 15-8 triumph over the Warriors.

The teams split their season series, but the Cougars outscored Daegu 21-15 in the two games and in so doing earned the right to travel to Japan, which this season hosts the D-II title game on Nov. 10. The Cougars will face either Zama or Robert D. Edgren.

“This reinforces the feeling that our hard work is paying off,” first-year Cougars coach Jerome Learman said. “But we have to keep working and keep getting better. We have a lot of things to improve and we have a long way to go.”

Daegu answered back in the fourth quarter. Ethan Rodriguez ran 8 yards for a score, then on a botched extra-point kick, placekicker Kekai Chun-Andrade ran the ball in for two points to give the Warriors a brief 8-7 lead, setting the stage for Betts’ heroics.

The Warriors have the week off before traveling to Humphreys for the Blackhawks’ homecoming game on Oct. 26. Osan tunes up for the D-II final against a squad of second- and third-line players from Humphreys on Nov. 2.