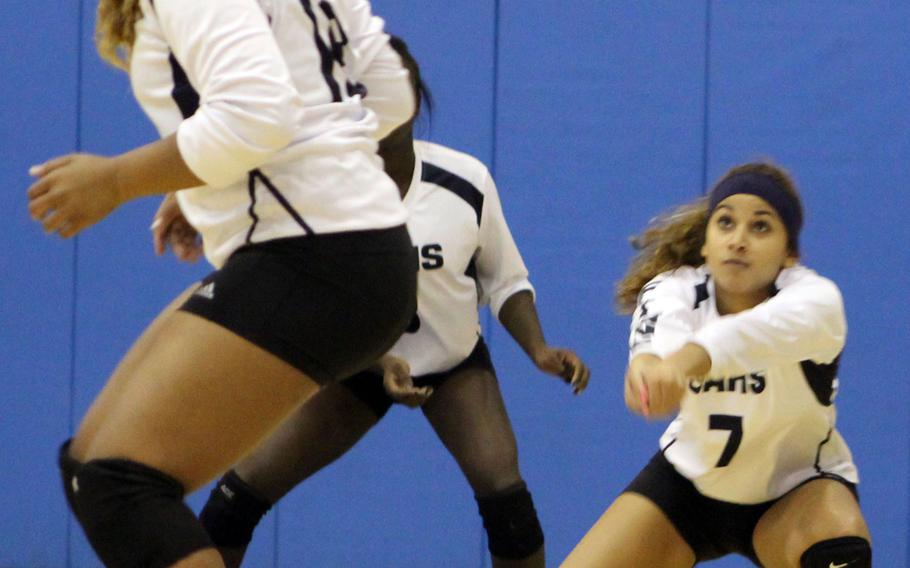 Seoul American's Savannah Sanders digs up the ball against Osan. (Mariam Lee/Special to Stars and Stripes)

Seoul American's Savannah Sanders digs up the ball against Osan. (Mariam Lee/Special to Stars and Stripes) 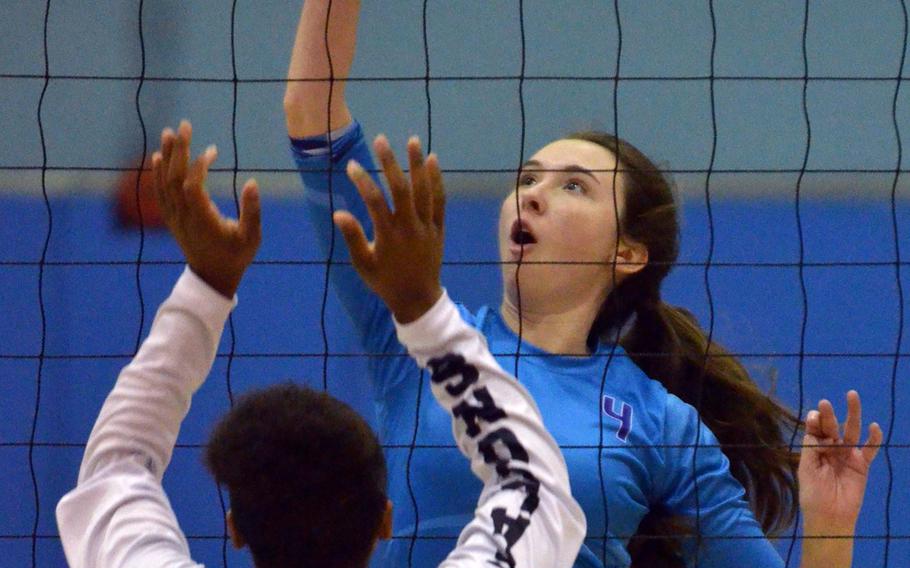 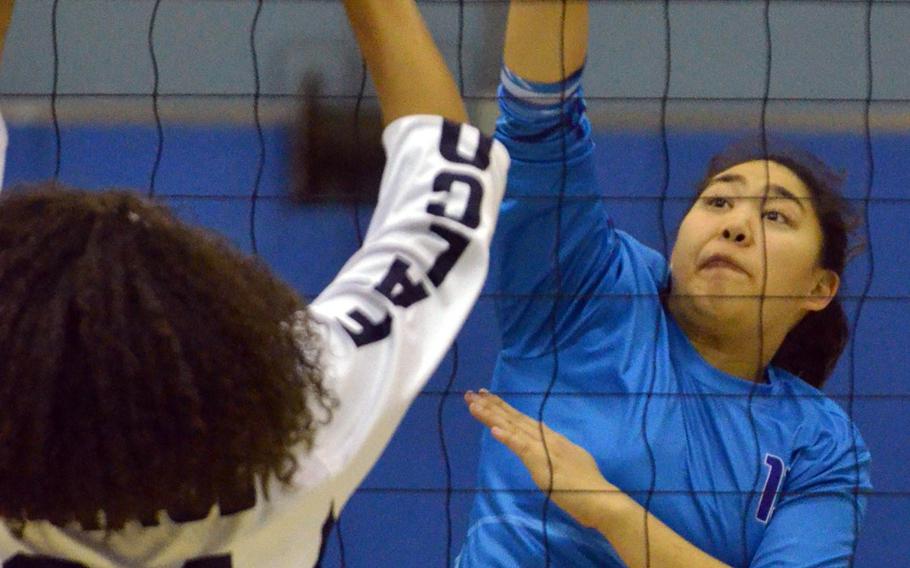 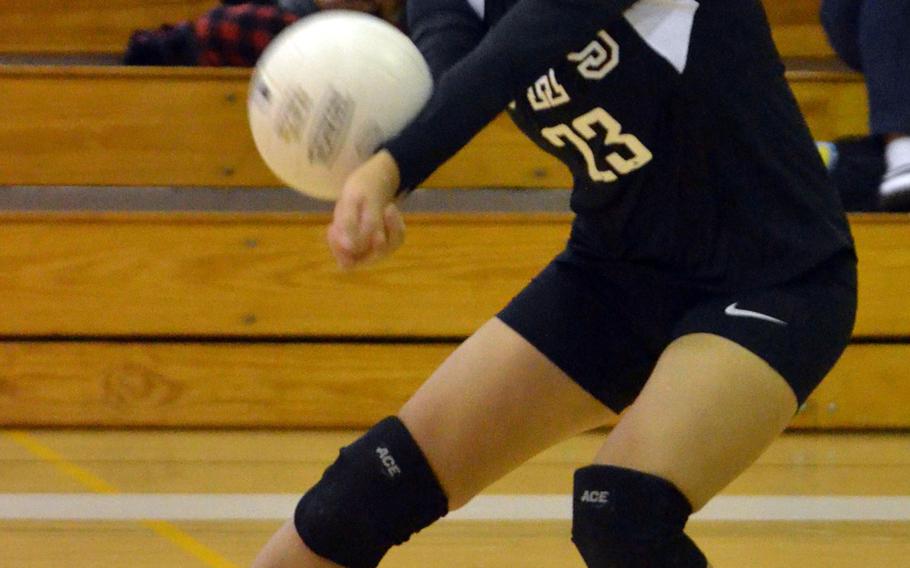 Still, Osan and Seoul American feel they got some takeaways to help them prepare for Far East tournament play next week. Haille Nugent scored eight kills and Madison Hyde – who used to play for the Falcons – recorded 20 assists as the Cougars swept Seoul American 25-23, 25-23, 25-22 in Saturday’s tournament final.

“Emotionally, it took a lot out of me,” Hyde said, adding that she had been dyed-in-the-wool Falcon Navy blue and white “from Day 1” as a freshman until transferring to Osan last summer. “Seoul played a great game. But my team came through; that’s all you can ask for.”

“Coming off a win like that, you want to get more wins,” Hyde said. “We’re hoping to bring home another banner for Osan” from the D-II Tournament Monday-Thursday at Yokota.

Alexis Harrod had 10 assists for the Falcons, who got seven kills from Latisha Dolford and six from Renee Thompson. “More communication; that’s our trouble,” Harrod said. “That’s a key to every sport you play. Everything else is fine with us.”