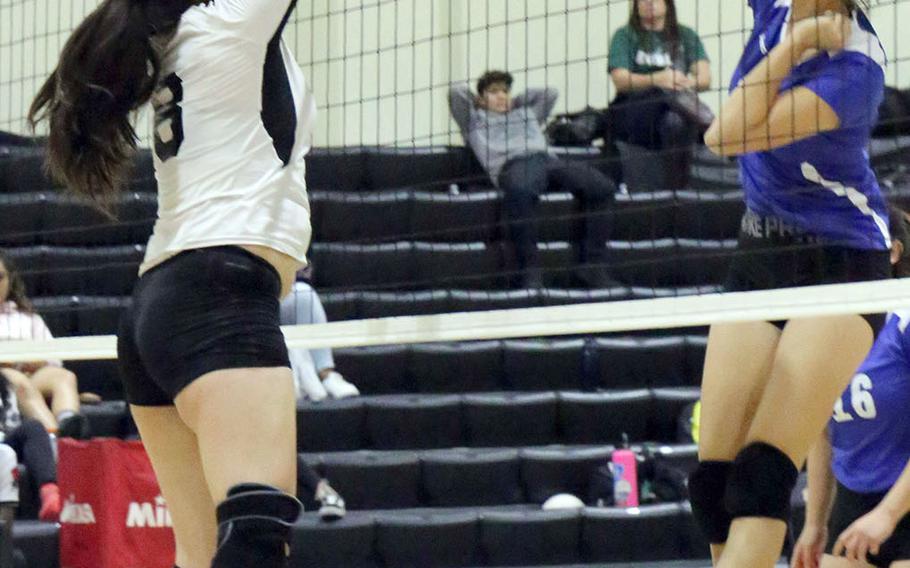 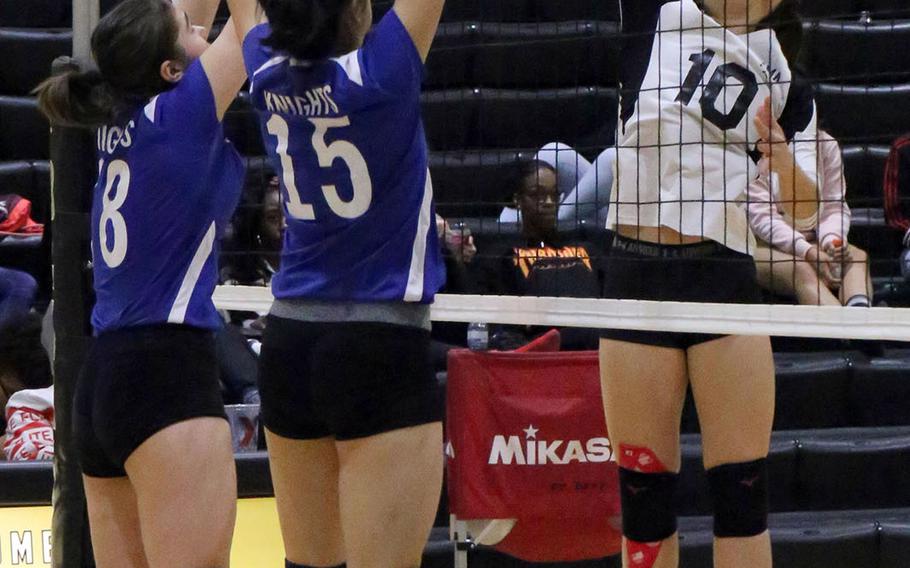 Zama's Leah Sakamoto-Flack tries to hit the ball through a pair of Christian Academy Japan defenders. (Krystal Duenas/Special to Stripes) 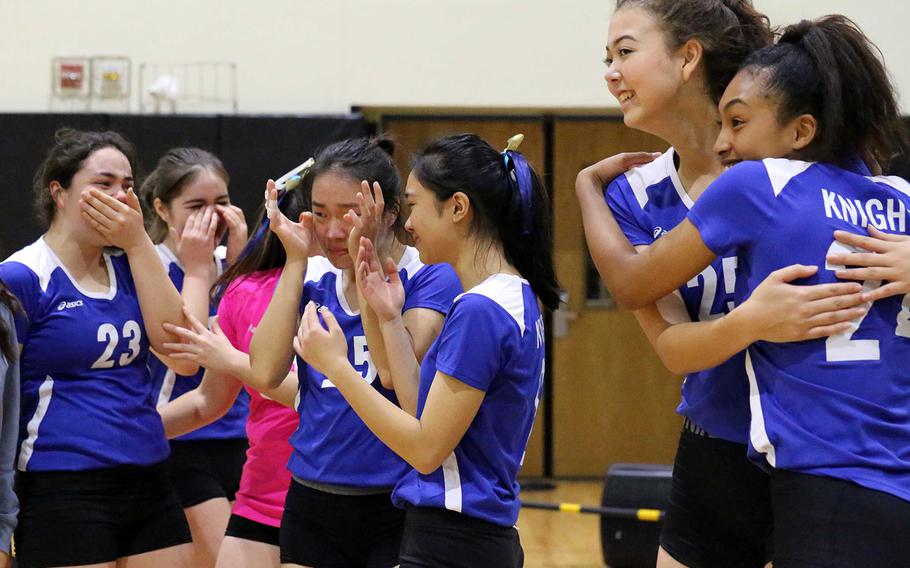 “I was really proud of them. They hung in there and kept pushing back,” coach Tanya Hall said of her Knights.

Deakins piled up “lots of kills and blocks” throughout the last two days, while Bedow was “the glue that held everything together,” Hall said.

Setter Mitsuki Hishimura got hurt during warmups but came back to have a big game.

“She was all over the court setting things up,” Hall said.

This was CAJ’s first Far East volleyball title since the Knights won the Division I title in 2009.