Kinnick soccer teams have a perfect weekend as play resumes 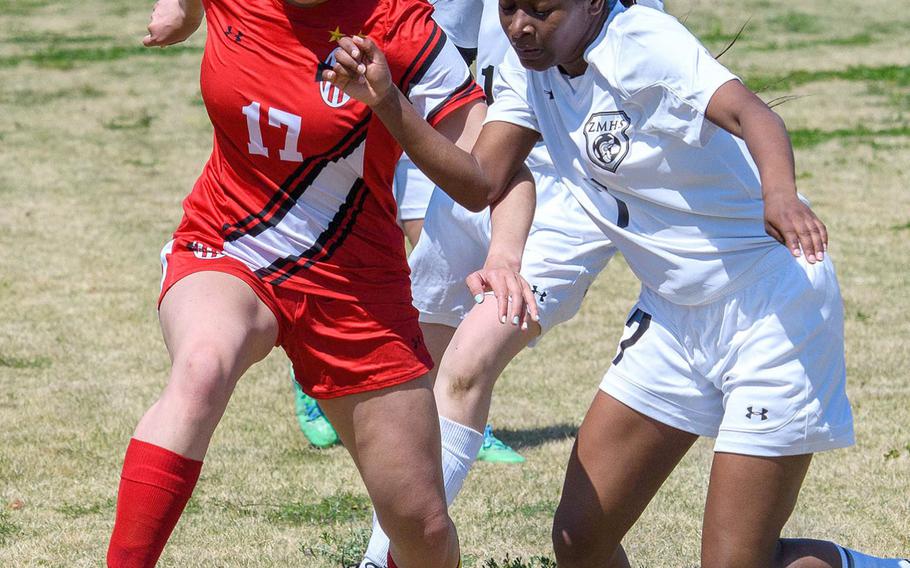 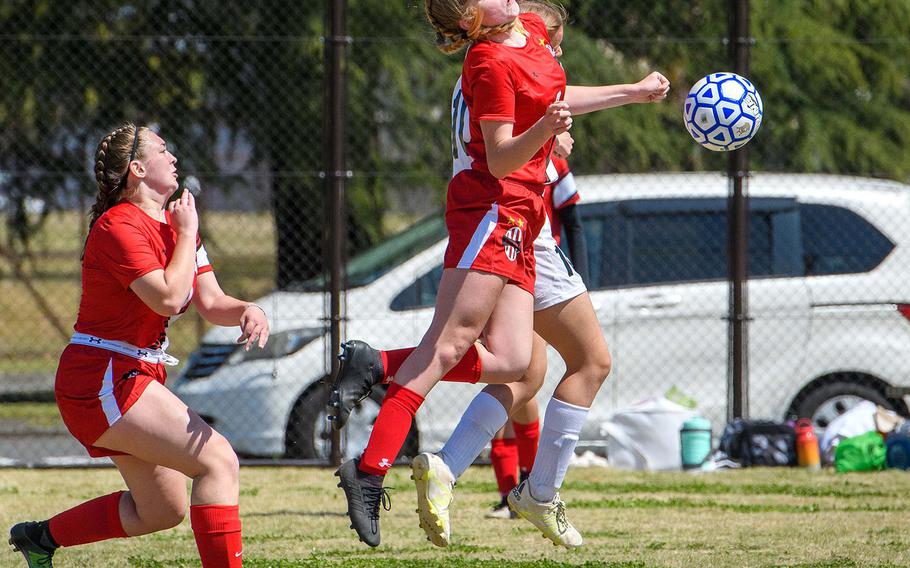 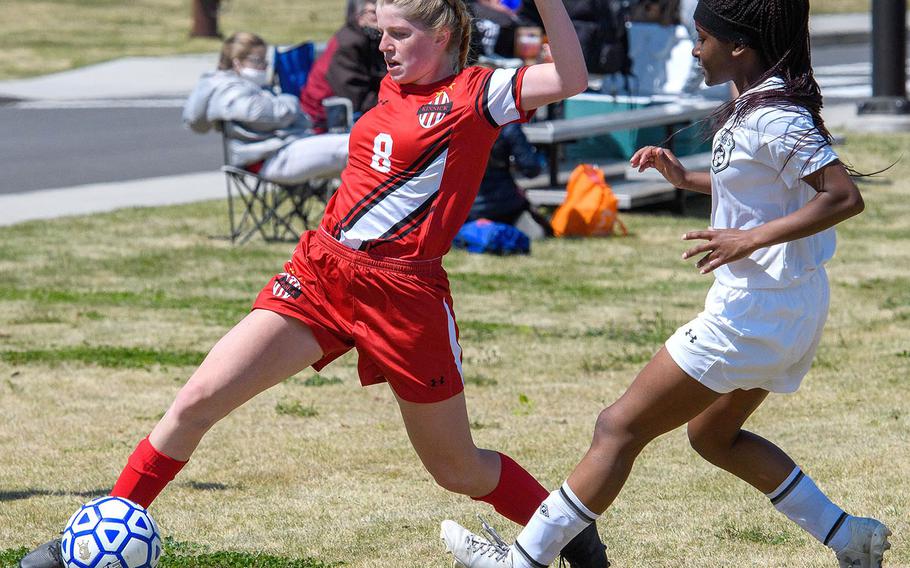 What better way to end about 23 months away from the pitch by winning your first two matches back and get your 300th career coaching victory?

That was Nile C. Kinnick, and its 17th-year coach Nico Hindie, finally back on the field after the entire 2020 season was canceled due to concerns over the coronavirus pandemic.

“Just seeing the kids play and the smile on their aces is fantastic,” said Hindie, who’s taught and coached on and off at Kinnick since the mid-1990s. “And to win it against a (high) caliber Yokota team that is well coached and always tough at home, it feels fantastic.”

The Panthers led 2-0 late on goals by Emma Ball and Lily Wellons, before the Red Devils struck for two goals by Lau and one by Elmoutawakel to win it.

It was a Red Devil of a weekend for Kinnick soccer, as the reigning 2019 D-I champion boys also won twice, both by shutout, 6-0 over Zama and 4-0 over Yokota at Camp Zama. Otto Eisenhardt led the way with three goals and keeper Trey Nelson made five total saves.

“We played with confidence, we had a keeper who was a wall in the back, position groups really worked well together, we found our communication on the field; we just had fun,” Kinnick coach Tim Rippeth said.

Action got underway in all spring sports in Japan after DODEA headquarters gave the approval earlier last week for five of DODEA-Japan’s six high schools to take the field.

On the girls side, the undermanned Cobras got four goals from Alyssa Garcia as they blanked Perry 6-0 and 5-0. King did not have enough players for a full roster, so Perry shared three of its players to allow the Cobras to take the field.

“Two small schools, what we have to do to have a season,” King coach Travis Elliott said. “It made me incredibly grateful.”

It was also a solid beginning for Kinnick’s and King’s baseball teams, which got superb performances out of their No. 1 pitchers.

Sebastian Hineman threw a no-hitter, striking out 11, as the Red Devils downed Yokota 6-1 at Yokosuka Naval Base’s Berkey Field, en route to a two-game sweep of the Panthers.

“I would love to see a duel between our teams with those two on the mound,” Red Devils coach Brandon Donat said. “They are the stud pitchers of this season.”

Daegu played a better game defensively and goalkeeper Brianna Rodriguez, who’d been struck in the face with a kicked ball in the March 20 season opener, played solidly against the Blackhawks, coach Austin King said.

“We’re a very good team,” he said. “We’re going to be in a strong position come next weekend” and the DODEA-Korea finals April 30-May 1.

Celes Matthews had Osan’s lone goal in the Cougars’ 1-0 shutout of the Blackhawks.

Striker Austin Mills scored five times, pacing Humphreys boys to a 4-1 win over Daegu and 3-1 over Osan. Mills leads DODEA-Pacific with 10 goals, one more than Stickar.

On the diamond, Humphreys’ baseball team scored six times in the top of the fourth and held off Daegu 9-8. The Blackhawks had a much easier time in blanking Osan 28-0, as Beau Carson and Ian Hayes each drove in four runs.

In softball, Humphreys, Daegu and Osan each won one and lost one: The Blackhawks routed the Cougars 21-4, Osan rebounded to down Daegu 11-1 and the Warriors came back to edge Humphreys 6-5. Zoe Weidley of Humphreys led all batters, going 5-for 7 with a homer and eight RBIs.

And on the basketball court, senior Myles Johnson erupted for a school-record 55 points, powering Humphreys’ Black squad to a 101-69 pounding of Osan’s Black team.

“He had one of the better games I’ve ever seen,” Blackhawks coach Ron Merriwether said, adding that Johnson “let the game come to him. You get better results when you’re not forcing things.”

Kadena’s Ackles scores twice in shutout winAngelina Ackles hyperextended her right knee during a Monday practice and after Friday’s 3-0 shutout of Kubasaki, the Kadena senior said she wanted many times to just walk off the field, the pain was so great.

“But I knew the team needed me, so I couldn’t give up on them,” Ackles said after scoring two first-half goals. Alexis Champion put the rebound of an Ackles shot into the net in the second half. “My teammates helped me out a lot. I couldn’t have done it without them.”

In the boys’ match, Taiga Croghan, a freshman, knocked in a Marcus Pilapil corner kick as the Dragons shut out the Panthers 3-0 to level their season series 1-1. But it was the first goal, by Kia Fowler, in the first half that made the difference, coach Chris Eastman said.

“It’s easier to play with a lead,” he said. “When the other team is chasing the game, it helps us out.” Kadena won the season opener 1-0 on March 24.

Kadena and Kubasaki have also played their share of close battles on the diamond. The most recent came on Friday, when Alyssa Frank drove in two runs with a two-out double to lift the Dragons past the Panthers 9-8, Kubasaki’s first win in four tries against Kadena.

“I was so nervous going up to bat for my last time,” Frank said. Kadena won a 5-4 walkoff two days earlier and the teams played to an 8-8 tie just before the spring break on March 19.