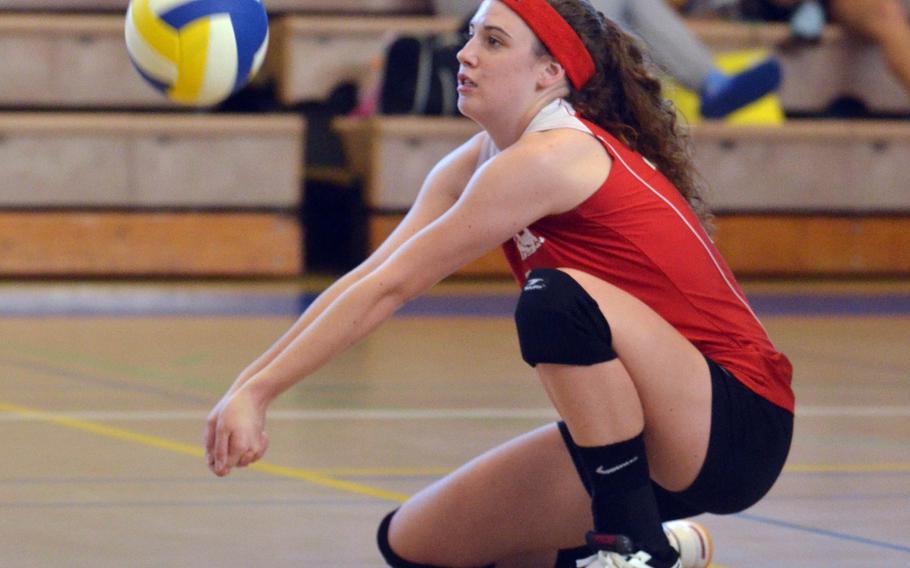 Nile C. Kinnick's Katrina Reid gets one of her team-high eight digs against Robert D. Edgren. (Dave Ornauer/Stars and Stripes)

Nile C. Kinnick's Katrina Reid gets one of her team-high eight digs against Robert D. Edgren. (Dave Ornauer/Stars and Stripes) 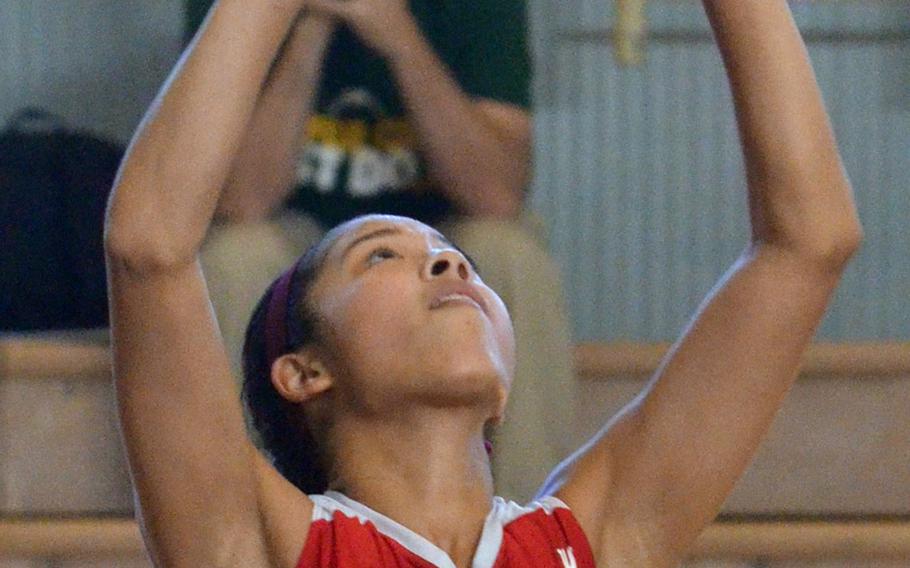 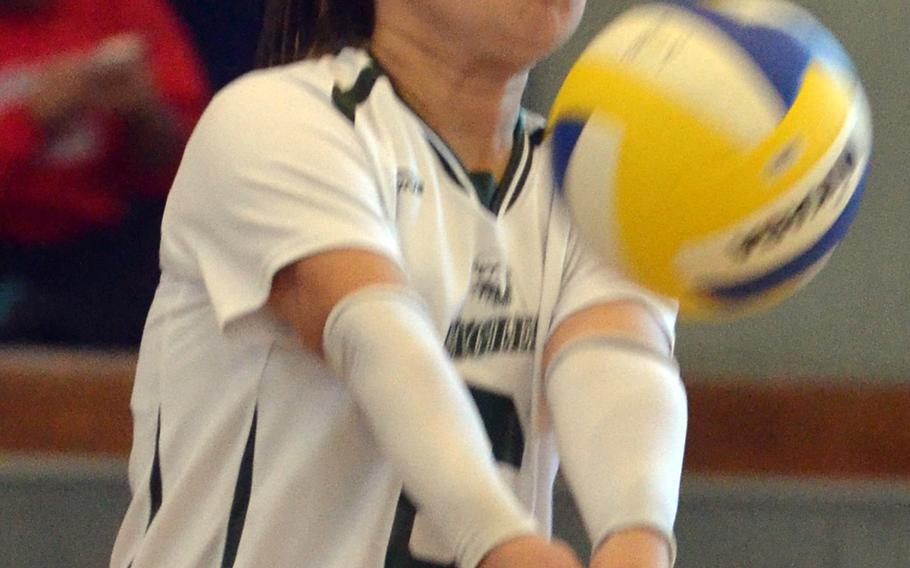 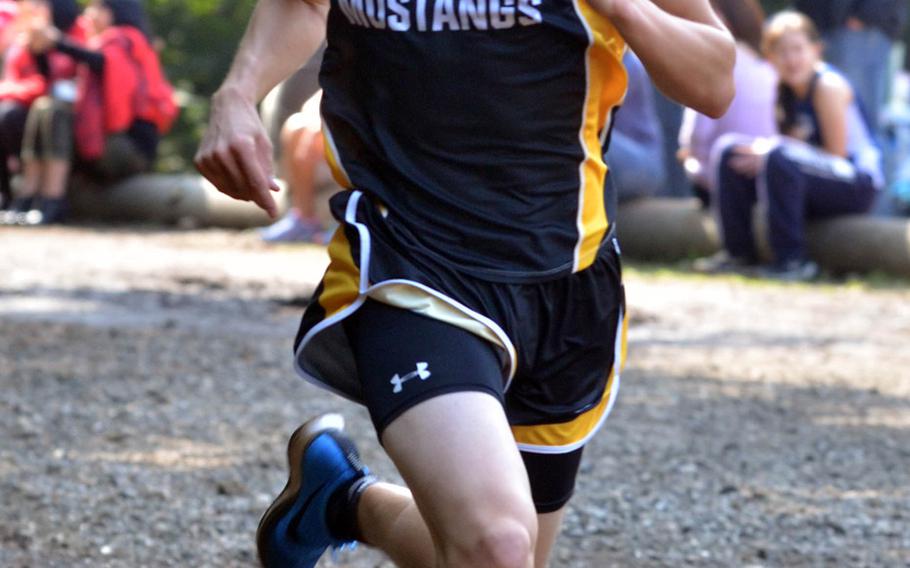 Evan Yukevich of American School In Japan heads for the finish and a first-place time of 14 minutes, 51.1 seconds in the Kanto cross country finals at Tama. (Dave Ornauer/Stars and Stripes) 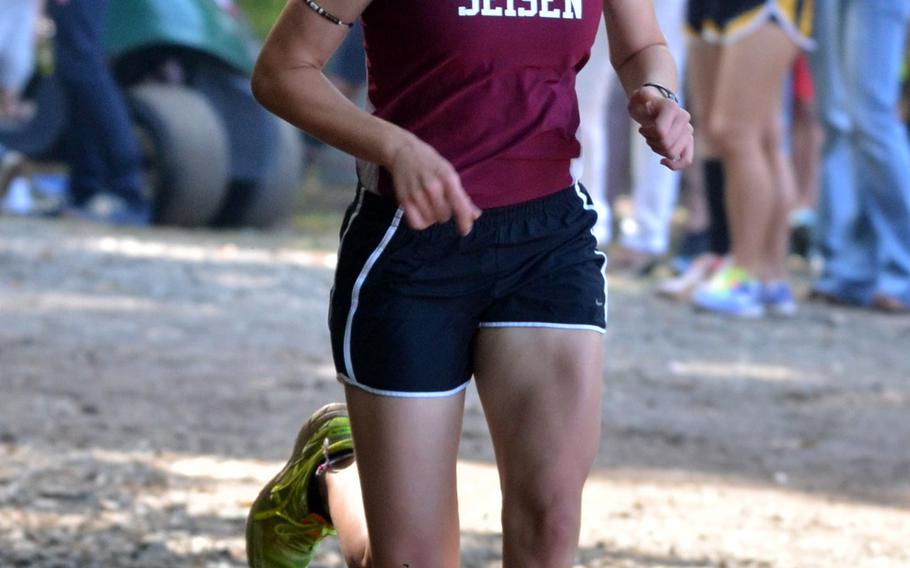 Seisen International's Brittani Shappell heads for the finish and a first-place time of 12 minutes, 34.1 seconds in the Kanto cross country finals at Tama. (Dave Ornauer/Stars and Stripes) 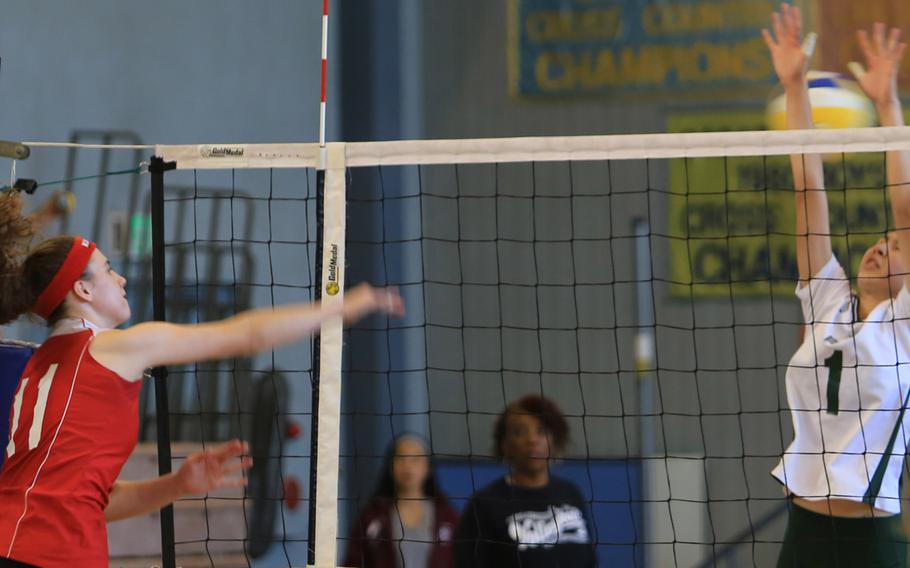 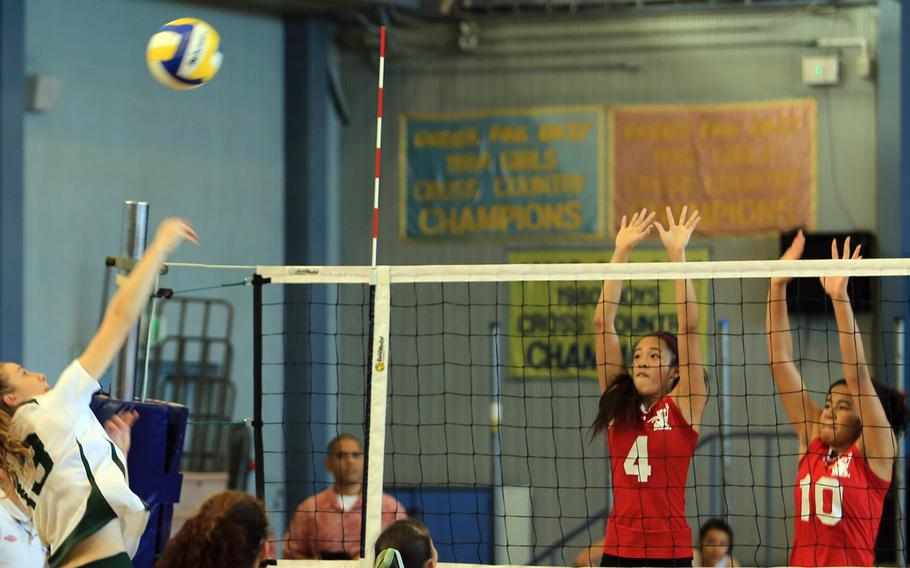 YOKOTA AIR BASE, Japan – Coaches always love learning that they have backup options to use when a star is absent or injured.

“You just tell her what to do, she says, ‘Yes, coach,’ and goes out there and does it and tries her best. That’s what I love about her.”

Kinnick has won the tournament in every year of its existence. Edgren reached the final for the first time. The Eagles are 0-4 in four matches with Kinnick, but three went at least four sets, and one went to five.

The Eagles fought to the wire in the first three sets, but seemed to let up a little in the last set, which the Red Devils won easily. Edgren coach Sarah Richardson attributed Kinnick’s success against the Eagles to the Red Devils’ experience and Edgren’s lack of it.

“The only time we experience this is when we get to tournaments,” said Richardson, whose Eagles only played eight regular-season matches. “These other teams have great competition all the time. My kids don’t have that.”

Kinnick rallied from a slow start in the first set and won a back-and-forth battle. In the second, the Eagles trailed 24-16, but Naomy Montanez served out nine straight and Edgren fought off eight set points before two Katrina Reid kills gave the Red Devils the set.

The Red Devils rallied from a 16-9 third-set deficit and led 22-18 before the Eagles got seven straight points to close it. Kinnick controlled the last set from start to finish to cap its title run.

The next competition for each team is the Nov. 3-6 Far East Tournaments, Division II at Zama and Division I at Yokota.

Shappell, who has posted the fastest times in the Pacific at various distances, remained unbeaten, posting a time of 12 minutes, 34.1 seconds on Tama’s 2.1-mile girls course.