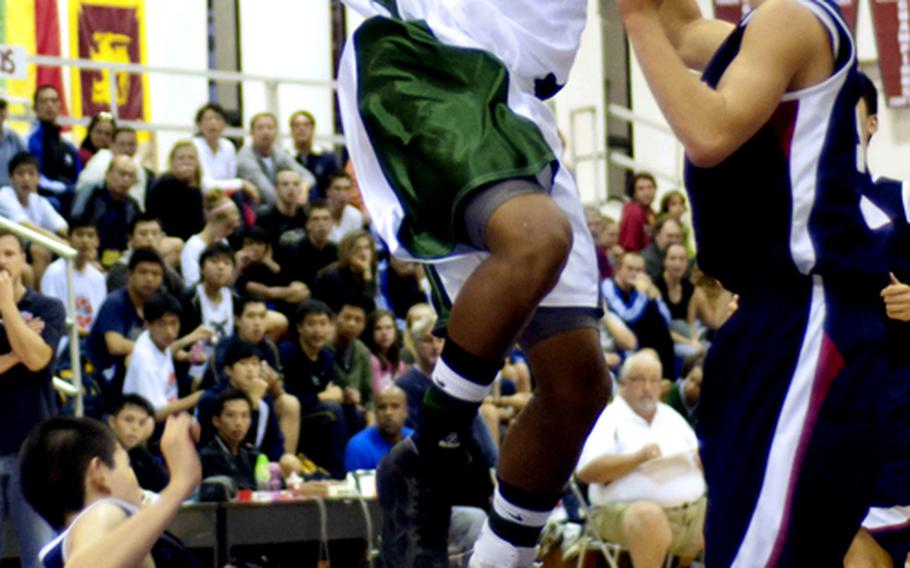 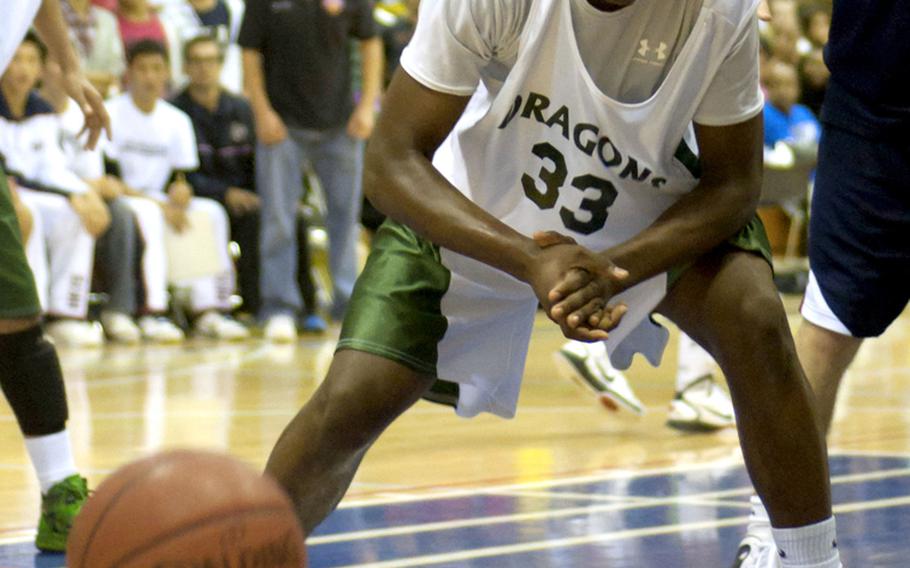 Buy Photo
Kubasaki center Kentrell Key grimaces in frustration as he loses the ball out of bounds against Hong Kong International during Saturday's boys championship game. (Alexander Stoeckel/Special to Stars and Stripes) 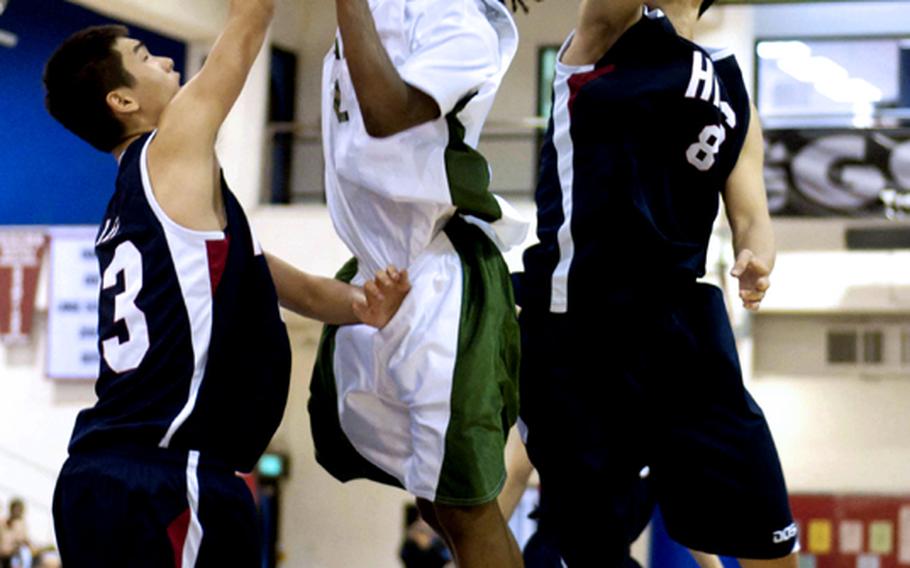 Yamaguchi racked up 25 points and Key, saddled much of the game by foul trouble, hit the game-winning foul shot with 16 seconds left as Kubasaki edged host Hong Kong International 76-75 in an epic final.

&ldquo;They&rsquo;ve taken their lumps,&rdquo; Kubasaki coach Jon Fick said. &ldquo;It&rsquo;s doubly special for those two because they have worked so hard. Without those guys &hellip; as they go, we go.&rdquo;

It was Kubasaki&rsquo;s third title in this tournament and the Dragons&rsquo; first since 2001. Hong Kong, which lost to Kadena of Okinawa last year, came up one point short in its bid for an eighth Hong Kong tournament title.

&ldquo;These guys fought back,&rdquo; Hong Kong coach Jeremy Evans said of his Dragons, who trailed by 13 at one point. &ldquo;I&rsquo;m proud of them. I hope we see them (Kubasaki) again&rdquo; in the Far East Division I Tournament in February on Guam.

Lawrence Lee gave Hong Kong its biggest lead, 18-6, on a backdoor layup with 1:30 left in the first quarter.

Then Kubasaki went on a 48-22 run, capped by a foul shot by Yamaguchi, the tournament&rsquo;s Most Valuable player, with 3:50 remaining in the third period.

Hong Kong then charged back. Lee put the Dragons ahead 56-55 with 20 seconds left in the period and the game see-sawed until the end, when Key hit the winning foul shot.

&ldquo;I had to make the free throw. It was all on me,&rdquo; Key said. &ldquo;It&rsquo;s a lot of pressure, but I had to come through. I had to do it for my team.&rdquo;

Junior A.J. Watson fouled out and three other Kubasaki players finished the game with four fouls.

&ldquo;We had to come out, hustle as a team, reach down, we still had to go for it,&rdquo; Yamaguchi said.

The win came despite a monster performance by Hong Kong senior Adam Xu, who scored 29 points, 12 in the fourth quarter including two three-point goals, and 10 assists, five coming in the first quarter including the basket by Lee that made it 18-6.

&ldquo;Give Hong Kong credit. Give Adam credit. He was on fire,&rdquo; Fick said. &ldquo;They fought back. It was an unbelievable high school basketball game. It was fun to be here.&rdquo;