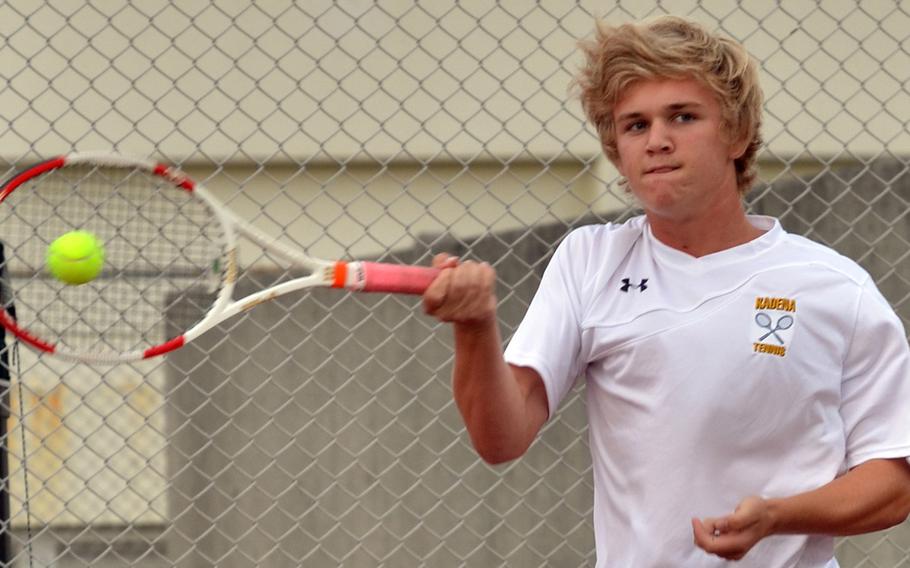 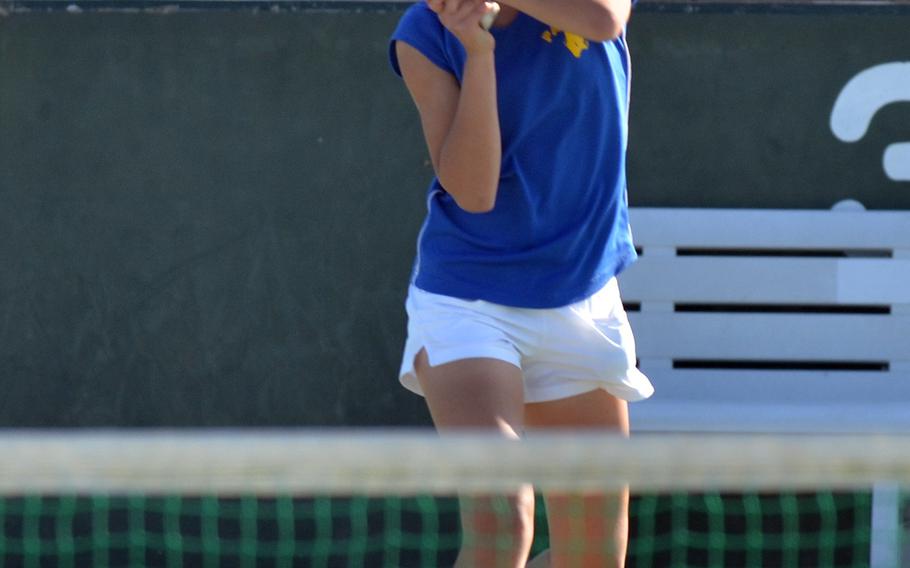 Yokota's Kaia Austin is considered one of the leading girls contenders in the Far East Tournament. (Dave Ornauer/Stars and Stripes) 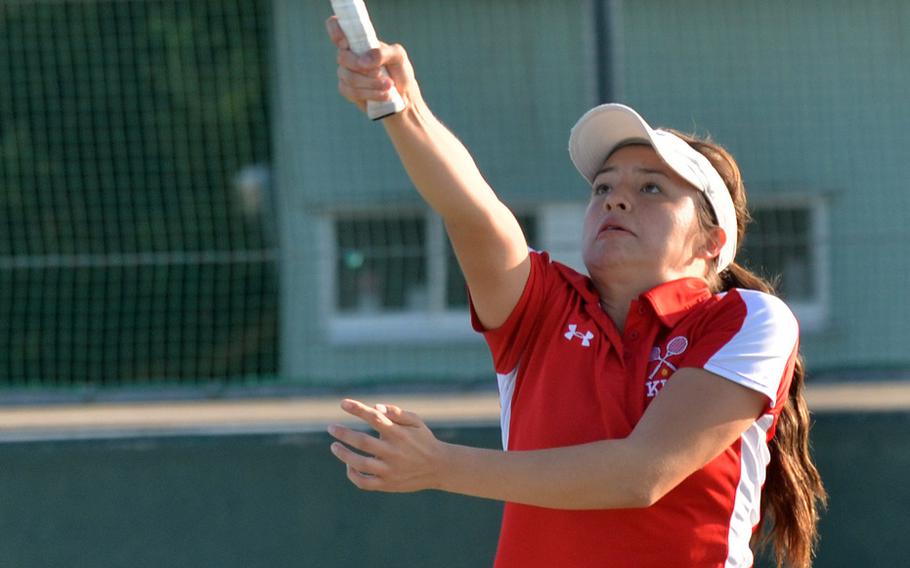 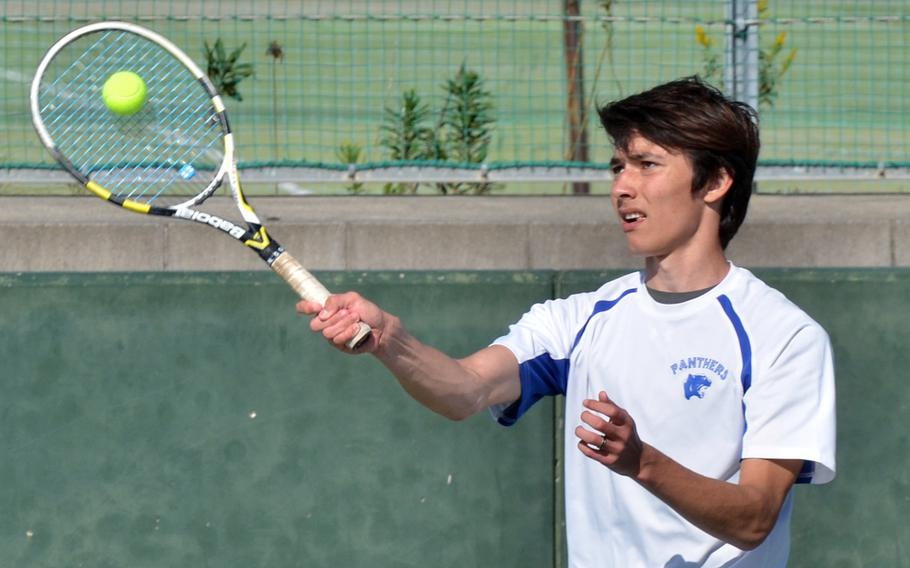 SHIRAKO, Chiba Prefecture, Japan – In the three years since their return to the Far East High School Tennis Tournament after an eight-year hiatus, American School In Japan has been dominant, especially on the boys side. The Mustangs won the overall school banner a year ago.

But there are new challengers on the horizon, if Tuesday’s Kanto Plain finals were an indicator. St. Mary’s International’s boys, led by move-in Marius Ruh, and Seisen International, with sophomore Mathilda Piras, could be the next ones, coaches of all three teams say.

“We’re lucky to have him,” Titans coach Tomas Molina said of Ruh, who transferred from his native Germany, where he played ITF juniors. He went unbeaten in the regular season and was set to play teammate Ray Maejima in Friday’s Kanto singles final. Ruh is the Far East No. 1 singles seed and teammate Juan Borga is the No. 2.

Piras, who upset ASIJ’s Lili Kobayashi for the Kanto singles title, headlines a Phoenix team that coach Mike Shappell calls the deepest he’s ever had. “The distance between my bottoms and tops is way better this year,” he said.

On the boys side, the Mustangs are facing what coach Jen Brown calls a “rebuilding year” with the last two Far East singles winners, Ken Ishihara and Yosuke Higashi, gone. But even though Seisen and St. Mary’s are sister schools, they can’t by tournament rule play for the overall school banner, meaning ASIJ has a good chance to repeat.

“We seem to have this rivalry, it goes back and forth, we take it for a couple of years and then they (St. Mary’s and Seisen) take it,” Brown said. “It’s great for both of us. It’s what tennis is about.”

It all means a stern challenge for DODDS players hoping to keep up with their international cousins, and DODDS players and teams face a handful of disadvantages in accomplishing that task, DODDS coaches say.

“We take it seriously, but our kids in a school this small compete in several sports,” said Yokota’s Tommy Palmer. “Whereas they are very serious tennis players. They (international schools) recruit players. And they play year-round. We just get what we get and they move in and move out. We’re lucky if we get a kid for all four years.”

Still, DODDS players will soldier on, with Okinawa champion Nic Lay of Kadena and DODDS Japan champion Rikki Kendall of E.J. King among those hoping to make a dent in the international juggernaut. Seoul American’s top singles player Nick Gagnet and Palmer’s No. 1 Chris Beemsterboer, along with Zama’s Trayland Rose, might also be in the running.

On the girls side, Seoul American coach David Abbott says he hopes his top two, Grace Cho and Ashley Shirriff, will have a “shot at being competitive and maybe a shot at the title.” Palmer cited his own top two, Rimi Bargmon and Kaia Austin, as being “very strong.” Okinawa champion Lily Oliver hopes for similar results in her freshman year.

“Nervous, excited attitude” heading into Far East, Abbott said. What will it take for one of the DODDS hopefuls to rise up and knock off one of the international-school stars?

“Skill, talent, confidence, consistency, putting it all together and make good happen,” Kadena coach Amie Woo said. “Patience, timing, knowing where-and-when strategy, knowing where to place it and knowing when to do it. Putting it away.”