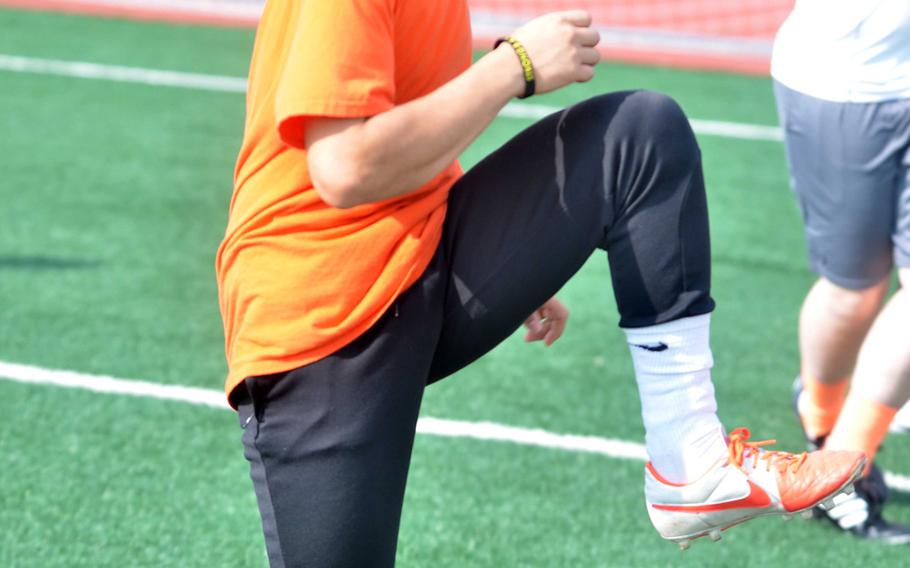 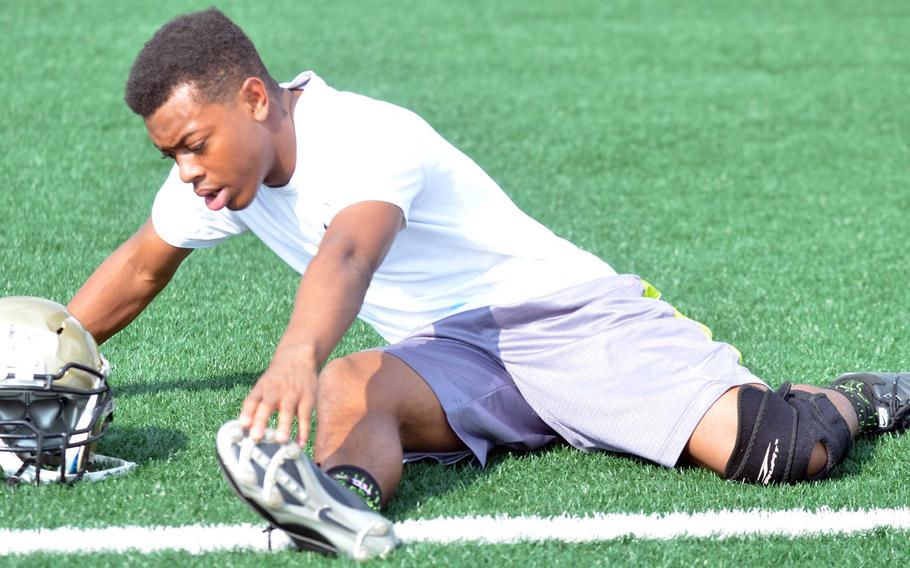 CAMP HUMPHREYS, South Korea – For Humphreys football coach Aaron Mundy, the timing could not have been better for an infusion of badly needed beef.

Senior Will Gonzalez and junior Jimmy Scoggins, each about 210 pounds, checked into the second-year school this week, the Blackhawks’ first-year coach said. They won’t have enough practices to be eligible for Friday’s home opener vs. Seoul American, but it makes Mundy breathe easier.

“It puts a smile on my face,” Mundy said Thursday, the day before the Blackhawks played their first game as a varsity team; a year ago, under Tim McDaniel, Humphreys played as a non-varsity entity.

The two new arrivals will help escort a backfield that at the moment is facing a problem. A player Mundy had counted on to play there quit the team, and Mundy is planning to take senior Steven Conkright, nominally a tight end-defensive end, and ask him to disguise himself as a tailback.

“I’m a bit nervous about that,” Mundy said. “I’m happy, but reserved about my excitement at the same time.”

Mundy may be new to Humphreys but he’s hardly new to football. For two seasons, he coached at Osan before taking the last two years off to “recharge the batteries,” he said.

The Blackhawks began workouts almost two weeks ago with just 20 bodies, 15 of whom desired to play skills positions, Mundy said. Now, the total is 26, and for the first time, the team was able to stage a full-pad scrimmage on Wednesday, without help of soldier-volunteers.

While the Blackhawks hope to play competitively against Seoul American, a Division I school, “the Osan and Daegu games are the ones that count,” Mundy said of the team’s Division II schedule.

Humphreys plays Osan and Daegu three times each; the one with the better record of the three travels to play the top Division II team in Japan on Nov. 7.

“Osan will be a good test; they’re probably in the same boat” as the Blackhawks in terms of numbers and size, Mundy said. “Daegu is more established than we are (but) I think we’ll be as competitive as anybody. … It’s who goes in better prepared and focused.”

Though they’re a varsity startup, 12 Blackhawks return from last season, eight of them senior starters, including diminutive Osie Cruz, who’s also played for Osan and for Zama in Japan during his high school years.

The potential is there, Mundy said, for a big season in Blackhawk country, certainly when everybody is healthy and ready. “It’s lack of depth that I’m worried about,” he said.