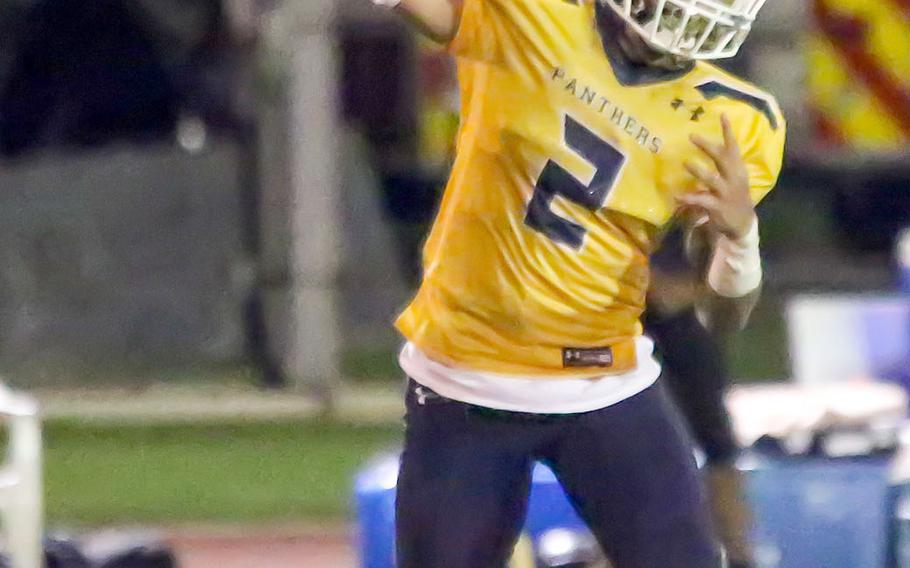 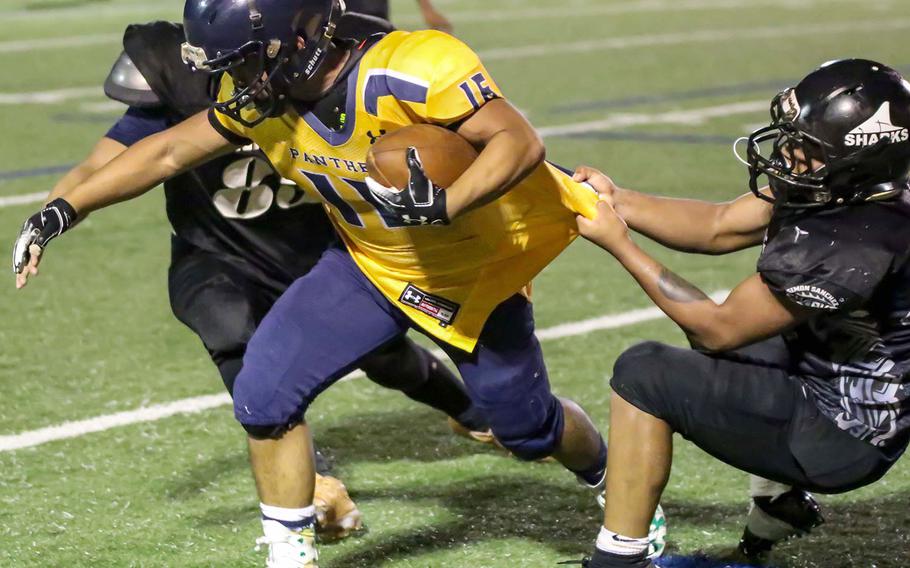 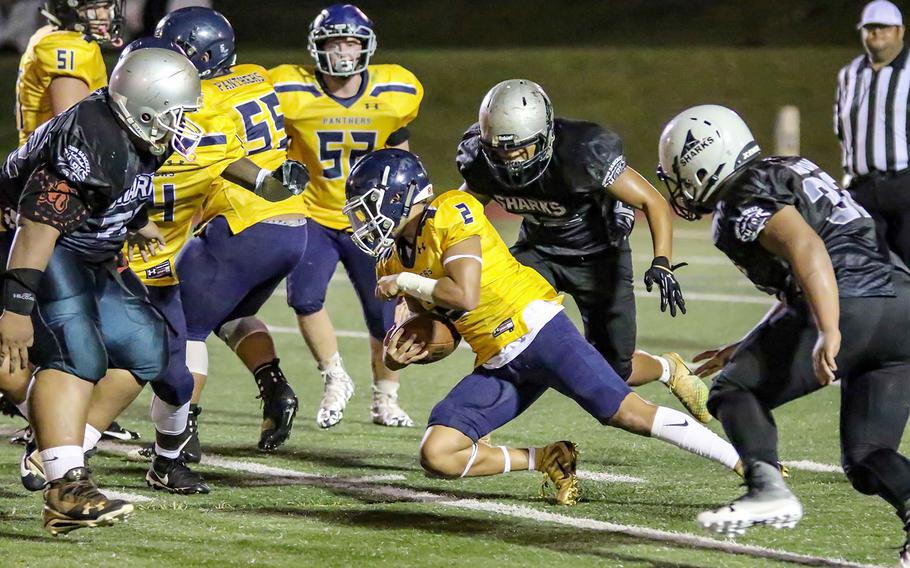 Guam High quarterback Travon Jacobs slips through a gaggle of players on both teams for a handrful of yards. (Donna Rhodes/Special to Stripes) 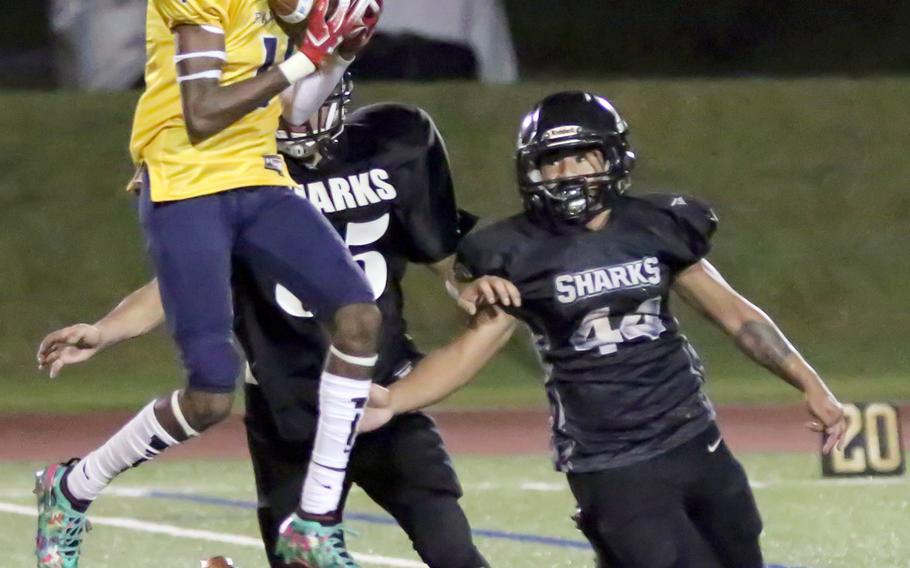 Guam High receiver A.J. Johnson goes up for one of his six catches for 120 yards in what coach Jacob Dowdell called his "breakout" game of the season. (Donna Rhodes/Special to Stripes)

AGANA HEIGHTS, Guam – Just as the season appeared to be slipping away for Guam High, Travon Jacobs stepped up to score perhaps the most important touchdown for the Panthers this season.

The junior quarterback ran 2 yards for a touchdown and Isaac Castro ran in the two-point conversion with a minute left, then Nicholas Keefe recovered the fumble of the ensuing kickoff and the Panthers rallied from a 14-0 deficit to upset Simon Sanchez 20-14 on Friday at Panthers Field.

With the win, the Panthers improved to 4-2 on the season and crept to within a half-game of George Washington (4-1) for second place in the regular season, and a chance to avoid facing league-leading and four-time defending champion Father Duenas (5-0) in the playoff semifinals next month.

“They showed a lot of grit and determination,” coach Jacob Dowdell said after a game he called a “thriller.”

The Sharks (3-2) still have a shot at a higher playoff seed, but now face a must-win at George Washington on Oct. 4 to have a chance at finishing second in the regular season and also avoid facing the Friars in the semifinals.

“Simon Sanchez is a great team, very hard nosed,” Dowdell said. “Nothing comes easy for us. All around tonight, we learned how to fight. Everybody stepped up as a team.”

Jacobs finished 16-for-36 for 203 yards and a touchdown and rushed 10 times for 78 yards including the game-winning TD. A.J. Johnson had what Dowdell called his “breakout performance,” with six catches for 120 yards and a TD. Jayson Jackson returned a kickoff 80 yards for a score.

The Panthers get a victory by forfeit next week; Okkodo lost its first game of the season, then forfeited out of the rest of its games. Guam closes out the regular season at Southern on Oct. 5.

And they’ll have to do it without two linebackers who were injured during Friday’s game. “We just have to finish. We have to adjust and keep moving forward,” Dowdell said.