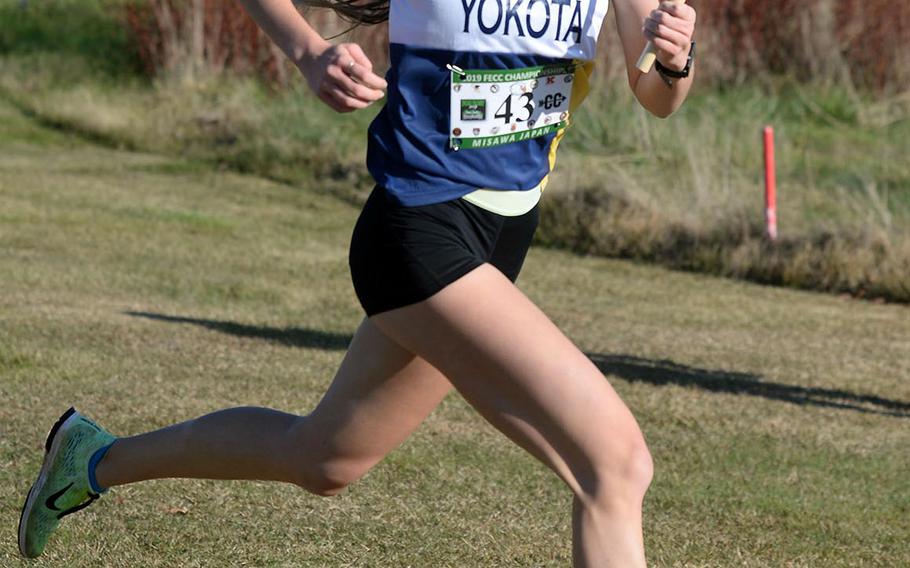 Buy Photo
Yokota junior Aiko Galvin will get a chance to defend her Far East cross country individual and team championships, after all, now that the Far East meet has been revived as a virtual event later this fall. (Dave Ornauer/Stars and Stripes)

They won’t be running on the same course. They won’t even be running at the same time. Or maybe even the same day. But the top cross country runners in DODEA-Pacific will be competing for Far East titles after all.

The event will go virtual this year, the organization said Wednesday via a statement from spokeswoman Miranda Ferguson and an email from DODEA-Pacific athletics coordinator Tom McKinney to the region’s athletics directors.

“I’m thankful that we’re trying to make the season as meaningful as possible,” Yokota coach Dan Galvin said after learning the news. His Panthers took all the D-II banners there were to take a year ago, including top honors for his daughter, Aiko, in the girls event.

The meet, open only to DODEA-Pacific schools, will take place at various locations between Nov. 21 and Dec. 12, with results to be announced Dec. 18, McKinney and Ferguson said.

“Due to COVID-19, an in-person Far East meet is not possible at this time, (but) we look forward to providing this unique opportunity to our student-athletes,” Ferguson’s statement said.

Teams must run on a regulation 400-meter track, seven boys and seven girls per team, with five runners scoring and the other two pushing for a total of 12½ laps, McKinney said. All runners from a school must compete the same day.

Schools that don’t have a track, such as Osan and Daegu in Korea and Nile C. Kinnick in Japan, can run on another school’s track “so long as travel is supported by installation (health protection condition) guidance,” Ferguson said.

“If travel is not permissible, teams may identify another area on base to run,” she said.

DODEA-Pacific officials announced at the school year’s start that no Far East tournaments would take place due to precautions against the spread of coronavirus. But virtual technology permits Far East cross country to take place, officials said.

“It might be the only Far East we have all year,” Kubasaki coach Michael Hogen said.

“They’re starting to feel better about the season,” Galvin said of his teams’ reactions.

DODEA-Japan schools have not gotten the go-ahead to compete with each other, but four of the six schools began workouts the week of Sept. 21.

Kinnick and E.J. King remain sidelined due to command concerns. Matthew C. Perry is not fielding a team due to lack of runners, athletic director George Williams said.

Kinnick, the defending Division I champion, is waiting for Yokosuka Naval Base command to approve a plan the school has submitted, athletic director Joey White said. “We will know something soon,” he said. “It’s looking up.”

Red Devils coach Luke Voth said that while he’s disappointed his team hasn’t gotten the go-ahead to begin workouts, “I do understand (the command’s) concerns. The ships depend on healthy crews.”

Korea schools began tryouts and practices on Oct. 6, a late start which “put us behind where we’d like to be as a team,” Humphreys coach Amy Gleason said.

Daegu is fielding a school-record 22 runners and should field complete teams for the first time at a Far East meet, coach Kevin Anglim said.

Running on a track instead of the more challenging courses “sounds miserable,” Yokota senior Katherine Frost said. “But we’re looking forward to trying to defend our title. We’re excited for Christmas.”