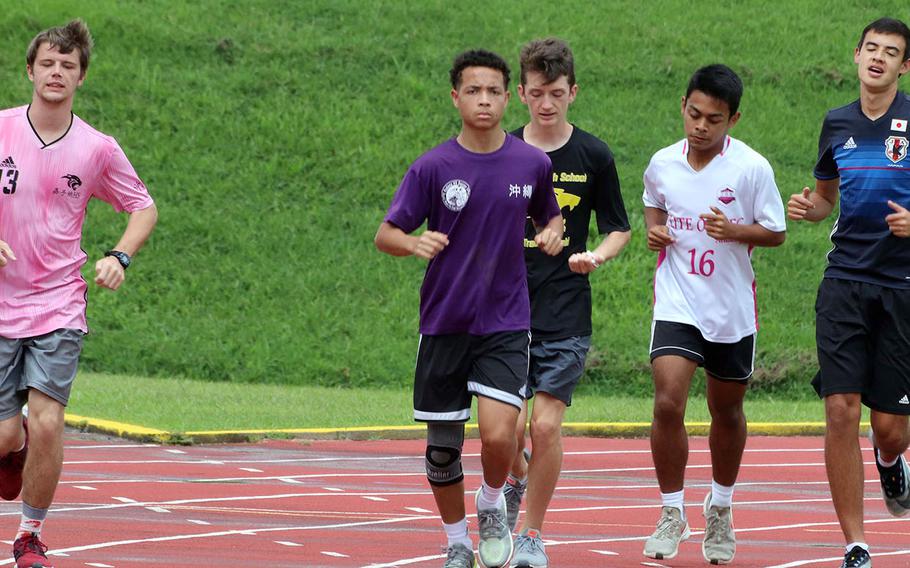 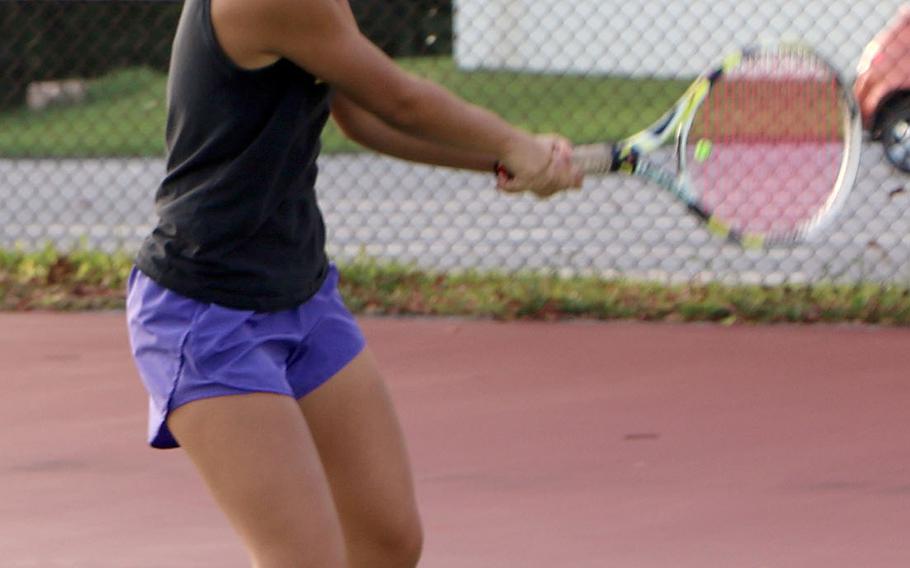 Senior Noelle Asato is one of a handful of returners for Kadena tennis. (Heather Mendoza/Special to Stripes) 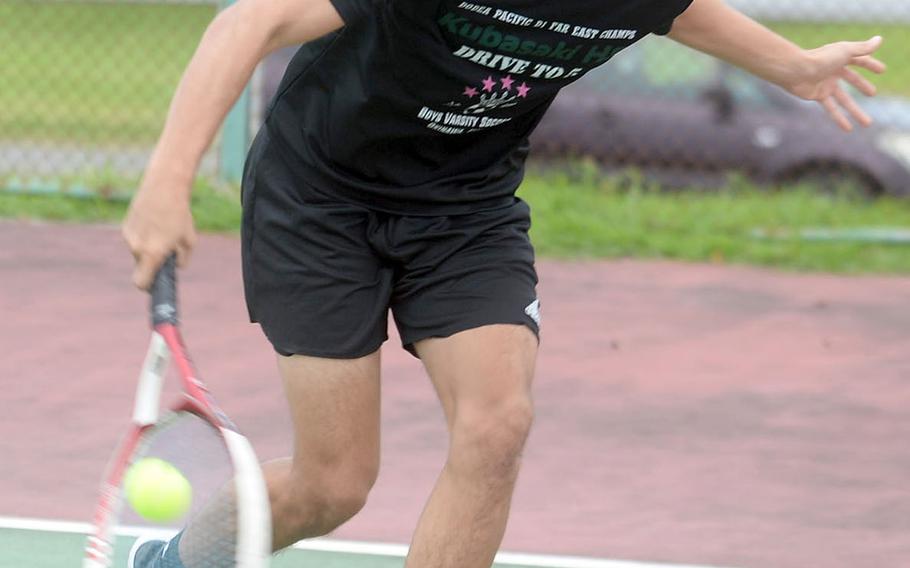 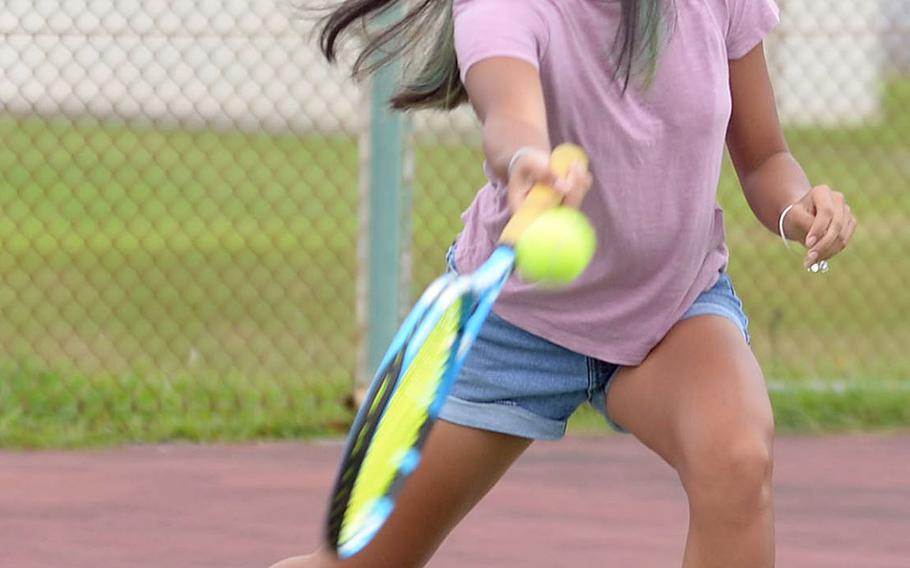 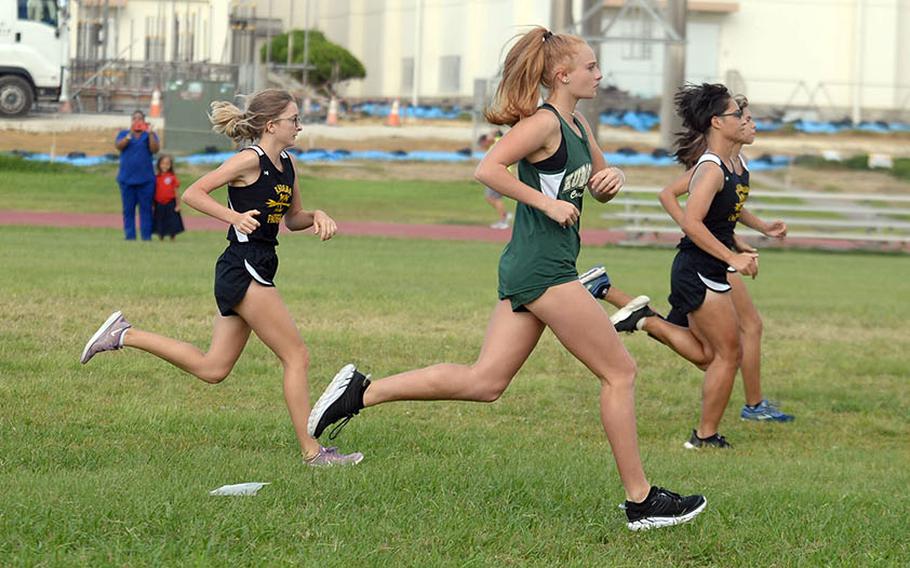 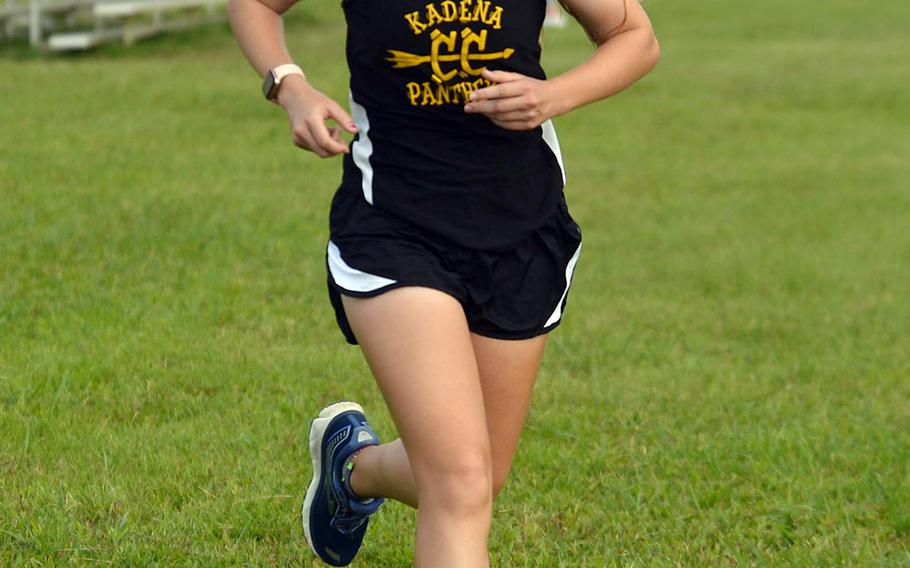 KADENA AIR BASE, Okinawa – All last season, Sierra Taysom kept finishing first among girls during Okinawa cross country races, but her times wouldn’t count for Kadena because she was a middle-school runner.

This year, she’s a freshman, so her first-place finish Friday during the opening race of the Okinawa season finally counted in the team points.

Taysom posted a winning time of 22 minutes, 10 seconds for a Kadena team that took first in both the boys and girls team competition to open the season. Arthur Parra of Kubasaki won the boys race in 16:59.

It was the second day of the first regular season competition within DODEA-Pacific since March 25 on Okinawa. Golf dodged raindrops most of the day Thursday, but Kubasaki’s boys and Kadena’s girls prevailed in the scramble event at Taiyo Golf Course in Gushikawa.

Four of six DODEA schools in Japan are practicing golf, tennis and cross country, but at this point unable to travel to face each other. DODEA’s schools in Korea began tryouts on Tuesday.

Being the top dog “puts me in a state where I have to work harder,” he said of being alone in front, running against the clock.

Parra is joined by fellow seniors Jaeson Espina and Sebastian Scherry on what new coach Michael Hogen says could be a competitive Dragons boys team. The girls are looking at “massive improvement,” Hogen said, and should “develop a nice base for years to come.”

GolfKubasaki’s golf team welcomes athletics director Jon Fick as its new coach, and its boys broke out of the gate quickly behind a senior-laden roster featuring Bryce Tobin, Drake Williams and Angelo Medeiros. Kyla Golihugh is the established veteran on the girls side.

Bernd Lembcke returns as Kadena’s coach and welcomes back veterans Austin Barnes and Kaleb Albert, plus newcomers Beau Black and Matt Ray, who crosses over from cross country. Freshman Caroline Trowbridge appears a future star in the girls lineup.